Some of London’s community gardens have been going for decades.

But they were really ahead of the Curve.

Open since 2010, this Dalston oasis might be relatively young, but its creepers and wildflowers have already put down roots in the local community. Staunchly devoted to connecting Hackney residents, especially those at risk of isolation or loneliness, the Dalston Curve Garden has become a thriving, leafy haven in one of London’s most built-up areas. 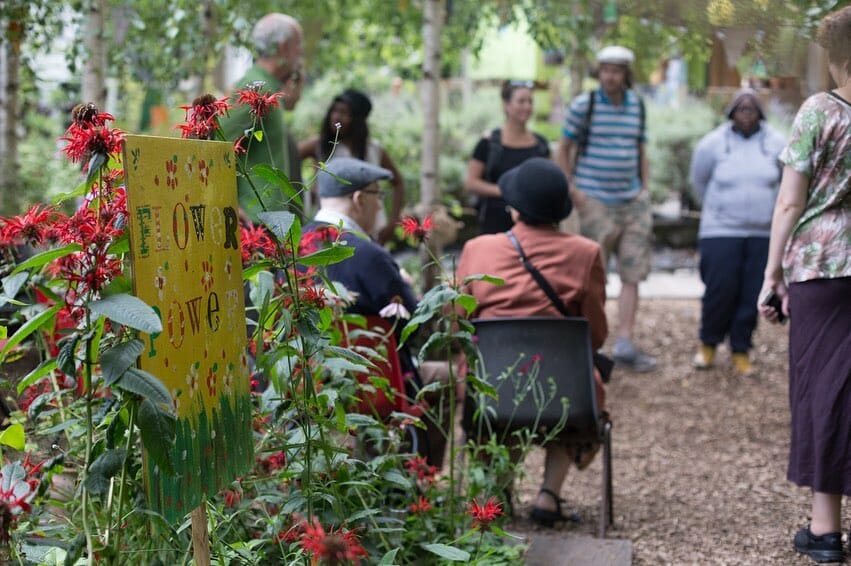 The good news is that you don’t have to be a local to visit – they’re open to the public every day of the year. And, like all the best things in life, but so very few things in London, it’s free to go.

You’ll spot the entrance, a brightly coloured stretch of fencing, nestled next to the huge Hackney Peace Carnival Mural just opposite Dalston Junction station. Until 1965, another track curved out of the station along to the east, leaving a disused plot of land in its wake, and now giving the garden its catchy moniker.

Over the past ten years, the founders and their fleet of green-fingered volunteers have worked hard to transform the former wasteland into a bucolic paradise. Inside is a warren of pathways overhung with festoon lighting, weaving through saplings, reclaimed planters blossoming with wildflowers, and plots filled with ripe fruit and veg. This is an urban garden, though, so you’ll also be able to spot murals and stickers by renowned street artist Stik (three of which were stolen – from a community garden – but recovered a year later), and a giant polyurethane mushroom courtesy of Christiaan Nagel. 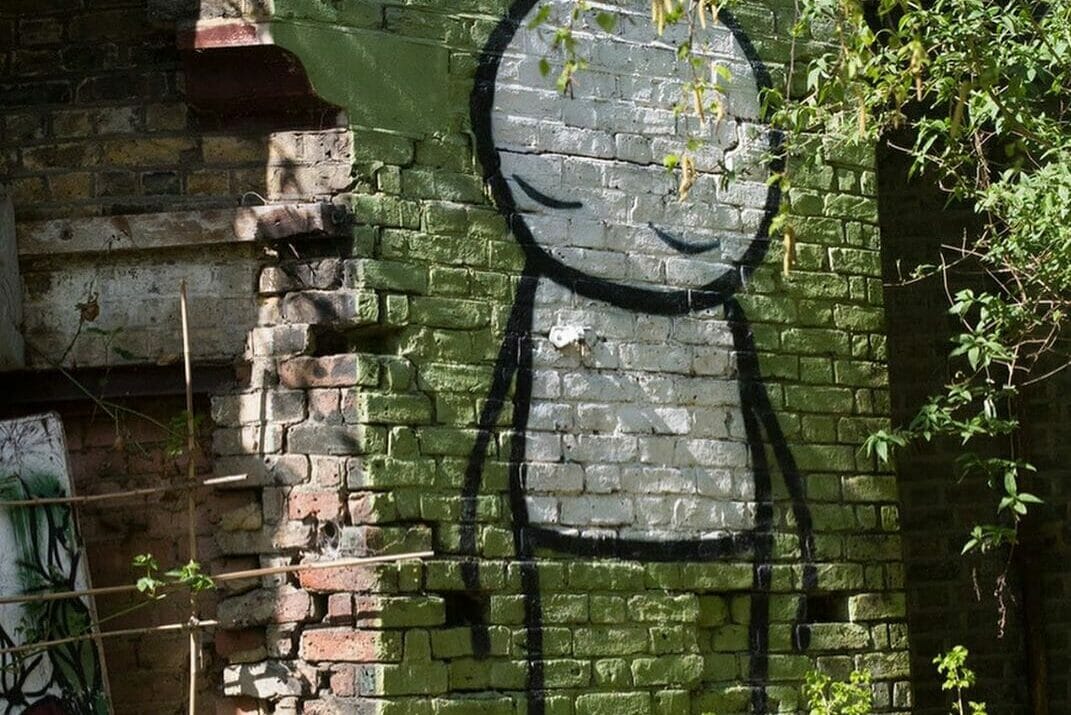 There are tables, chairs and benches scattered throughout the garden, and you’re more than welcome to bring a picnic. Just don’t bring any booze – mainly because you can’t – but also because they’re licensed to sell some of East London’s finest craft brews, as well as wines, spiced cider, and freshly squeezed lemonade. On warmer weekends, the Latto’s Pizza team come and fire up the wood-fired oven, while on the remaining 363 days of the year, the covered Pavilion café serves up cakes made with fresh ingredients from the flowerbeds.

Bonus points to anyone who tracks down the baking soda tree.

The Dalston Curve Garden’s open all year round, thus allowing you, at various times of year, to admire new spring shoots poking through the ground; spend a dusky evening watching live acoustic music on the Woodburner stage; wander through the garden after dark at their pumpkin festival (featuring no less than 1,000 candlelit gourds) or sip mulled wine around a campfire, surrounded by dozens of handmade paper lanterns. 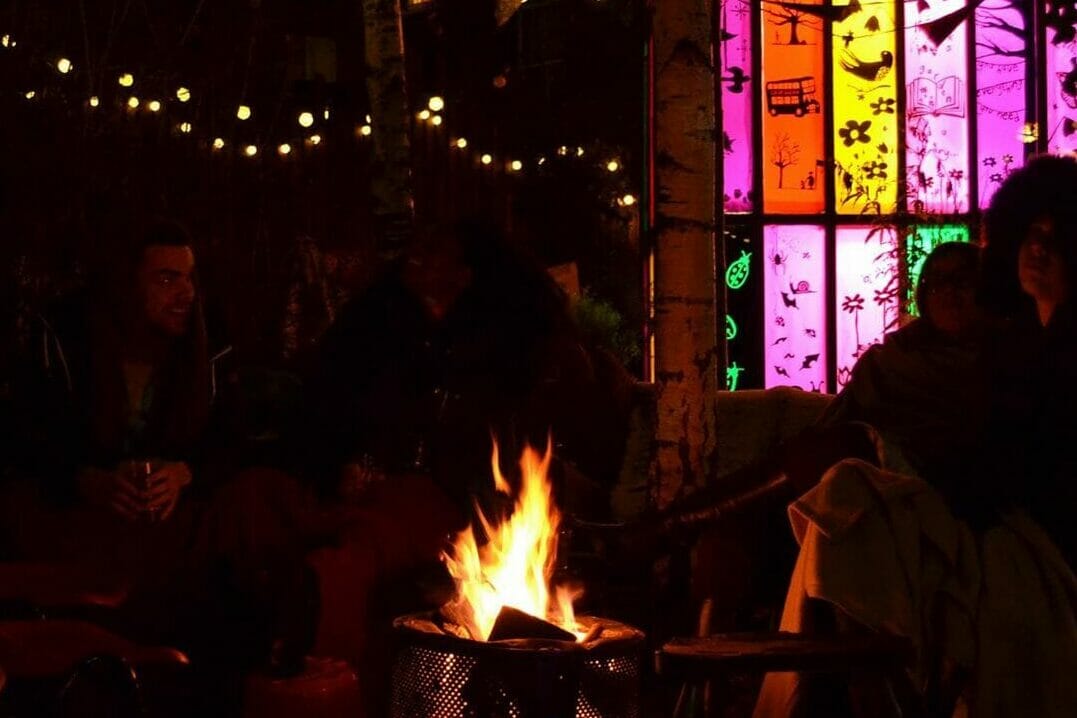 It makes for some illuminating discussions.

NOTE: The Dalston Eastern Curve Garden is free to visit, but please consider donating via their collection boxes. It’s open daily, with live music on Tuesday evenings in summer, and volunteer gardening sessions on Saturdays. You can book into those, and other upcoming events, here.

Feeling peckish? Here’s a list of great restaurants in Dalston.