Art auctions can be addictive after only going once…

But art fairs are by far the best way to take in the current world of investable daubing, and the London Art Fair’s been going 31 years in a row now. It’s returning to Islington this month with literally thousands of stunning works from over 130 galleries both from the UK and overseas, mostly from contemporary British daubers.

Works span the period from the early 20th century to the present day, and prices similarly range across the entire spectrum from extremely reasonable, right through to the Grayson Perry or the Picasso they sold last year. Or you can just take a simple browse and see hundreds of galleries-worth of art at once.

As usual there’s also a bunch of other stuff going on too, including their photography show Photo50, packed with bleeding-edge camerawork from the best in the business. This year the theme is “Who’s looking at the family, now?”, both referencing and building on Val Williams’ seminal show “Who’s looking at the family?” from a quarter of a century ago. 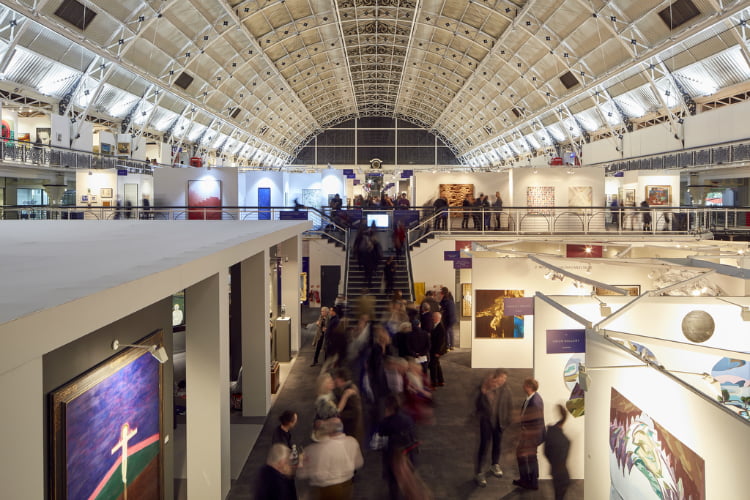 Alongside that there’s also a screening room which’ll be showing a series of films that celebrate Afrofuturism (inspired by last summer’s blockbuster Black Panther, if you can believe it); the Platform, which is a new feature showcasing a single theme each year (this one will be looking at ceramics in all their glory); and a partnership with Eastbourne’s Towner Art Gallery, netting the best stuff from their little collection of over 5 thousand paintings.

It’s also worth pointing out that you’ll be in Islington too, so there’s a tidy collection of fantastic bars, restaurants, and shops for you to check out while you’re in the neighbourhood. The Fair has even partnered up with one of the better eateries around there, Bellanger, where you can snap up a prix fixe menu (2 courses), with a glass of house wine, plus a day pass to the Fair on the day of your choosing for just £30.

It’s amazing what a couple of portraits of the queen will get you.

NOTE: The London Art Fair takes place from 16th–20th January, at the Business Design Centre in Islington. Tickets start at £12 and are available right HERE.