Apparently, over the last decade or so, a lot of people have taken that as an instruction.

And almost all of them are going to be at the London Craft Beer Festival to show off the fruits of their labour. Well, 80 of them at any rate.

The fest is going to take place over the weekend of the 9th-11th August at Tobacco Dock, which they’re going to absolutely ram full of beer, music, food, and fun. Here’s what you can expect from the lineup…

Most of the hop-houses furnishing their wares come from the UK (and most of those are locals from London), but there are a considerable number from places like the US, Italy, Portugal, Basque country, Sweden, France, Germany, Estonia and Denmark.

You’ll find big names, like Beavertown, Five Points, The Kernel and Mikkeller going shoulder-to-shoulder with smaller, gloriously named outfits, including Bristol’s Left Handed Giant, Poland’s Funky Fluid, and Ireland’s White Hag. And together, they’ll be pouring a collective 500+ different brews – of which you have unlimited samples. 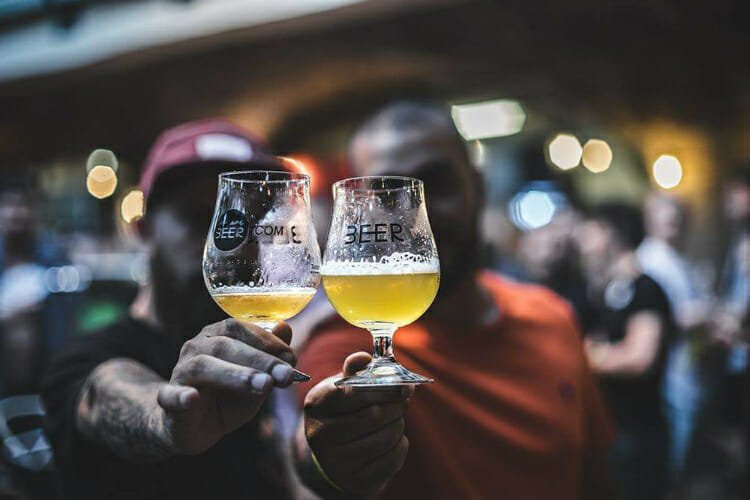 There’ll be more or less constant music throughout the weekend, and they’ve slung together a truly music-fest-challenging lineup of DJs, including Friendly Fires, the Kaiser Chiefs and Hot Chip’s Alexis Taylor.

Challenging the beers for taste supremacy, they’re feeding festival-goers with pop up stalls from some of London’s best restaurants, including The Palomar, Brigadiers, Berber & Q, Hoppers and Club Mexicana.

And if – for some reason we can’t fathom – you’re after something other than beer to wash this all down, there’ll be another bar serving Chapel Down English wines, Conker Gin and Starward whisky, plus some artisanal jerky to snack on.

Which is pretty crafty.

NOTE: The London Craft Beer Festival takes place from 9th-11th August 2019 at Tobacco Dock in Wapping. You can buy tickets (from £49.95), and find out more, at their website right HERE.