The Astoria. The Sundown Centre. The Fair Deal. The Brixton Academy.

The building currently known as the o2 Academy has gone by many names. But one thing has remained consistent: it’s a stellar place to see a gig.

Ever since it turned into a live music venue in 1983 (after being sold for the princely sum of £1) it’s seen the planet’s biggest acts walk onto its stage, with everyone from David Bowie and James Brown, to The Prodigy and The 1975. Dozens of albums, music videos, and live shows have been recorded there. It’s almost impossible to overstate just how iconic it’s become in such a short time. 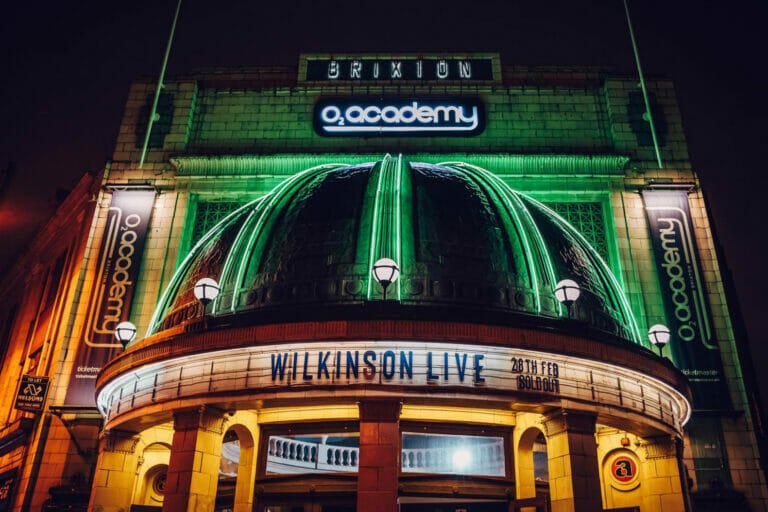 And it’s pretty easy to see why once you get in there. Having been originally constricted as a cinema & theatre back in the ’20s, the space retains a sense of immense grandeur and magnificence. The stage still has the theatrical proscenium arch framing it, complete with red curtains. The walls are covered in beautiful Art Deco touches, made all the better by the fact that they’re original, and were fashioned during the *actual* Art Deco period. Incidentally, back in 1996 Leftfield played a gig so loud there, it actually started disintegrating the ceiling. The levels were turned down after that.

As a result, the space has swept up a couple of dozen ‘venue of the year awards’ from places like NME and the Music Week Awards. And it’s understandable. The atmosphere created by 5,000 euphoric fans crammed into one vast, beautiful room is something else. But don’t worry – if you fancy taking it easy, they’ve kept the grand upper circle for seating.

Which should be music to your ears.

NOTE: You can see who’s playing at the 02 Academy Brixton, and book tickets, at their website right HERE.

Looking for somewhere to eat beforehand? Take a look at our guide to the best restaurants in Brixton.