In 1990, on television sets across the country, Richard O’Brien, in a fur coat and skinny trousers, broke from his incessant harmonica playing to utter the immortal line: “Will you start the fans please!”

And in 2015, fans of a different kind started up as crowdfunding was launched to bring the gameshow back as an immersive experience. Well, not only did they get the dough, they got almost enough to buy genuine crystals – and so the project was born. Today there’s live Crystal Mazes in both London and Manchester, and the new West End London venue has a whopping 32 games, over multiple floors, offering the closest experience to the original TV show any fan could hope for. 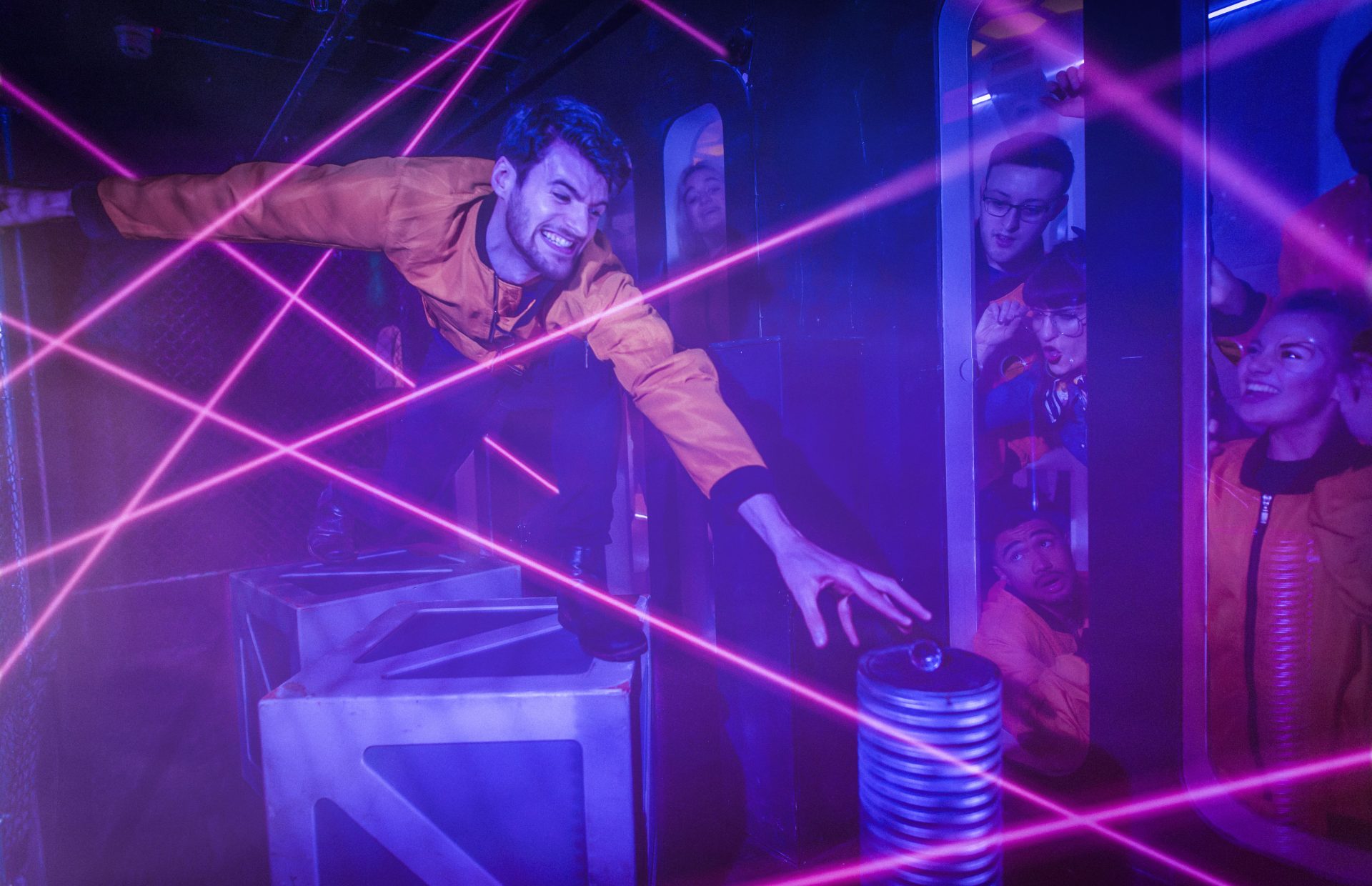 Teams are made up of eight players and you can sign up as a full team or, if you can’t assemble a large enough fellowship, as part of a team with other incomplete questers (like a sort of puzzle-based Tinder). You’ll each don matching satin bomber jackets, and mentally prepare yourself for…

For reasons unknown, you and your teammates find yourselves in the Crystal Maze. Your mission, as you venture through it, is to collect as many crystals as you can, by completing a series of physical, mental, skill and ‘mystery’ challenges scattered across the four classic zones (Aztec, Futuristic, Industrial and Medieval). Within these worlds, your personal games master and guide will thrust you into a challenge-filled chamber in a bid to win a crystal, while your team mates spur you on (or shout “GET OFF THE RED PLANET, ROB“) from the windows. Thankfully, the stakes are downgraded from ‘intensely stressful’ to ‘fun’ levels by removing the possibility of lock-ins (which saw the TV contestants locked into rooms should they fail to complete the challenge in time). While the games are constantly being finessed and switched up, and naturally we can’t reveal any details… it doesn’t not involve lasers, giant hamster wheels and remote controlled cars. 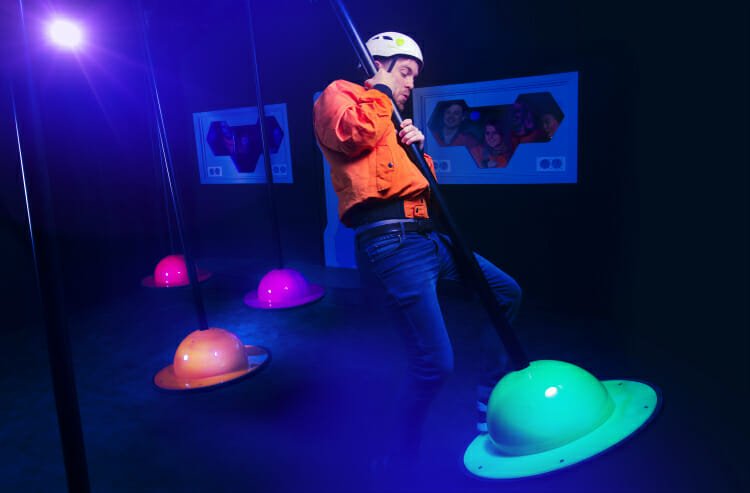 Each crystal won will ultimately buy you more time in the Crystal Dome, where you must try to grab as many golden tickets as possible. The hitch here is that the aforementioned fans are blowing them all over the place and hidden amongst them are silver tickets which count negatively towards your overall score. Undoubtedly the climactic highlight of the whole experience, this allows you to finally test your own personal theory on the best mode of attack that you’ve no doubt been ruminating on for the last two decades (i.e. the careful sorting vs. collecting as many as possible approach).

Don’t panic though, we’re pretty sure you’ll make it.

We saw it in your souvenir crystal balls.

Like immersive shenanigans? Then get ready for the Wolf of Wall Street…