The Best Korean Restaurants In London

Long before we were able to keep food cool in refrigerators, Koreans would store kimchi underground in huge earthenware to protect it from the frost of winter and the warm summers. This meant they had more control over the speed at which the fermentation process took place, ensuring their speciality ingredient was consistently of the highest quality.

And thanks to London’s Korean community, they’ve since brought their expertise, and kimchi, to the surface. Specifically, to the tables of various restaurants in London; the best of which we’ve taken the liberty of detailing below.
– 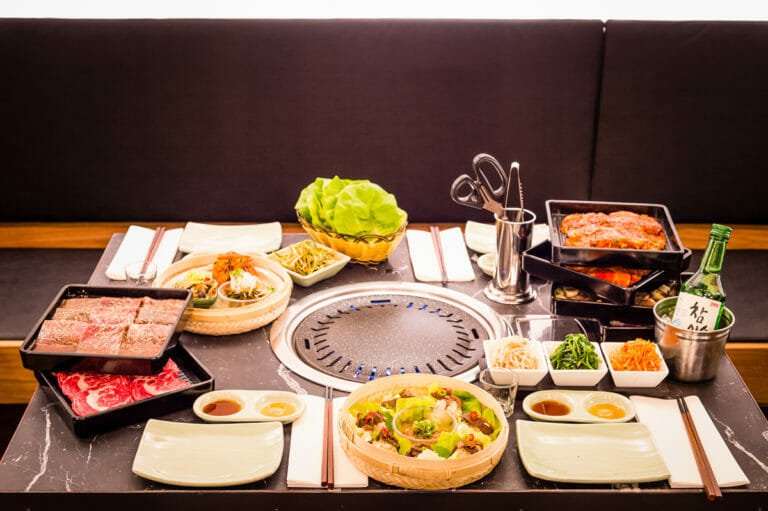 An immersive cooking experience usually involves standing alone in your kitchen at home, desperately gritting a metal spoon between your teeth to stop the onions you’re chopping from stinging your eyes. But Koba have taken the concept of both Korean BBQ and immersive cooking to another level, with individual hobs seamlessly built into the centre of each table and a waiter on hand to grill your dinner right before your very eyes. The menu is pretty extensive, featuring a range of traditional and modern Korean dishes such as their Beef Pyunche and famed Korean BBQ specials, including intricately sliced strips of marinaded pork belly. The restaurant itself is minimalist in style, but the rows of induction fans protruding from the ceiling hints at the seemingly futuristic experience that lies ahead… 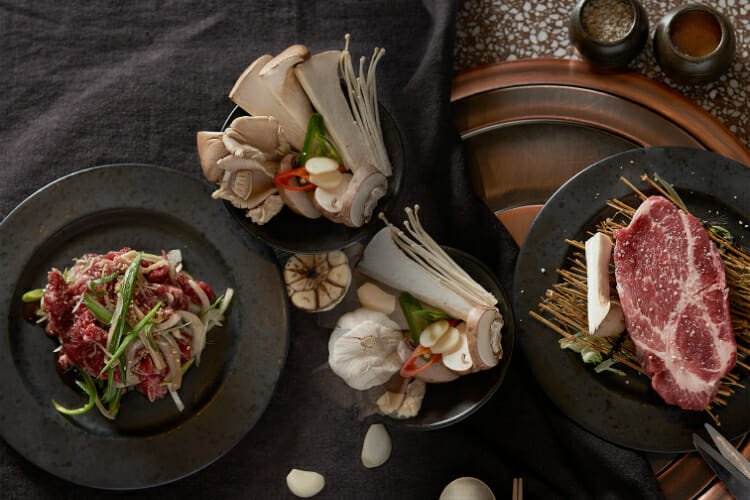 Another DIY Korean BBQ spot, Olle is a bit of a hidden gem in the heart of Chinatown. On entering, you’ll be engulfed by loud chatter, teal walls, bustling staff and the smell of Korean comfort food being cooked up on the grill-fitted tabletops. In terms of what it is exactly that they’re cooking; you can expect dishes like Korean fried chicken (KFC) and dumplings, while you sling a selection of international ingredients such as wagyu beef and even Iberico pork onto the grills. READ MORE 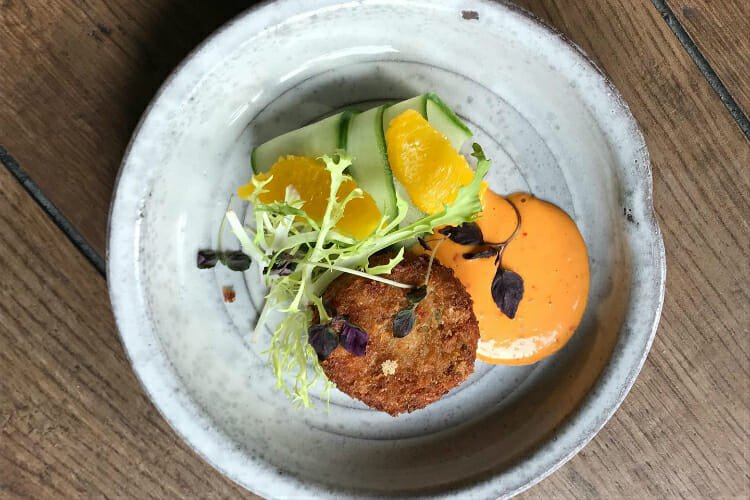 Fusing modern European food with Korean flavours, The Petite Corée uses seasonal ingredients to create unique sharing-style dishes; such as their kimchi gnocchi and sweet miso glazed oyster mushrooms. Its popularity is largely thanks to word-of-mouth, with a friendly, neighbourhood feel welcoming you in; echoing the restaurant’s unassuming, casual vibe.

Nestled on Waterloo’s Lower Marsh, GoGo is a great pitstop for authentic Korean cuisine. Elbow to elbow with other diners, you’ll find yourself in a buzzy, crowded restaurant surrounded by steaming bowls of hotpot and bibimbap. It’s a great spot for both connoisseurs and first timers, serving everything from dumplings and kimchi to spicy fried chicken gizzard.

Like finding the best in the city? Check out London’s best Indian restaurants…