It’s a bit like Avatar, only the planet’s most precious resource is cocktails. Which explains why the locals aren’t blue.

It’s going to be the setting for the new immersive cocktail bar from the same people who bought us Moonshine Saloon and Alcotraz. This one will be in Hackney, and as with their previous spots, it’ll feature an immersive blend of actors, bartenders, costumed punters, impressive sets, and detailed storylines. And Nudge Members are getting in before anyone else, for a 50% off preview on the 1st of December. And if you can’t make that? You’ll get 25% off for the following week, too.

So what can we expect when it opens? Well, the experience will run roughly as follows:

You’ll enter the secret Roscorp Laboratory, where you’ll be briefed by the vivaciously money-hungry CEO Geoff Rosbourne himself. After explaining that the planet Avora is there to be ruthlessly exploited for its wondrously boozy plunder, you’ll be dressed in a purpose-built jumpsuit, and given your first cocktail – a colour-changing marvel designed to help you “acclimatise to the planet’s atmosphere”. 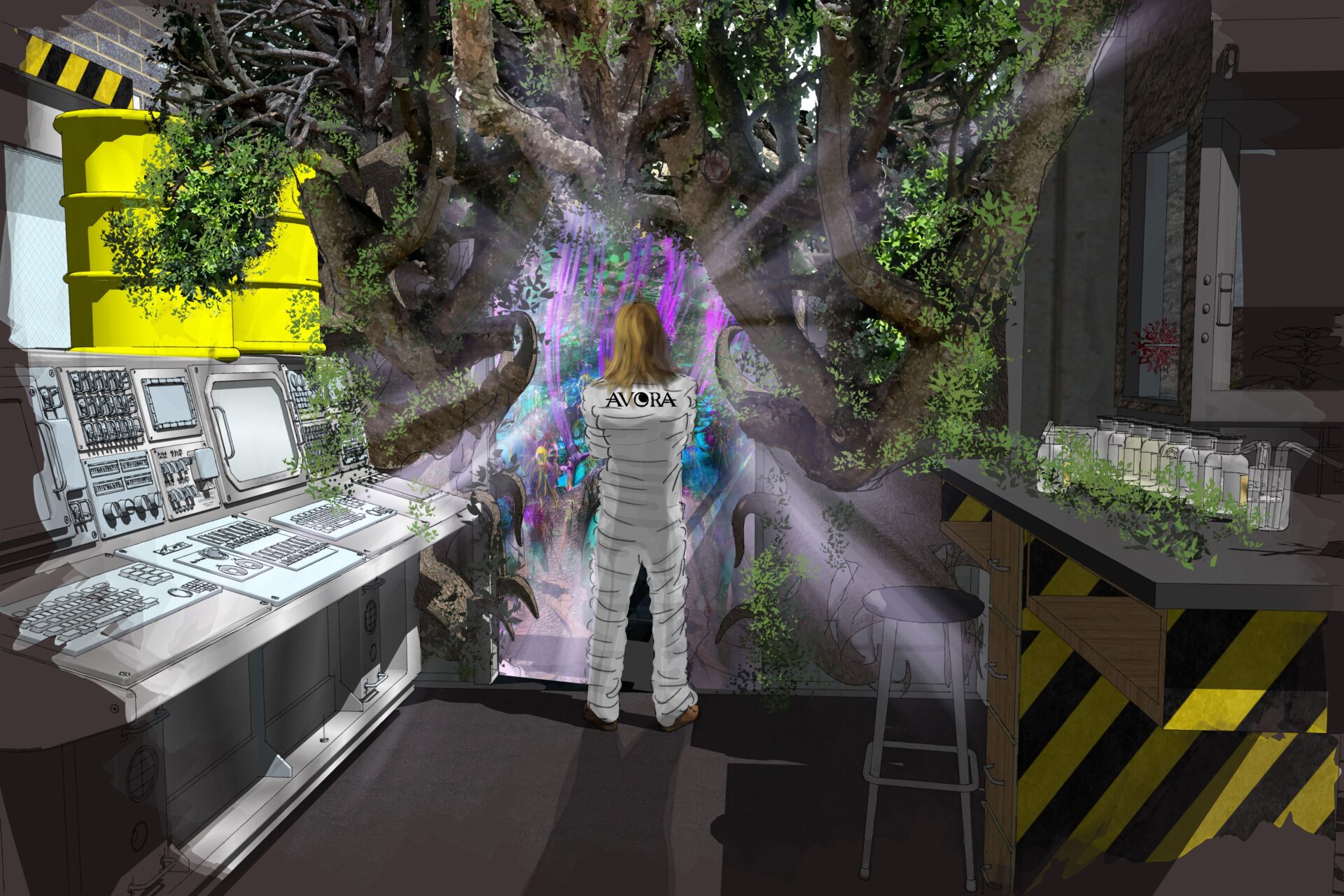 Suitably seasoned, you’ll then descend into Avora itself, and marvel at the planet’s lush beauty. At some point during the 1 hour & 45 minute experience, you’ll likely notice that it has turned from day to night, and the bioluminescent flora will be lighting up. But for now, it’s onto your second cocktail. Guided by Avora’s own botanists, you’ll be shown a plant called the Liquor Lilly, whose buds apparently turn into booze “right before your eyes”.

The third and final drink will be bestowed by the ‘Tree of Spirits’, a giant 9ft, willow-like forest-filler that bears a fruit called a juniper berry which we also have here on earth (crazy coincidence, right?!). Only these ones don’t require distilling or anything, they’re already “filled with liquor and ready to burst”. 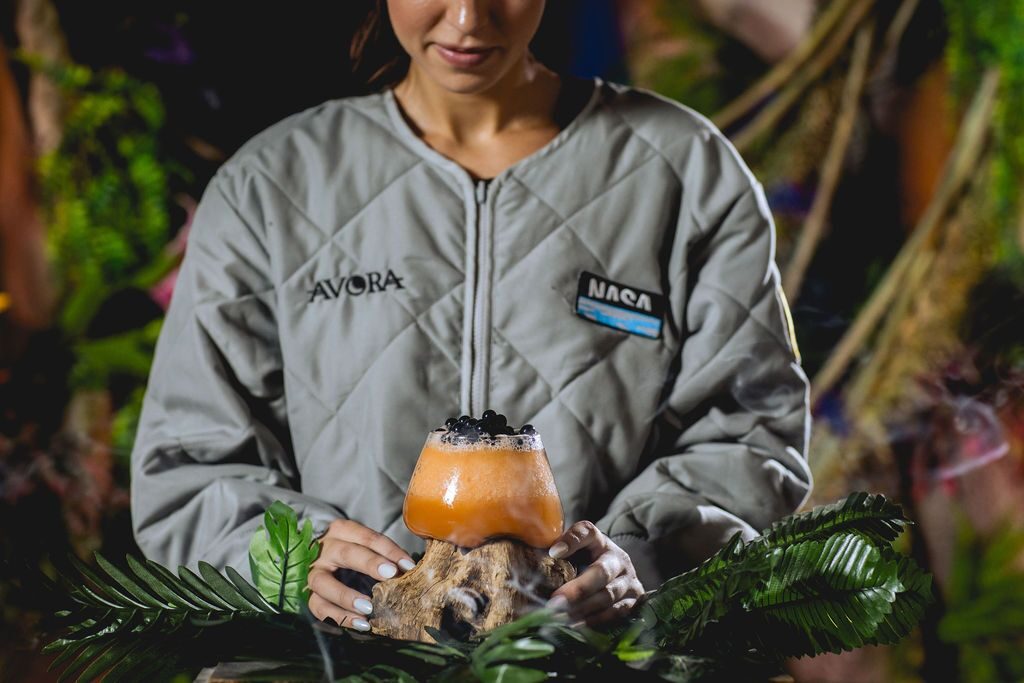 When all’s said and done, you’ll have to choose whether you either want to join the noble underground resistance and save the planet, or keep the party going, and go all-in on strip mining the place for its precious hooch-harvest.

Of course, the idea is to draw attention to our own climactic concerns, but they’re thankfully not just relying on metaphor to get the message across – they’re also aiming to be “the world’s first carbon-neutral immersive experience”.

So if you can’t save that planet, at least you can help this one.

NOTE: Nudge Members are getting into Avora for an exclusive preview on December 1st, with 50% off tickets. And if you can’t make that, you’ll also get 25% off for the following week (2nd-9th December). To find out how to book, just check the Members’ Box at the top of this page.

OTHER NOTE: Avora is set to open on December 1st. We’ll be back then with the full scoop. In the meantime, you can find out more at their website right here.

Looking for something challenging in Hackney? Give rock climbing a go at Hackney Wick Boulder Project…