Davy’s have been doing what they do for around 150 years now. They’re onto their 5th generation of Davy (currently James) running the company, and they’ve opened up dozens of wine bars, pubs, and shops over the years.

In short, they kind of know what they’re doing.

And Greenwich is where they have their company cellars and HQ. So if you’re looking for a decent spot to have a drink and maybe a bite to eat while you’re at it, you can’t really go wrong with the Wine Vault.

It’s a large space, packing in a terrace, two private diners, a separate function room, and a bar & dining area – yet it still feels quite cosy and intimate mostly thanks to the low ceilings, which themselves are thanks to the fact that the building is so old. It’s been fully restored, but there’s still the occasional sloping floor or huge timber beam poking through the ceiling to remind you that it’s got some years on the clock. 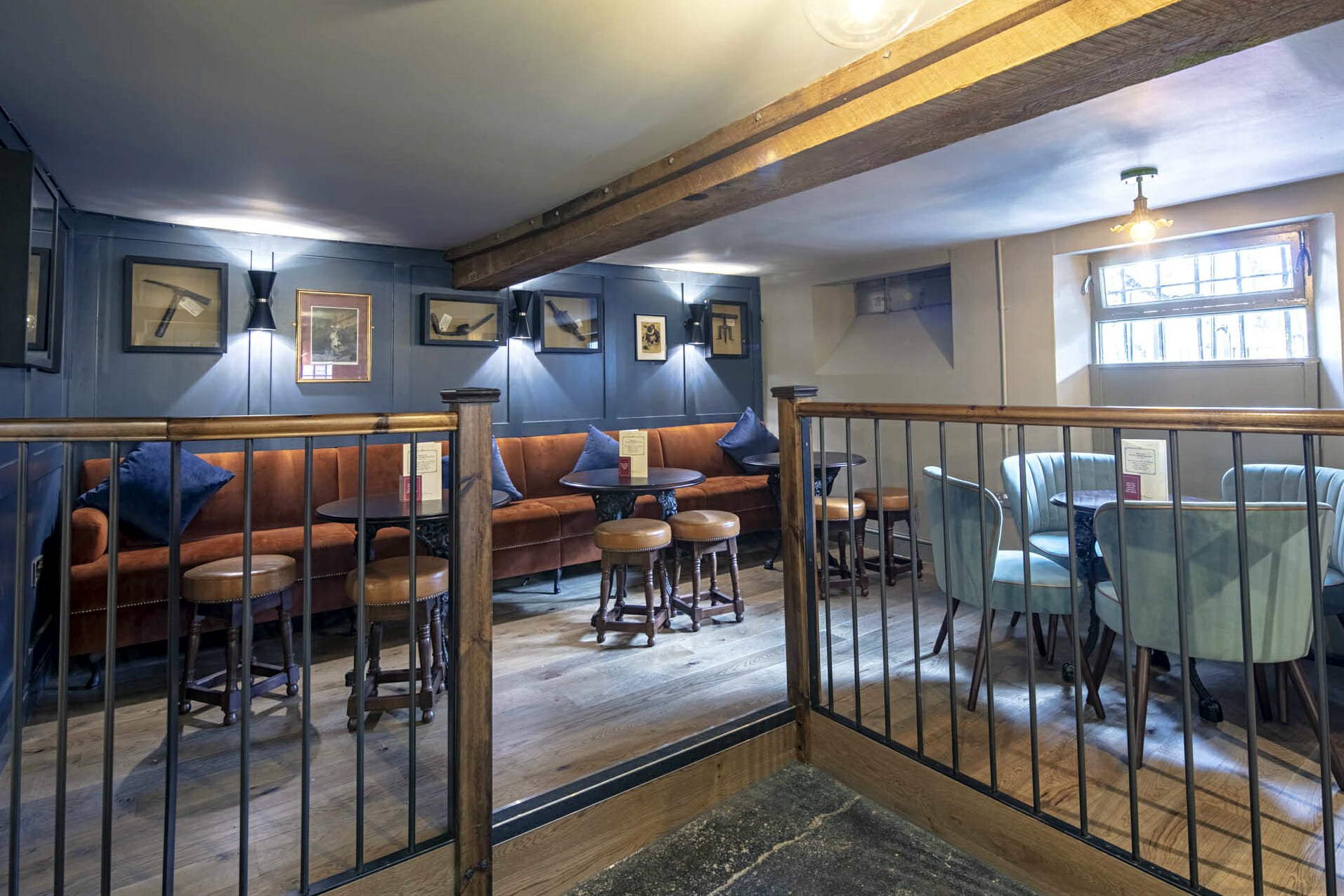 If you’re after something to eat, you’ll be unsurprised to hear that the menu is staunchly British, with Kentish bangers & mash draped in madeira gravy, or some fish & chips with minted pea puree followed by the likes of sticky toffee pudding with Dorset clotted cream and butterscotch sauce. They don’t come much more British than that.

Of course, there’s a small irony in the fact that the place’s core offering is very much not British at all: the wine. There are around 100 bottles from all across the globe, including Davy’s own-label vintages and a scattering of ports, sherries, and madeiras. If wine isn’t your tipple, then you probably shouldn’t be here – but they have a healthy selection of beers and cocktails, just in case. There’s even a draught of their famed Old Wallop cask ale, which they serve in pewter tankards.

You know, the old fashioned way.

NOTE: Davy’s Wine Vault is open now. You can find out more and make a booking at their website right HERE.

Like your wine? Have a gander at our guide to London’s best wine bars.