Hole in her sock, where her toe peeped through,

But Nelly was—the smartest down our alley.

This old Cockney music hall song was written about a real Nelly Moss who lived on Paradise Row at the turn of the last century (fun fact: you can sing it at Lucky Voice!). And should you take an amble down there today – a narrow cobbled alleyway opposite Bethnal Green Station – you’ll find, nestled among the old lamp-posts and Georgian houses, Mother Kelly’s doorstep living on in the form of a craft beer taproom.

It’s tucked into an industrial railway arch, rubbing shoulders with Sager + Wilde, and boasting a spacious suntrap of a terrace out the front. The recipe of beer + sunshine has, unsurprisingly, proved to be highly successful, and you can now find Mother Kelly’s in four other London locations. This is where it all began, though, and we’ll start with… 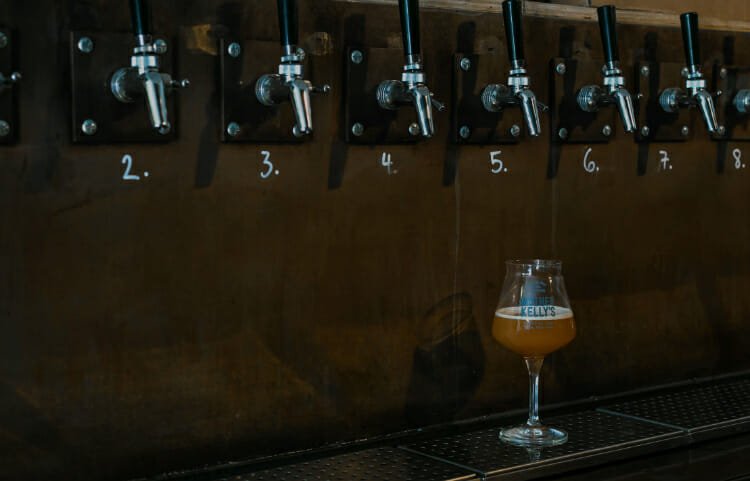 Mother Kelly’s is on a mission to bring you the best suds from independent and craft breweries. Lining the back of the industrial, Manhattan-inspired taproom are 23 taps, hosting a regularly rotating selection of brews. At any given time, you’ll be able to find IPAs, boozy stouts, pilsners and a couple of ciders. There’s also a dozen or so fridges guarding bottles and cans to drink in or take away, including a couple of (pricier) limited editions and rare brews. If it seems overwhelming, the staff are incredibly knowledgeable and will be happy to show you around.

For heathens, there’s a choice of red, white or fizzy wine. 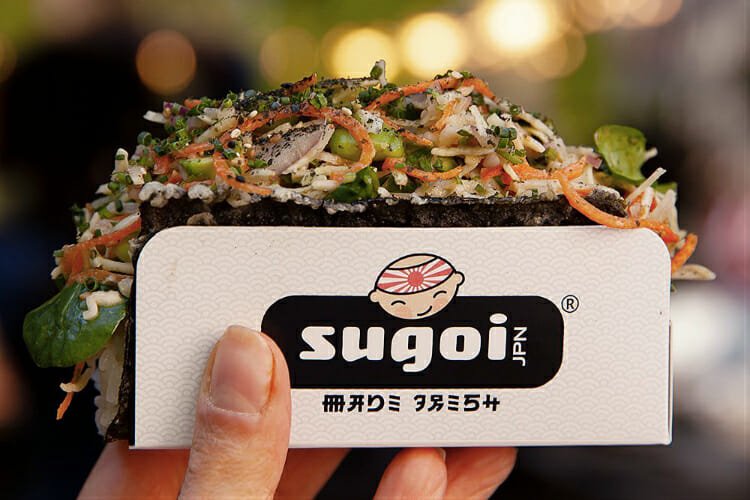 Parked outside on the terrace is a street food trailer by Sugoi JPN, an outfit run by Venezuelan chef Felipe and his wife Veronica, that combines Japanese and Latin American cuisine. The result is the ‘noritaco’ – taco shells made out of tempura-battered nori (seaweed), filled with sushi rice and perfectly balanced fusion toppings. Highlights include the Señor Crab with tempura soft shell crab, chives, lettuce and shichimi togarashi; the Chapulín with chicken teriyaki, mixed vegetables and sour cream; and the Katsu, with breaded pork and avocado. You can bolster those with sides including chicken karaage, gyoza, takoyaki and yuca fries.

And all together, it really does make for the smartest joint down the alley.

NOTE: Mother Kelly’s is open daily from noon-11pm (from 4pm Mondays, and till midnight on Fri & Sat). You can find out more on their website right here.

Fancy a slice of culture before your beer? Nip over to the V&A Museum of Childhood opposite