Such was the once consternation-inducing question on ordering a glass of wine in the great, majestic establishments of Wetherspoons.

See, wine appearing out of a tap was once an unsettling prospect. Where was it coming from? A carton of Basics table wine hooked up underneath the bar? A plumbing system connected to a bathtub full of moonshine upstairs?

Yet over the last few years, a tap trend has been developing in London’s restaurants – especially for cocktails. Now you can score spritzer aperitivi at temper Covent Garden, or a hand-pulled Old Fashioned at Brigadiers. Taps signify decadence, a potentially endless flow of booze. But it’s precisely the opposite that motivates the founders of Tap & Bottle, a beautiful wine taproom tucked away in a characterful Grade II listed building in London Bridge. 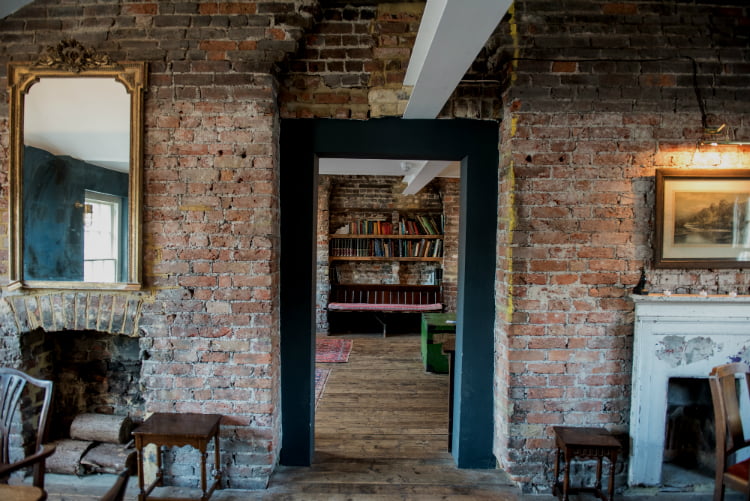 As founder Ned explains, keeping wines on tap is actually better for – well, pretty much everyone. It keeps costs down by eliminating bottling and reducing transport costs. It reduces waste, since the wines don’t spoil so quickly – the kegs used here are equipped with a special ‘ball in bag’ system (no sniggering) that keeps the wine from oxidising. And the whole experience feels more relaxed, since you can try tasters before you go for the full glass or bottle.

That said, every one’s a winner here. The ten taps behind the bar rotate regularly (but currently include a very smooth organic red; and an almost clear rosé produced by the same growers who create the world’s most expensive wine). Currently, these wines are all Old World, focussed on France, Spain and Italy; but the bottles from the cellar branch out from the Western Cape of South Africa to Slovenia. 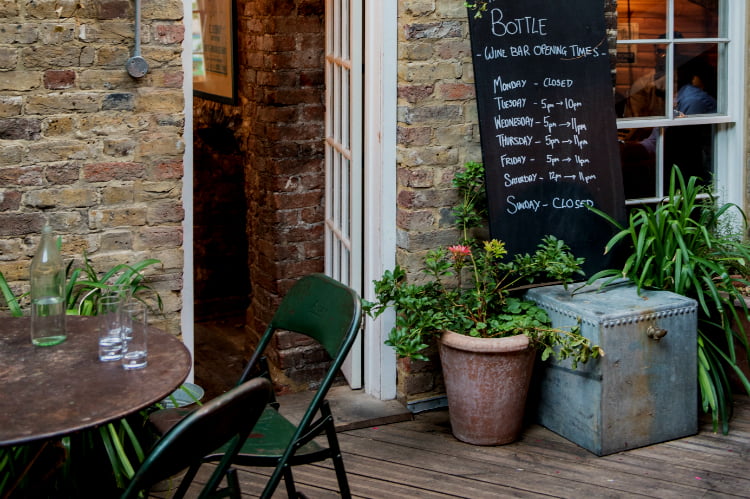 You’ll find the place on Union Street, forming a little pocket of peace and quiet nestled in a former townhouse. Make your way up the narrow staircase, and you’ll stumble on what feels like an old Dickensian sitting room, with moody forest green walls, exposed brickwork, creaky floorboards and an eclectic selection of vintage and antique furnishings. A warren of different rooms, it feels low-lit and intimate, with the perk that there’s plenty of seating for a deceptively small space. In warmer months (or when you’re dressed warmly enough), head to their outdoor area, which feels a little like an impromptu terrace perched among the chimneytops. Walled in by irregularly shaped buildings on one side, and an unexpected train track on the other, it’s the definition of a quirky hidden London gem, filled with fairylights, motley furnishings, and romantic sheltered nooks propped up with original carved wooden pillars.

You’re not in ‘spoons any more, Dorothy.