You know it as the length in days of the Thai lunar calendar, the double factorial of eight, and the year that Pope Siricius finally became Pontifex Maximus.

We know it as one of the best bars in Brixton.

You’ll find it just behind the station, a stone’s throw from Brixton Village, in a former butcher’s shop that’s been converted into a moodily-lit, industrial-styled cocktail joint. And not only is it dressed nicely (think 2020 exposed brick walls, reclaimed wood furniture, and filament bulbs), but the drinks are pretty damn good too.

For starters there’s their signature menu – a small but varied list of things like their Ziggy Stardust, made with home-infused citrus vodka, creme de cassis, pomegranate, lemon, and egg white, and served with Bowie’s bright red lightning bolt stencilled across the top. Or the Lilypad of sloe gin, lime, and homemade ‘super fruit tea syrup’, also artfully presented. 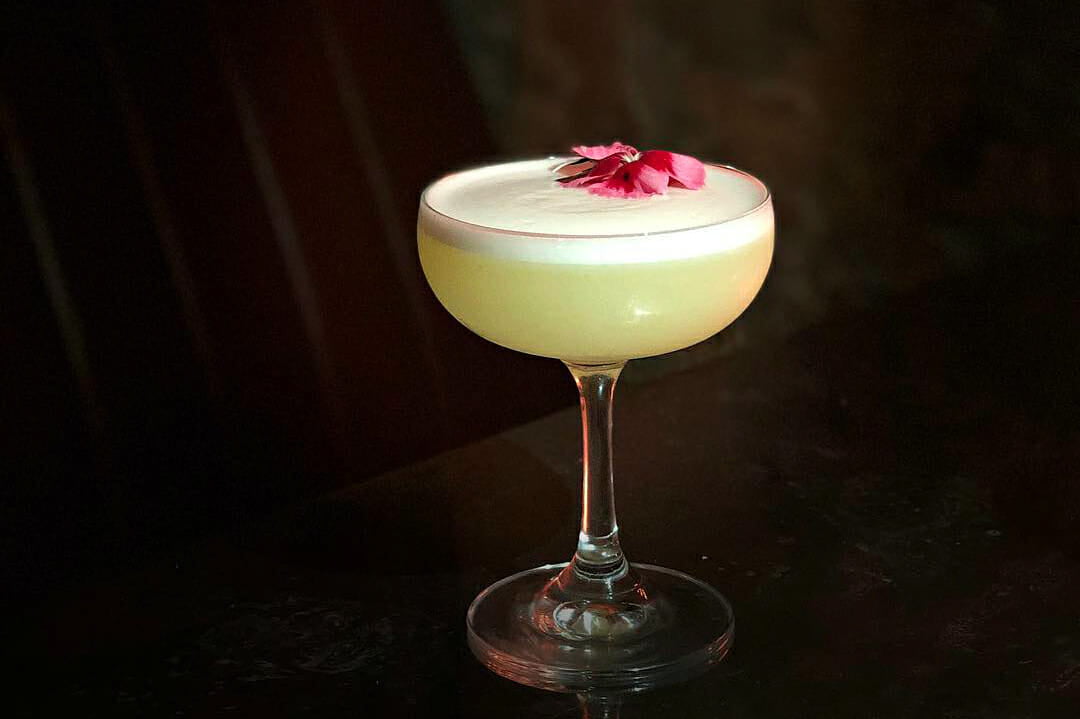 But then they also have an ‘album’ of classics. And just in case, like us, you were thinking ‘album’ sounds a little punchy, it really isn’t. Instead each cocktail has its very own page, with multiple renditions. For instance, they’ve got six different Negronis, all made with different types of gin, as well as one that’s made without gin and with sparkling wine instead. They’ve also got fourteen different types of Old Fashioned and five different Espresso Martinis, one of which is salted caramel. Another, salted coconut.

If you fancy eating they do also have a selection of small plates –  various Modern European-leaning dishes like courgette fritters or mozzarella arancini – although, if we’re being honest, they’ve got nothing on the booze. If it were us we’d stop by another restaurant in Brixton instead and then finish off here. Or visa versa that is. In fact, if you time it right – between 5 and 8pm, or all day on Sundays – you’ll be there for happy hour, which means cocktails are just £5.

NOTE: Three Eight Four is open for dinner Monday-Friday and then all-day Saturday-Sunday. For more information, or to book, visit their website here.

If you like Three Eight Four…they have a sister bar in Peckham worth checking out.