This is something special.

Get ready to get dressed up, walk down a red carpet into a beautiful old 1930s Art Deco cinema surrounded by paparazzi, and take in six fascinating talks from a line up of extraordinary speakers….with cocktails.

This is Curiosity Kino, the latest eccentric endeavour from The Lost Lectures (who regularly host provocative, stimulating, mind-expanding, eyebrow-cockingly intriguing talks on fascinating topics inside unique, hidden venues across the capital).

This particular instalment – which is in London for one night only – is bringing a glitzy, bygone-era Hollywood vibe to the fading glamour of the historic cinema it’s taking place in (which, it should be pointed out, has recently been reopened after spending the last three decades dormant). It’s also bringing a red carpet for you to walk in on; roaming paparazzi; old-school cocktails; wonderful theatrical set design; some flashy multimedia projections; and, amongst several speakers on the night, an actual bona fide Oscar winner. Guests are encouraged to dress the part. 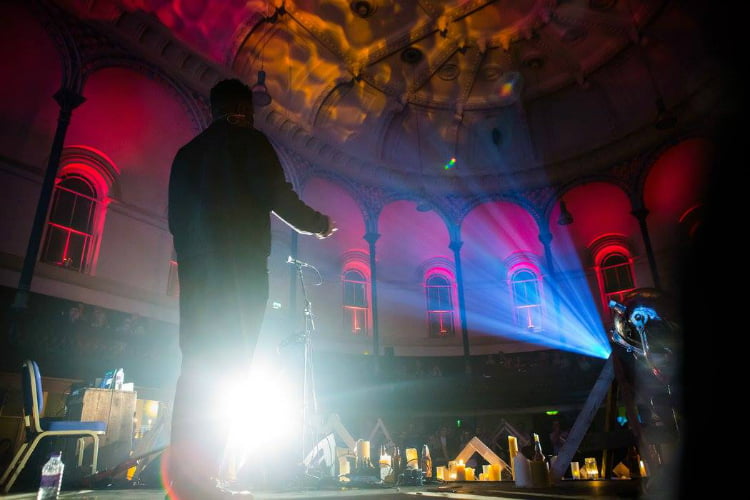 Speakers on the night include:

Andrew Whitehurst: the aforementioned Oscar-nabbing visual effects artist, known for his work on Skyfall, Paddington, Harry Potter, and Ex Machina (for which he won the statuette). He’ll be pulling back the veil behind some of cinema’s slickest SFX.

David McCandless: an information designer & data artist (which are some first-class job titles) known for ‘Information is Beautiful’ – he’ll help you make sense of the world with his latest strikingly elegant infographic creations.

Alexandra Ma: a journalist & specialist on both China and surveillance, Ma will give you a rare behind-the-scenes peek into the great, terrifying, Black Mirror-episode-come-to-life that is China’s ‘social credit experiment’.

Sara Gibbs: “recently diagnosed as a comedy writer”, Sara has contributed to The Mash Report and even co-founded a fantastic satirical online women’s magazine (Succubus). She’ll be exploring the perilously fine line between reality and satire.

Alex Baranowski: a Tony-nominated composer and composer of the BBC’s score for the World Cup, Alex has collaborated with artists like The XX, Underworld, and Jungle. He’ll be creating a live “wall of sound in 4D” which sounds exciting, whatever it is.

Professor Sophie Scott: Professor of Neuroscience, Head of Speech & Communication at UCL, and regular BBC science contributor, Sophie will be talking about the science of laughter….

…which – like all of The Lost Lectures – is a funny thing to give a talk on.

NOTE: Curiosity Kino will take place on April 13th at a secret location in Zone 2. Find out more and get tickets (£30-£42) on their website right HERE.

Like stretching your intellectual legs? Here are the best lectures & talks in London.

Somewhere in Zone 2, A Secret Location,