For those wondering, it’s pronounced ‘한류’.

It refers to the overwhelming wave of South Korean culture that’s swept over the world in the past couple of decades – from K-Pop to kimchi, from Squid Game to Samsung, Korean creativity has become almost inescapable. And the V&A’s new show is here to explore it all. It does so via over 200 objects variously pulled from the post-war rubble of the 1950s, plucked from the lavish plenty of the present day, and scoured from everything in between. Trying to fit the cultural output of an entire nation into one box is always going to be an impossible task, but they’ve done a job so good you’d be hard pressed to find fault with it. There’s fashion, photography, sculpture, painting, music, and everything in between.

The show starts with a showcase of Korean film & TV, with iconic costumes, storyboards, props and posters from the likes of Squid Game, Oldboy, and Parasite. There are even little curtained booths for you to watch film clips in. After that, an exploration of Korea’s music scene, and its infectiously catchy K-Pop melodies from the likes of Psy, BLACKPINK, and BTS – you can take part in a little dance challenge, if you’d like. Moving on, you’ll get to the fashion section, unwrapping the evolution of Korean design from the 13th century to the present day with dozens of frankly dazzling outfits. 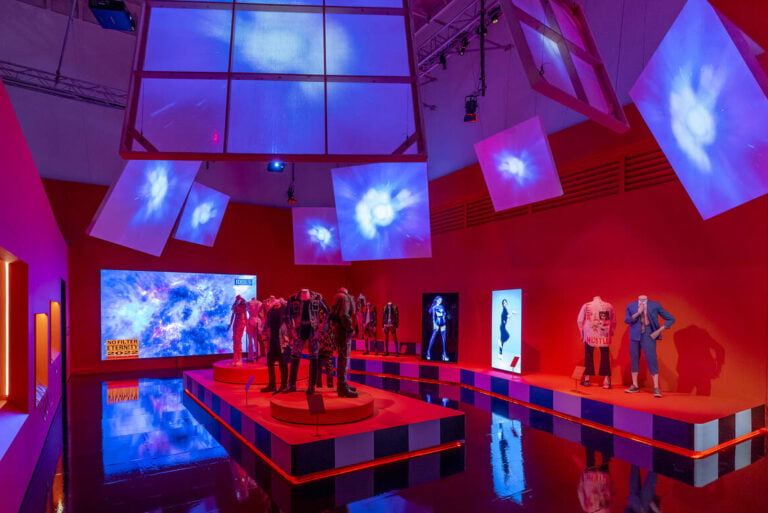 There’s a lot more than just that, but it’s a good taste of what you’re in for.

This show is going to make waves.

NOTE: Hallyu! The Korean Wave is on now at the V&A, until Sunday, 25 June 2023. You can find out more, and get tickets at the website right here.

Want to get stuck into Korean culture even more? You’ll want to check out our guide to the best Korean restaurants in London…

The Horror Show! A Twisted Tale of Modern Britain Hallowe’en isn’t a patch on this exhibition….

The New Black Vanguard A stunning celebration of Black portraiture by 15 pioneering photographers.

Strange Clay: Ceramics in Contemporary Art Does exactly what it says on the pot.