“Everything that can be invented, has been invented”.

Chuck had a point.

It was just a really bad one, which was proven to be incorrect almost instantly.

Not only had the defeatist old codger entirely underestimated mankind’s drive to create, evolve and invent new things, but also its ability to reinvent, re-imagine and improve on the things that had already been invented by the end of the 19th Century.

Currently tightening his personal grip on the meat reinvention reins is Yianni Papoutsis, who has opened MEATmarket, a Covent Garden-based sister restaurant to white-hot queue-creator MEATliquor. 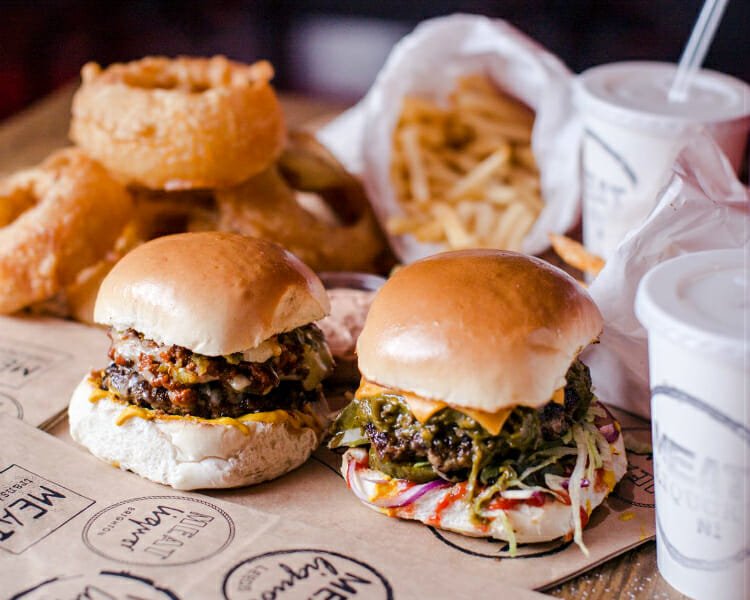 Overlooking the stalls at the back of Covent Garden’s Jubilee Market Hall, MEATmarket’s the fast food / American Diner version of its Oxford St sibling.

In addition to the ol’ Philly Cheesesteak, the Double Bubble and the famous Dead Hippy burgers from MEATliquor there’s also a “Black Palace” burger; a choice of Hot Dogs (including the The Ripper, the Kraut and the corn dog); a range of liquor-infused “hard milkshakes” and – this Century’s greatest invention to date – Jaegermeister Ice-Cream.

Chuck would have loved it.

NOTE: MEATmarket is open all week from 11.30am. For more information, or to book, visit their website HERE.

Like fun dining experiences? Check out our guide to the most unusual restaurants in London.