Welcome to Rondo La Cave, a natural wine bar & restaurant at which no two visits are ever the same.

It’s an incubator for various restaurant concepts and up-and-coming chefs keen to test the waters for their ideas – a bit like Carousel. A permanent space for pop ups, if you will, housed in the moody underground space beneath Rondo restaurant in the Hoxton Hotel (the one in Holborn, confusingly).

But while the menus and the kitchen staff will be flitting in and out, the wine bar’s going to remain steadfastly unaltered… 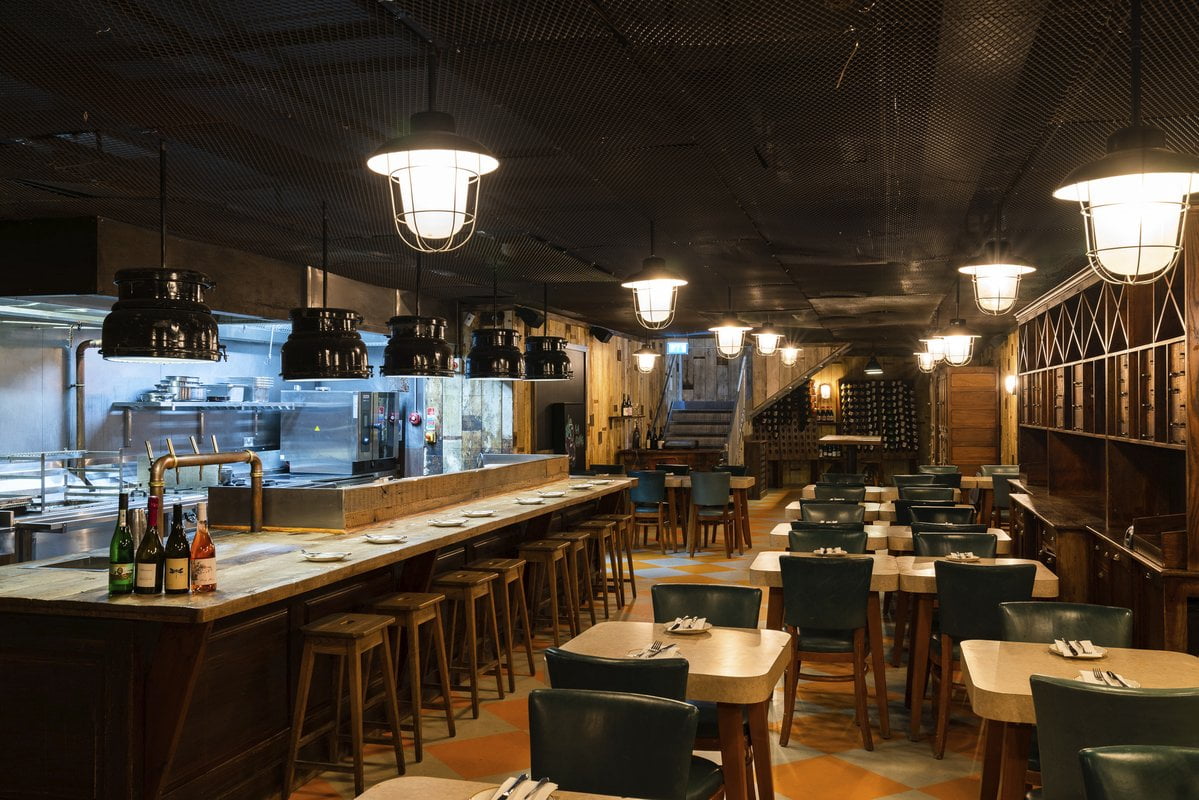 In fact, as you head down into the subterranean venue, the first thing you’ll see will be their impressive bottle shop, stacked with modern grape hooch from all low intervention, natural, small-growers. And there is a lot. In fact, they claim to have “the largest selection of bubbly in the city”. Heading beyond that and into the restaurant proper, the interior is a stripped back affair of bare brick and unvarnished timber, so as not to stamp any overbearing identity on the space, and allow it to act as a sort of blank canvas. 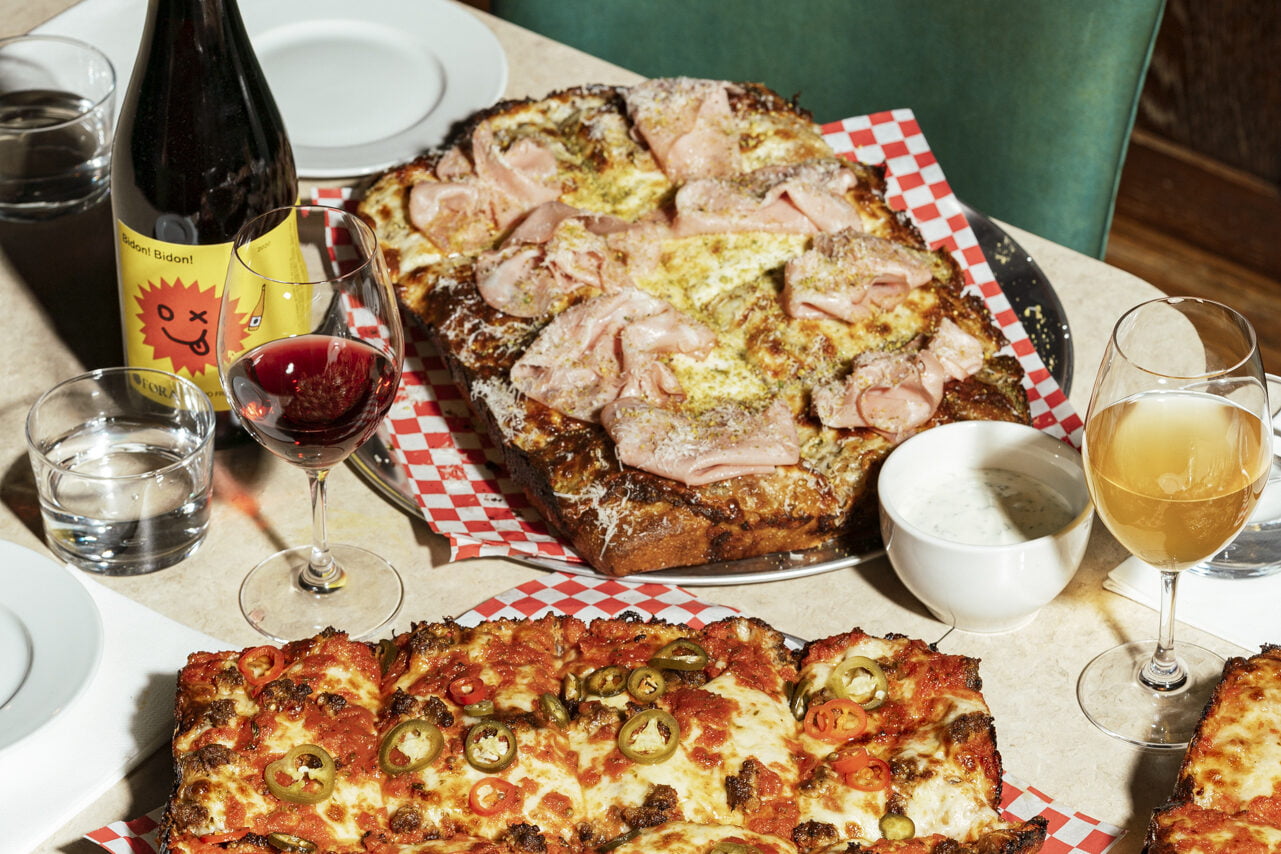 After a successful inaugural residency from chef Adam Rawson with Cantina Valentina, Detroit-style pizza slingers Four Corners are taking over from December through ’til February. They’ve teamed up with an International Pizza Consultant, Anthony Falco, to create toppings like the Vodka Meatball (meatballs, vodka sauce, parmigiano) and the Beef & Onions (smoked entrecote, white onions and pomegranate molasses), which sit on thick slabs of springy dough.

There’ll be plenty more chefs passing through in future, too – but if there’s ever a moment between residencies while the next kitchen is set up, then you can expect a selection of London-made charcuteries and whatnot, from places like Crown & Queue in Southwark, or Wildes Cheese in Tottenham.

Which will probably go well with the wine.

NOTE: Rondo La Cave is open Tues-Sat, 5pm-12.30am. You can make a booking, and check out the current menu at their website right HERE.