A geek, a jock, a rebel, a princess, and an outcast all walk into a school.

Not the start of an elaborate joke, but rather, the opening to The Breakfast Club; the 1985 cult classic that gave its name to the now legendary London brunch spot that’s proliferated across the city from its Soho birthplace. But as some of the hairstyles in that film will attest, it’s always wise to remember your roots – which is precisely why it’s still worth a visit to where it all began. 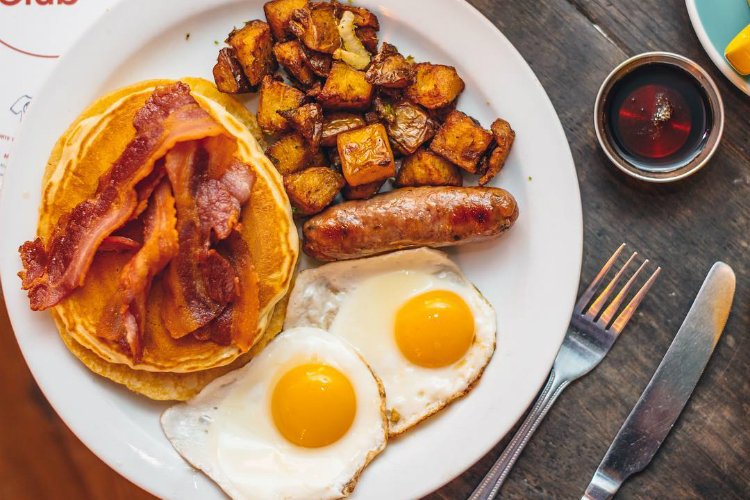 With its exposed brick walls splattered in ‘80s nostalgia and polaroids of past revels, The Breakfast Club on D’Arblay Street has got more front than a Madonna music video. And like the students at Shermer High, you too can give up a whole Saturday there – but thankfully, they don’t serve up detention. Instead, they focus on the most important meal of the day.

Originally, The Breakfast Club Soho didn’t even serve breakfast, thinking that people would never go to a café for, you know, just breakfast dishes. But then of course, the brunch renaissance happened, and TBC was ready to ride that wave. Nowadays – after a fair amount of queueing – you can head there for blockbusters like the Breakfast Burrito (packed with chorizo, jalapeños, scrambled egg, peppers and guac) and The Full Monty fry up (complete with black pudding); with a few indie flicks like Huevos Al Benny (with a kick of chilli) along the way, and a couple of wild cards like the Salt Beef Reuben and the Argy-Bhaji – a spiced onion waffled topped with chilli fried egg, spinach and mango chutney. 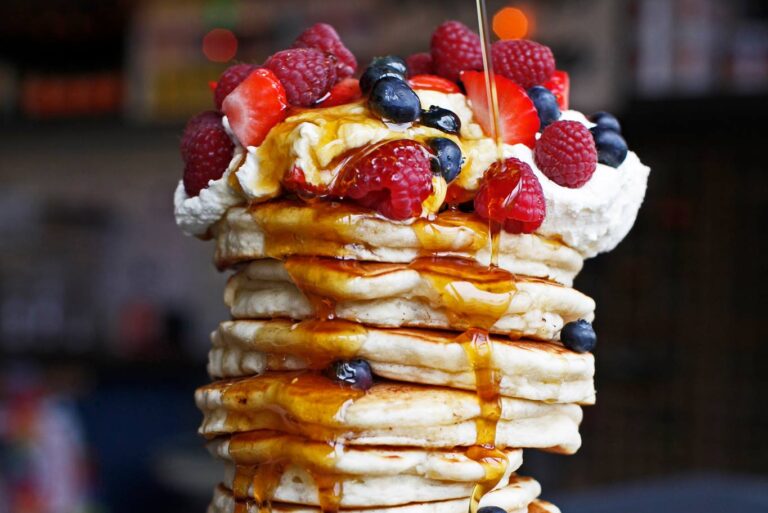 If you’re heading to The Breakfast Club Soho – ugh – after brunch, there’s also a solid lunch offering in the form of burgers, sandwiches and burritos – plus a couple of breakfast hangovers because, why not.

So, as the soundtrack says: Don’t You (Forget About Them).

NOTE: The Breakfast Club Soho is open for breakfast and lunch daily. There are no bookings; just turn up – you can find out more HERE. You can also check out the other Breakfast Club cafes in London.

Like dining in the area? Check out Soho’s best restaurants