Its lighting work is spot on.

And its restaurants aren’t bad either, now that it has – at its very base, on Aldwych – the elegant, European-inspired Grand Café/restaurant, The Delaunay.

From the same team behind The Wolseley, Brasserie Zédel and Bellanger, The Delaunay’s evocative mixture of green leathers, dark wood, granite flooring and brass fixtures gives the feel of sitting in a sophisticated European café-restaurant that’s been plucked out of 19th century Vienna, and dropped neatly in Covent Garden.

And like most Grand Cafes, The Delaunay is an all-day affair, with special menus for pre/post-theatre trips. It breaks down something like this: 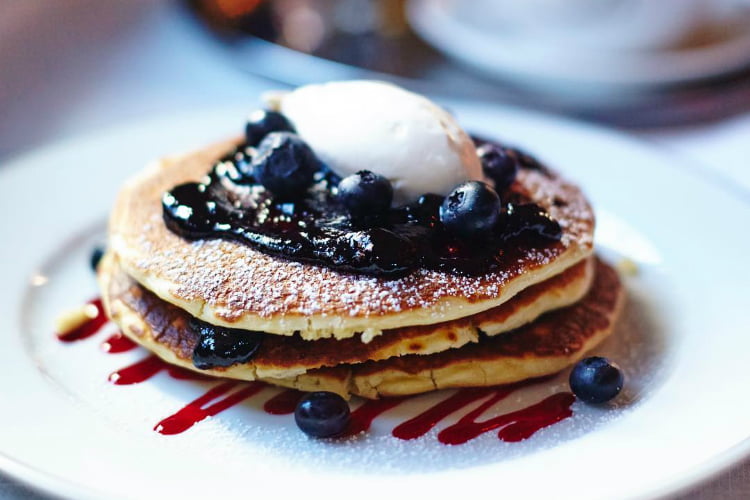 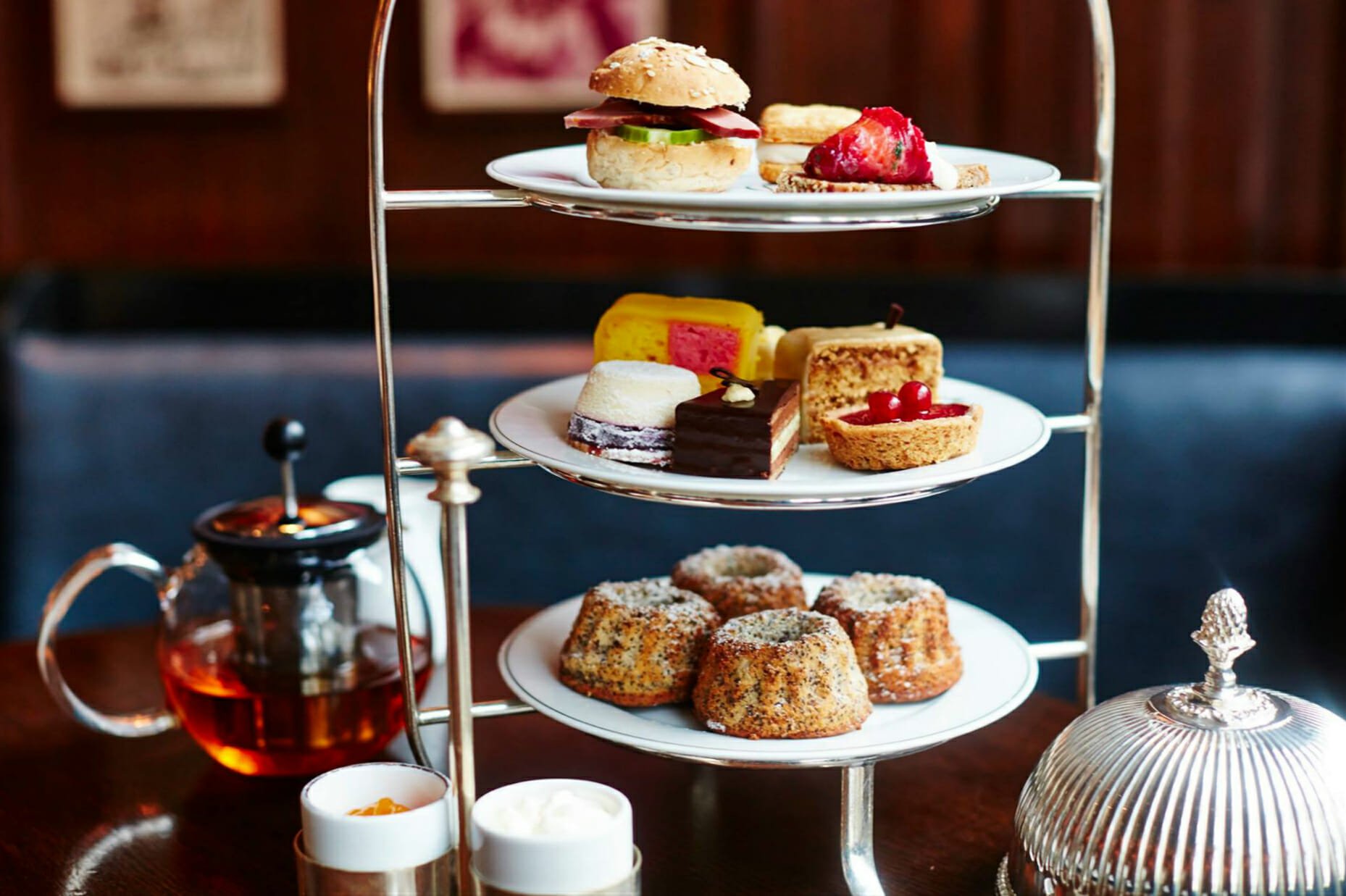 A traditional Viennese Afternoon Tea consists of kipferl, dobos and gugelhupf. And while they might sound like characters from Middle Earth and/or the IKEA catalogue, they’re actually a selection of biscuits, pastries and buns, which you’ll receive alongside traditional finger sandwiches, scones and fresh herbal infusions. 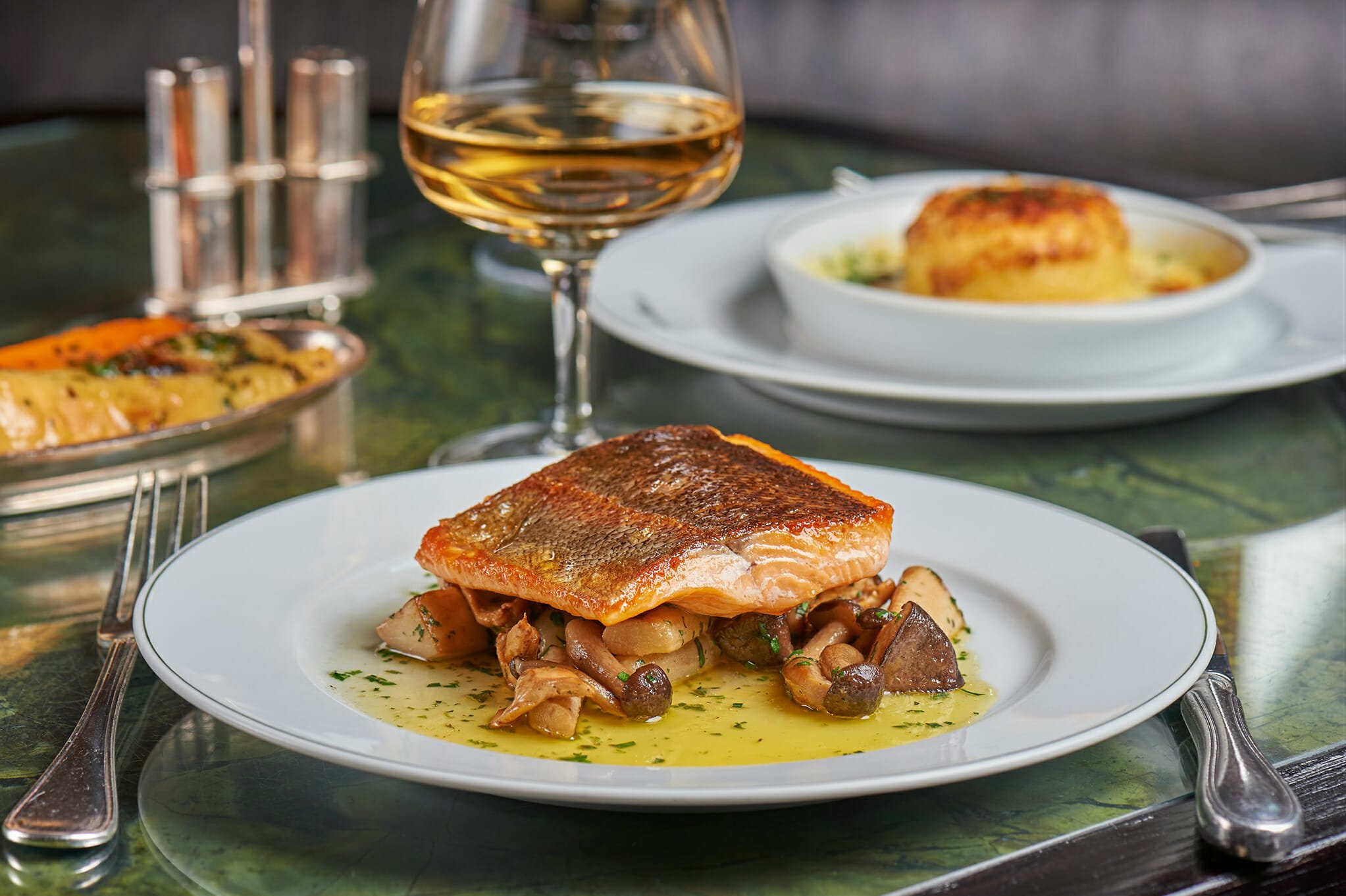 A selection of schnitzels and würstchen (a smoked pork sausage) are offered as typical Austrian fare, while daily specials such as paprika braised short rib of beef, and chicken Kiev come from slightly further afield. There’s a solid roster of fish dishes, too, and an all-day egg menu for those for whom brunch is not a meal, but a way of life.

Can’t stop for long? They’ve even got that covered. Visit The Delaunay takeaway counter next door (eloquently named “The Counter”) for a sweet or savoury pastry and a coffee on the move.

NOTE: The Delaunay is open for breakfast, lunch, and dinner Monday-Saturday, as well as breakfast and lunch on Sundays. You can find out more, or make a reservation via their website HERE.

Now you’ve got the pre-theatre dinner covered, all you need is the show… Check out the best London theatre shows playing right now