America in Crisis at the Saatchi Gallery

…but it was first staged over 50 years ago.

The Saatchi Gallery’s new exhibition takes its name from a project devised by the photographic co-op Magnum Photos back in 1969. Fresh off the back of Nixon’s election, a group including Bruce Davidson and Mary Ellen Mark set out to document a time of upheaval, protest and social inequality. This exhibition brings together some of those original images alongside new photos taken by a host of contemporary photographers including Balazs Gardi and Zora J Murff, holding up a mirror to the America of 50 years ago. 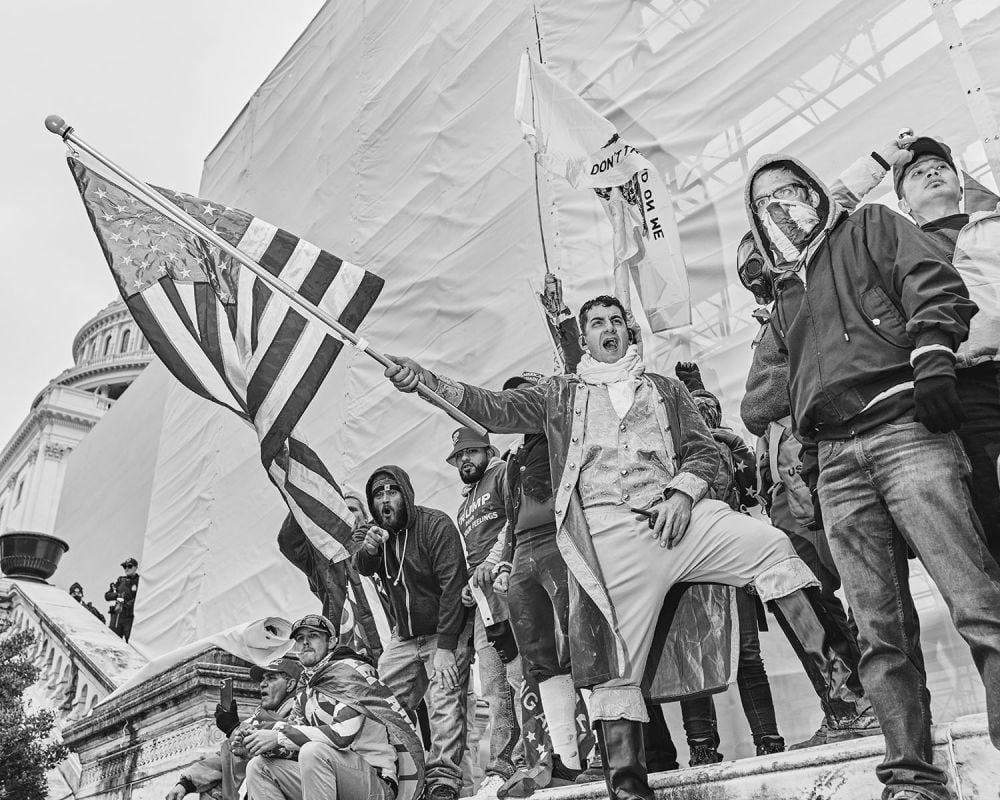 You’d hope that this half-century gap would offer an opportunity to see what’s changed in that time, but the images unwaveringly show how much has stayed the same, if not worsened. We see the same towns and families held back by poverty; racial inequality continuing to streak through issues as diverse as climate change, education and home ownership; and continued clashes between people and state.

The exhibition frequently returns to the idea of the American Dream, with the sombre recognition that, despite the efforts of many Americans in the 60s, their dreams still haven’t come true. The young Black freedom marcher bearing an American flag in 1965 is displayed in the same room as photos from the BLM movement in the wake of George Floyd’s murder. In a photo so symbolic it’s hard to believe it wasn’t staged, a 60s anti-war protester holds up a chrysanthemum to a wall of National Guard soldiers. Fast forward to the present day, and there are riot police entering the fray amidst plumes of smoke, and Trump supporters storming the seat of democracy itself. 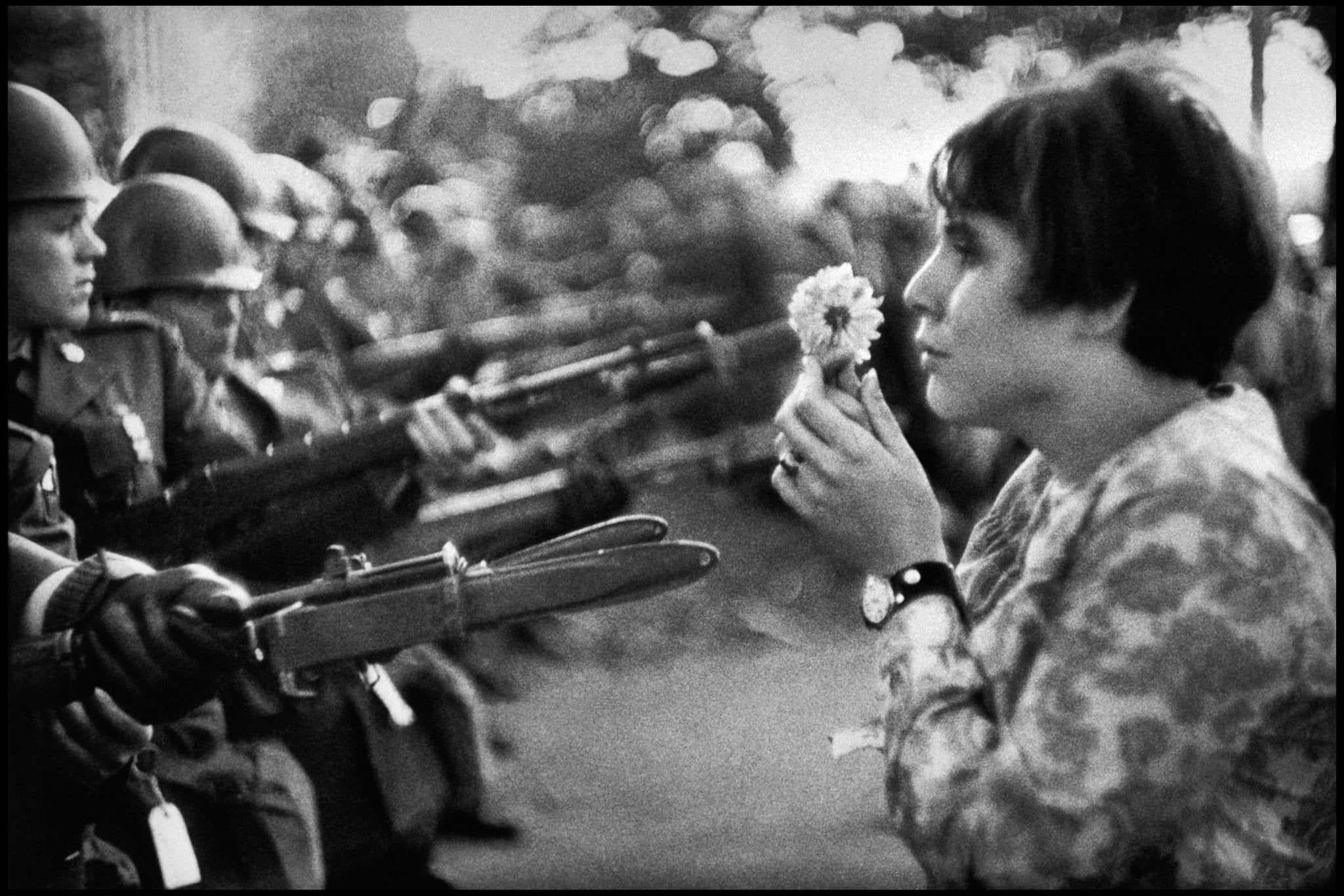 The images themselves, from both eras, are profoundly moving. It’s impossible to look at them and not feel the anguish, so sharp on the faces of protestors, so dull and deep-rooted in the weary figure standing on a corner of El Paso in Matt Black’s 2015 photograph. Sometimes, the date on the photo’s placard may shock you. This juxtaposition of then and now is, of course, what makes the exhibition interesting, but when faced with so many parallels, and so little sense of change or progress, the lingering effect of that initial shock is an overwhelming sense of despair. 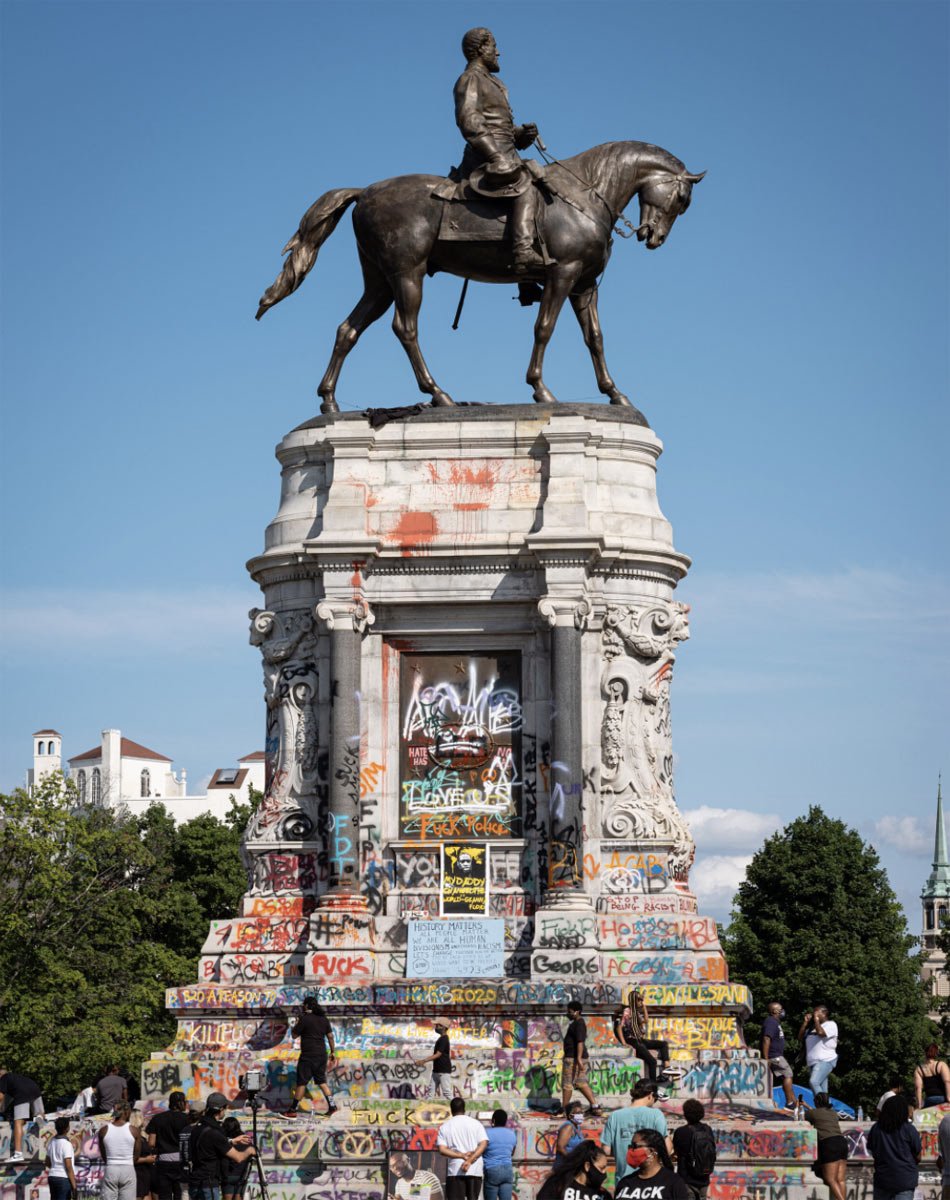 The original America in Crisis included an interactive installation devised by the curator, Charles Harbutt. Concerned how far context can influence the way we interpret an image in newspapers (or exhibitions, even), he created the ‘Picture Bandit’. Inspired by one-armed bandit gambling machines, it allowed viewers to pull a lever to stop three spinning reels of photographs, giving them the chance to draw their own connections between three randomly presented images.

Here at the Saatchi, the installation’s been given a modern update. The final room of the show feels like a kind of physical manifestation of social media. In the dark, more than half a dozen monolithic screens cycle through the exhibition’s photos, like scrolling through multiple newsfeeds. A pedal in the centre of the room allows viewers to momentarily pause the loop. But in 2022 these images aren’t randomly selected – an algorithm connects pictures that share a keyword.

On the one hand, it brings to mind the biases we risk introducing to, and as a result enforcing through AI. It’s relatively easy to distinguish a tree from a car, but who decides – and teaches – these algorithms what is protest, and what is rebellion? In a way, this modern edition counters Harbutt’s argument by reminding us of the problems lack of context can cause on social media – like sharing emotive headlines without reading the full article, or only being shown viewpoints you already agree with. There’s plenty to provoke discussion here, but the pure sensory overload of all these images mainly serves to compound that feeling of helplessness from the main exhibition.

Maybe that’s the point, in which case it’s entirely successful. But wouldn’t it be nice to emerge from this crisis with a little hope?

NOTE: America in Crisis runs at the Saatchi Gallery until 3rd April. Tickets cost £5, or £8 on weekends, and you can book HERE.

Like powerful art? Check out the RA’s latest exhibition on Francis Bacon.