You Can Now Take an Online Tour of London's 'Sistine Chapel'

The Painted Hall | Virtual tours for the quarantined/ lazy

Greenwich’s Old Naval College is home to a place called “The Painted Hall”.

The name really undersells it.

It’s been called “Britain’s Sistine Chapel”, and it was originally designed by Sir Christopher Wren around 300 years ago. They then bussed in Baroque artist Sir James Thornhill to do a Michelangelo on the place, and he spent the next nineteen years covering 40,000 square feet of walls & ceilings with meticulous, spectacular paintwork. 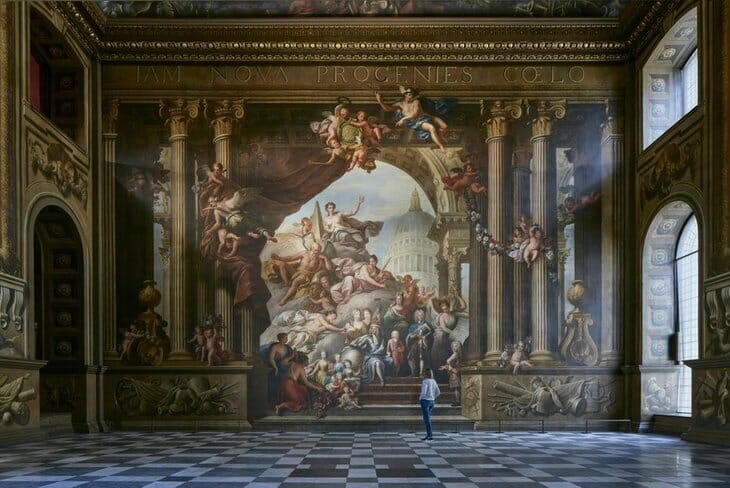 He did such a good job in fact that he was knighted for his efforts and given (adjusted for inflation) a cool million pounds. And you can see why – the paintings are so strikingly impressive in both their vast scale and their tiny detail, showing Britain’s naval power in its ascent to world domination, aided by a lineup of monarchs literally trampling enemies underfoot.

The place has quite conveniently recently gone under a huge restoration project too, meaning that the new virtual tour is all the more vivd for it. It’s extremely well put together, with an ultra-high resolution closeup of the ceiling, a narrated audio-tour, info-boxes on the areas of interest, and even a VR option for smartphones. But, by this point…

…we don’t need to paint you a picture.

NOTE: Check out the virtual tour of the Painted Hall right HERE.

Like virtual tours? Here are a couple of dozen more…