Little known fact: The Cutty Sark is named after a line in a poem by Rabbie Burns called Tam o’Shanter.

In the poem that’s the nickname given to a sexy witch named Nannie Dee who danced in the same linen chemise she was given as a child, and which therefore was basically a just a very large belt. Thus, she was immortalised not only in verse, but also as the figurehead of the ship named after her, carved in wood, painted white, and leading the charge into the ocean.

Now just a brief bit of background for anyone who doesn’t know just why the Cutty Sark is a big deal. Not only is she around 150 years old, but she’s was at the time the pinnacle of sailing ship technology. She was built as a tea clipper (literally a type of ship that moved at a fast clip), and her purpose was to get shipments of tea from Shanghai to the UK faster than anyone else. And she did just that, setting speed records and claiming the rewards for being the first in the land of tea-lovers to have fresh tea. 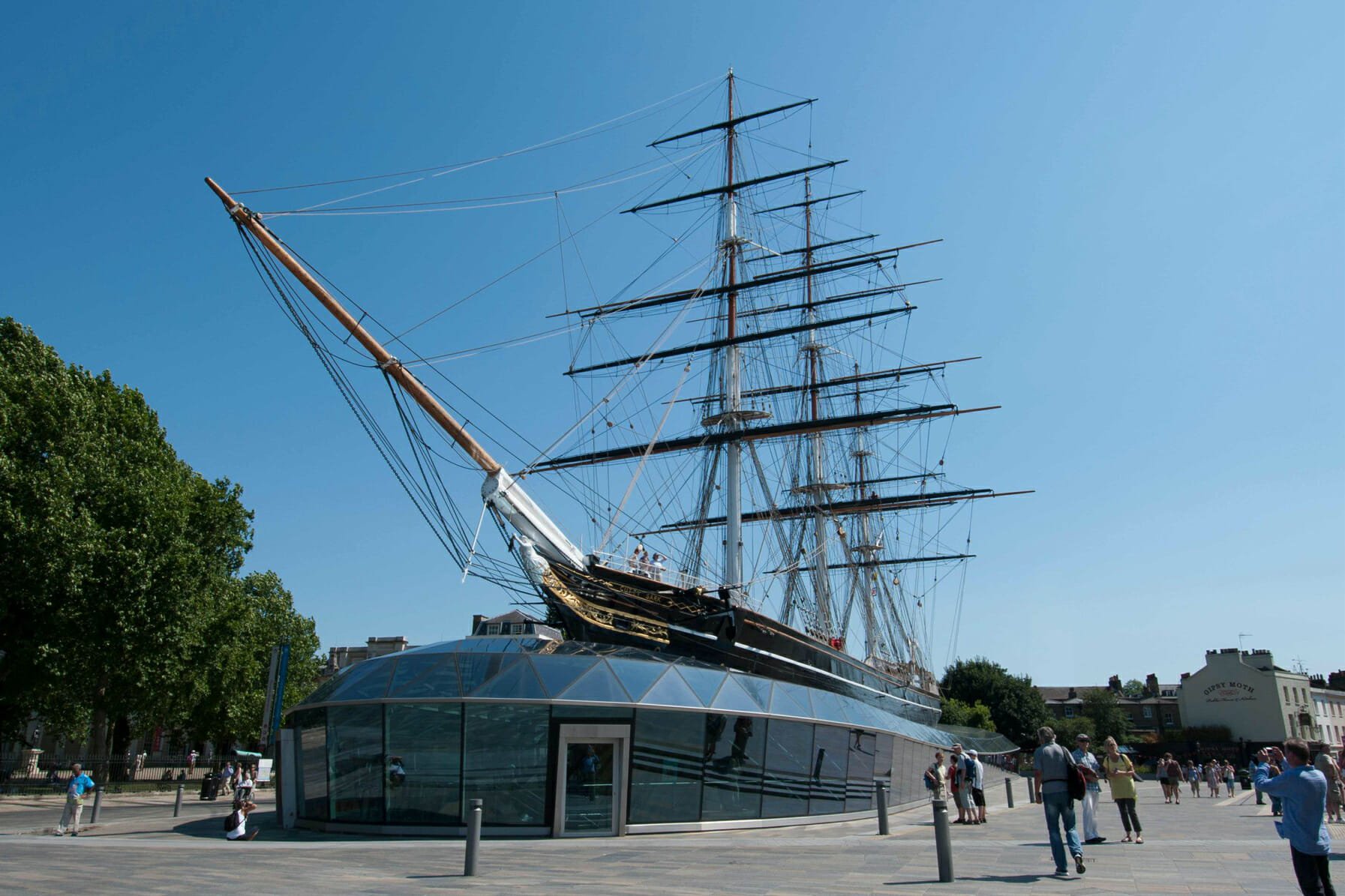 Unfortunately for the Sark, the Suez Canal was opened in the same week she was launched, back in November 1869. That made it a lot easier for newfangled steamships to make the journey from the Far East, so the sailing ship soon became an antique. But thankfully, the Sark was kept afloat, and after being passed from port to port for a few decades (and almost burning to ash in a suspicious fire) ended up in her current display in Greenwich.

That current display is really quite remarkable. Yes, you can go onto the deck and peruse the cabins & cargo holds, and see the 153ft mast towering above you (and even climb the rigging for a crow’s nest view over London)… but the real treat is down below. You see, she’s been perched atop a beautiful bed of glass so that you can see down the full length of her hull, right to the keel. And you can actually go underneath it too, and gaze at the glimmering copper hull from below, all the while wondering how the tiny struts holding the ship three meters above the ground can support the full 963 tonnes of her weight.

They hold regular events there, from Halloween, to Burns Night, to Christmas, to one-off movie screenings, dances, and more.

Trust us… you’ll want to hit the deck.

NOTE: The Cutty Sark is open daily. You can find out more, and book tickets, right HERE.

Making a day of it? Take a look at our guide to the best restaurants in Greenwich.