The city’s bartenders have really shaken things up this year.

We’ve seen everything from swanky cocktail palaces, to hip-hop speakeasies, to moody subterranean mezcalerias all cut the ribbon and pop the champagne in 2022. But only ten of them get to be amongst the ten best of the year. We wish it could be more, but maths can be frustratingly inflexible sometimes. So without further ado, here they are… 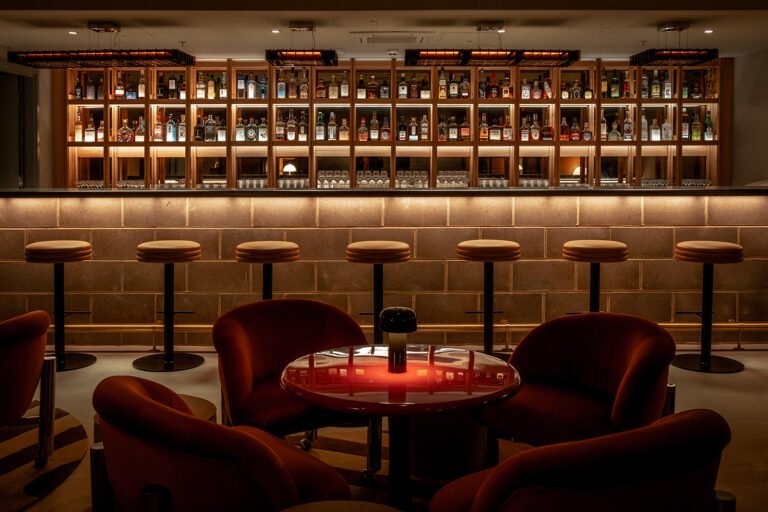 Ryan Chetiyawardana is many things – mixologist, restaurateur, uncrackable password – but his breadth of talent has been poured mainly into his line of Mr Lyan cocktail bars, which included the world’s number one for some time. And this year, he cut the ribbon on another, Seed Library. Set down in the basement of the 100 Shoreditch hotel, it’s the definition of moody, with dim lighting; red velvet armchairs set around lacquered, lamplit tables; and a bar made of breezeblocks. It’s retro, kind of brutalist, and more than a little louche. And the drinks? Well, it’s a classic, deeply experimental exploration of booze, refined into something approaching perfection. 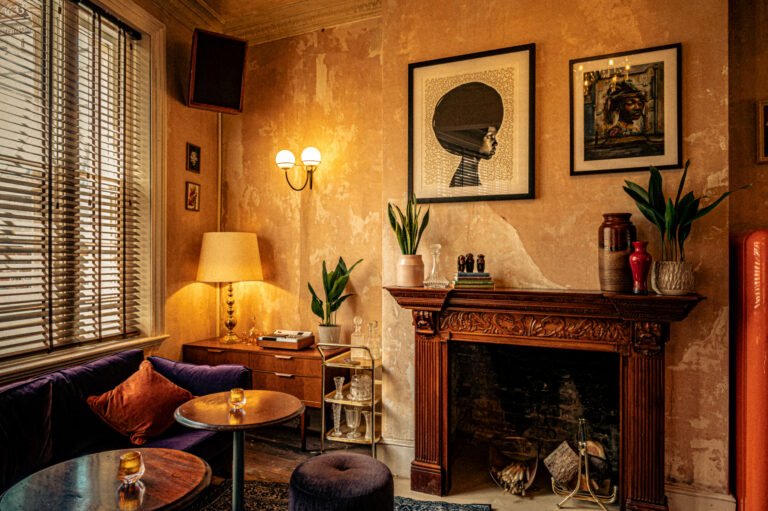 Roxanne calls itself a ‘hip hop speakeasy’ and honestly, it delivers on that promise. It’s hidden away in a secluded side street of Shoreditch (although it does have a nice neon sign outside saying ‘bar’), and inside it’s a shrine to New York’s hip-hop heyday back in the ’80s. When there isn’t a live DJ, there’s a superbly well curated playlist of old school hip-hop with a heavy lean towards the genre’s female pioneers. You’ll be Shazam-ing tracks from the moment you get there to the moment you leave. And it doesn’t hurt that the drinks are great, too. 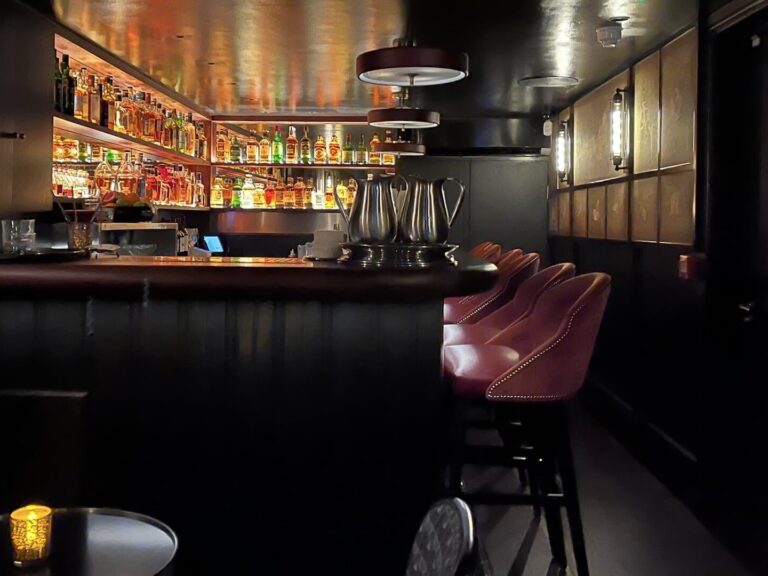 Sibling to Swift Soho and Swift Shoreditch, it’s a two-storey cocktail temple within olive stone-spitting distance of London Bridge station, meaning that however long you find yourself ensconced in its low-lit, seductive cocoon, you’ll always make the last train home. And sure, this is the third bar in the family. But that doesn’t diminish its star one bit. The Art Deco stylings are just as moody and cool, the drinks are just as creative and delectable, and the atmosphere is just as heady & fun. 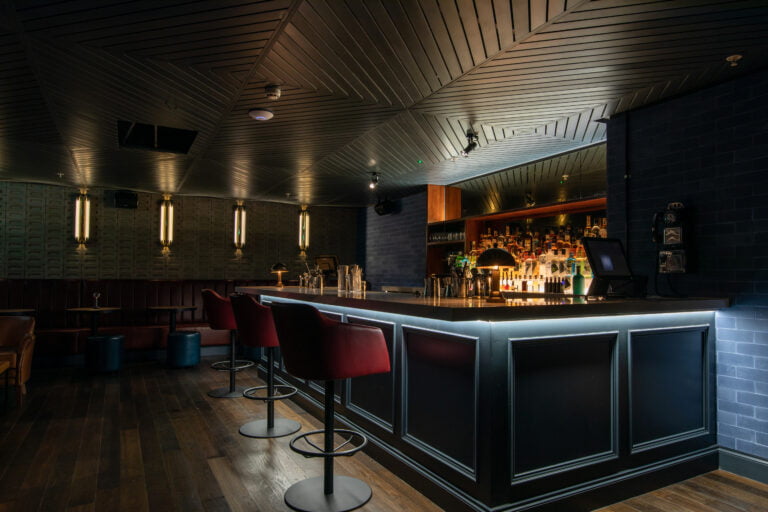 Lost Property Office is a small island of moodily cool calm in the chaos of Brewdog Waterloo’s 27,500 sq foot beeremoth above. It helps that it’s literally hidden, accessed by an old fashioned telephone. And it also helps that the bartender is one Rich Woods, who ran (the much-missed) Scout with Matt Whiley. He’s a true alchemist, a mixology pioneer who seems to imagine the flavour he wants to create, then works backwards to make it. And he has delivered – on the latest menu there’s a Chocolate Orange Negroni, and it’s impossible to overstate how delicious it is. It’s as if Woods has found a way to melt actual segments of the chocolate and somehow transform it into a clarified drink… 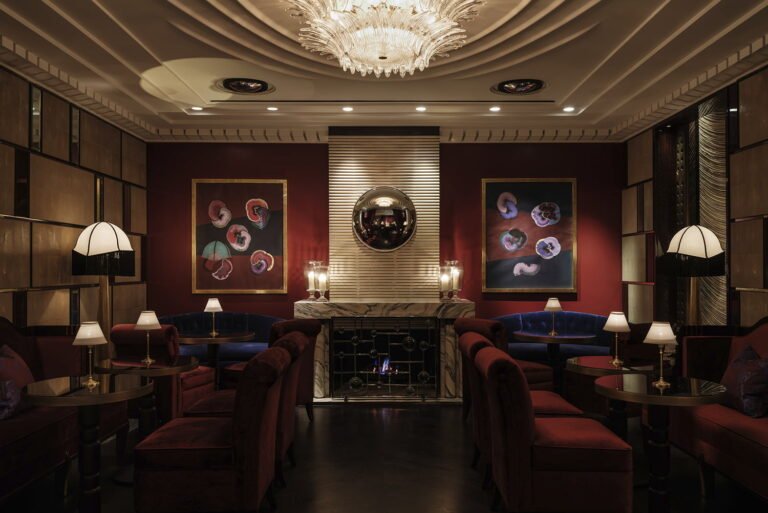 Even without its main attraction, Velvet would be a lovely bar. Set in the old spot that used to be home to Bassoon Bar in the Corinthia Hotel, it’s a true beauty, furnished with deep red & midnight blue art deco booths and apadana chairs, cream and onyx fringed floor lamps, and a stately marble fireplace. But that main attraction that we were talking about? Would be the man responsible for the menu, cocktail wizard Salvatore Calabrese, AKA ‘The Maestro’. He earned that nickname because, frankly, wasn’t just at the tip of the spear during London’s cocktail renaissance, he was the tip. And here he’s created a list of creations, one or two of which are destined to be future classics. 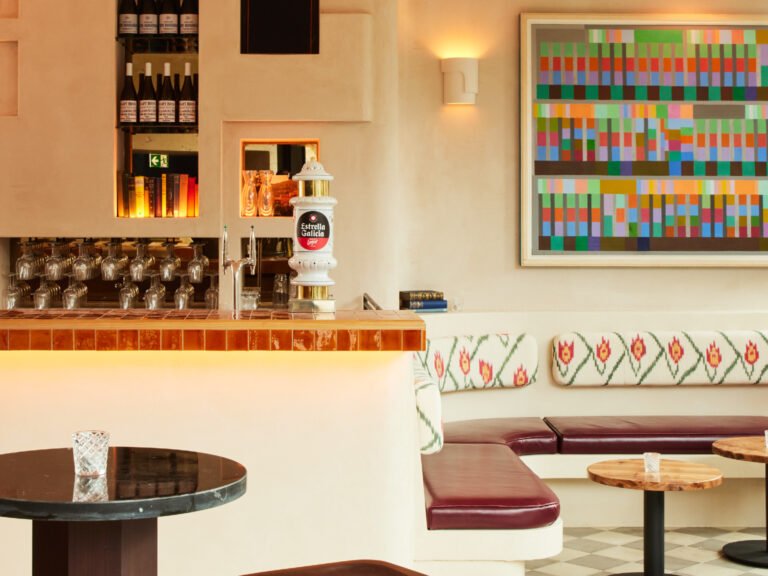 Bar Daskal is part of a continuum of three openings in the new Borough Yards development – walk down the corridor at the back, and you’ll emerge into the new Barrafina space, before ending up in the new Parrillan restaurant too. And, given that both of those restaurants are absolutely excellent, it’s not exactly a shocker to find out that the third of the triplets is every bit as good looking, welcoming, and impressive as its siblings. The space gives off a relaxed Mediterranean vibe, the drinks are refreshing, and the food comes out of Barrafina’s kitchen. Lovely all round. 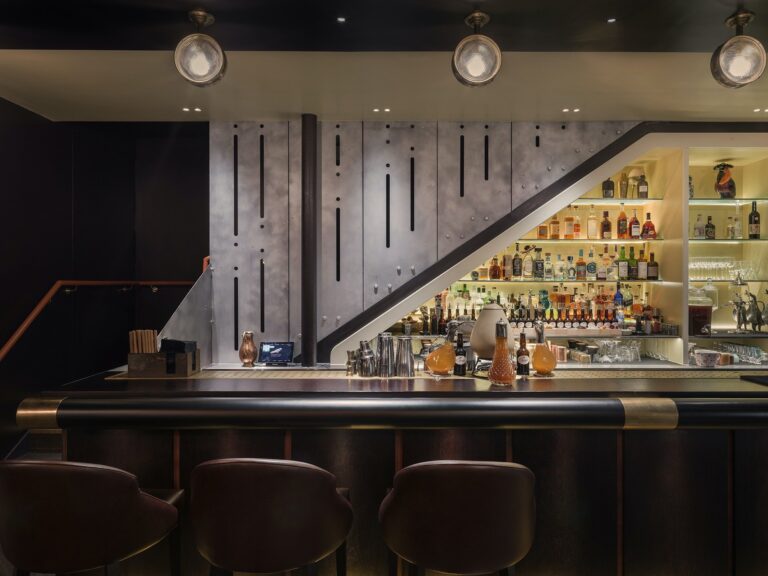 Nightjar was one of the first modern speakeasies, who embraced America’s prohibition culture (despite there being no such thing over here) and who ransacked the early 20th century for arcane cocktail recipes – and in doing so, became one of the most influential, respected, award-vacuuming bars in the city. So the long-awaited sequel had a lot of pressure sitting on its delicate glassware. And thankfully, it delivered. It’s got ravishing ’30s decor, hot jazz playing nightly, and a suitably insane array of cocktails. 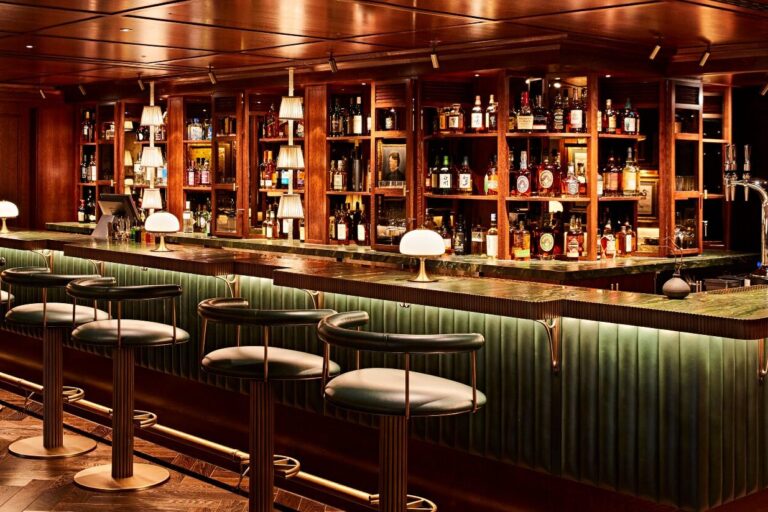 You’ll find the Aubrey in the Mandarin Oriental, a place not exactly known for its thriftiness. Within sight of the bar you’ll see Harrods, the Rolex shop, a Mclaren dealership, and One Hyde Park, the most expensive housing in the UK. So, you don’t come here for a cheeky half of cider, put it that way. You come here to bathe in luxury and impeccable service, bask in glossy marble, gleaming brass, and plush leather seating, and gratify your tastebuds with one of their wonderful cocktails. It calls itself an ‘izakaya’ which, Roughly translated from the Japanese, means pub. And The Aubrey is many things, but it is not a pub. 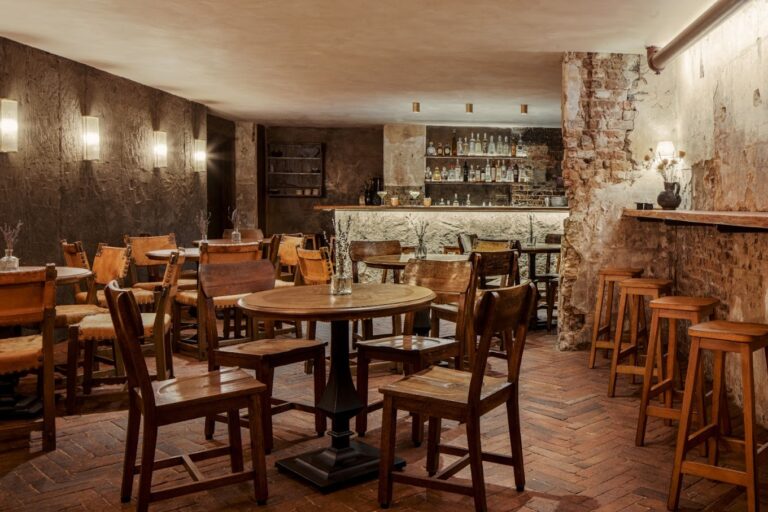 Mexican chef Adriana Cavita named her debut restaurant, Cavita, after herself. So when she opened a gorgeously rustic, dimly-lit mezcaleria below it, she instead elected to name it after an Aztec goddess. Pull up a chair, and you’ll see that the bottles illuminated at the back of the bar are all agave-based spirits – tequila, mezcal, bacanora and more – sourced from independent producers across Mexico. And along with some stunning drinks, you’ll get an education too, learning about obscure spirits, accent practices, and getting drinks with unusual pairings like dark chocolate, grapefruit and grasshopper salt to bring out their flavours. The walls are rough, the drinks are smooth, and the experience is unforgettable. 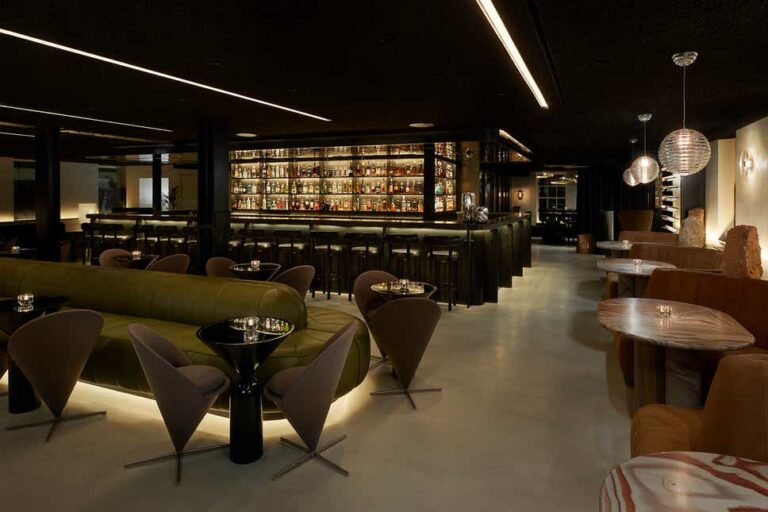 Silverleaf ticks a lot of boxes: it’s effectively hidden, with only a small sign on a whitewashed wall next to a door that seems to lead to nowhere. It’s gorgeous, moody, dark, and slickly designed, filled with Tom Dixon furnishings. The bar team bring their talents via Milroy’s & Calooh Callay. And the menu itself is one of the most innovative you’re likely to come across, showing off flavours with colourful symbols, like a boozy form of synaesthesia. And at the end of it all, you have a cocktail joint that is somehow greater than the sum of these truly great parts.

Fancy something to eat with that? Check out the best restaurants of 2022…