Soho's About To Get A Permanent, Hidden House Party

Soho’s about to get a new speakeasy from the Little Door company.

They’re the people behind The Little Orange Door in Clapham, The Little Blue Door in Fulham, and The Little Yellow Door in Notting Hill, who specialise in slapping unmarked (but colourful) doors in bar-heavy neighbourhoods, and creating a kind of heady, buzzing house party vibe behind them complete with sofas, houseplants, record players, dancing, the works. As they slowly but surely work their way trough the rainbow, they’re now landing in Soho with the Little Scarlet Door, coming this May.

Watch out green, indigo, and violet. You’re next.

As with all the other little door venues, there’ll be no signage or clues as to its presence – it’ll look just like a flat. One with a little scarlet door. And on the inside, while all the other Little Door venues are dressed up like classic maisonettes, this one will be a little different. After all, classic maisonettes are a tiny bit harder to come by in Soho. So this one will be more open plan, much like a NY-style loft, complete with all the “exposed brickwork, raw plaster, concrete flooring, industrial finishes & fittings, and floor-to-ceiling tiling” that you might expect. 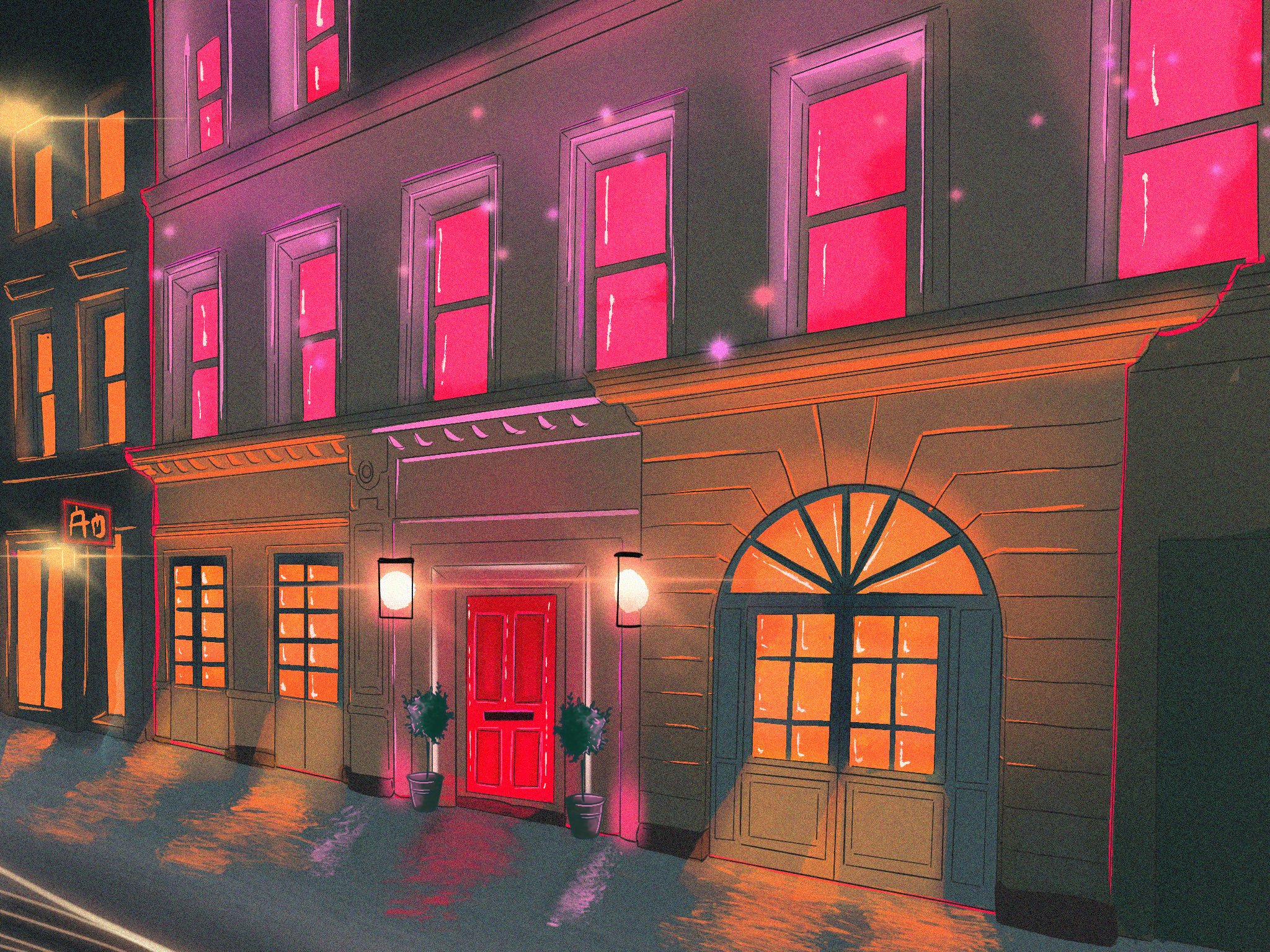 Every night will be a house party. The kitchen will double up as a bar (complete with fridge, cookbooks, etc), the living room will filled with sofas, and there’ll be games and bookshelves for you to browse at your leisure. If you fancy having a private moment with someone, you can pop into the shower (and yes, there will be shower caps, rubber ducks, etc.) or the laundry room, which has another secret space tucked behind it too. It’s called The Vault, and it’s covered in silver. Every flat has one of those.

The cocktail menu will be found somewhere in a photo album or diary laying about, and will include signatures like bright yellow Kill Bill (with tea-infused gin & lemon), or the ‘House Punch’ which – in the spirit of any good house punch – is a blend of several different types of rum & fruit juices. If you want to really push the boat out you can get a sharing cocktail served in a vase or a mixing bowl, or spring for one of their ‘Shit Hot Tipples’ made with fancy booze like Enemigo Cristalino tequila and QuiQuiRiQui mezcal, which both go into the rosemary-laden Y Tu Mama Tambien.

…but we’ll allow it.

NOTE: The Little Scarlet Door is set to open on May 31st. We’ll be back then with the full scoop. In the meantime, you can find out more at their website right HERE.

Want dinner with that too? Here are the best restaurants in Soho…