Not your common or garden comedy club, Backyard was founded by TV regular Lee Hurst (who, thanks to some rather edgy & ill-advised Tweets, may now be TV not-so-regular Lee Hurst) back in 1998. Since then however it’s gone from strength to strength, having had a full top-to-bottom refurb in 2013 and been turned into a full-on bar and entertainment venue. Now, not only do they host comedy, but also variety shows, cabaret, swing dancing nights, and assorted charity events.

The space itself is a hop and a skip from Bethnal Green tube. It’s all on one level, with a huge stage area (complete with backyard-esque wooden pallets on the stage itself), and a separate bar next to it, packing table football, darts, pool tables, board games, and a whole lot of beer too. As for the acts? Well, they proudly declare to be the home to “West End Shows at East End Prices” – and with tickets starting at zero pounds for previews, and hovering around the £10 mark for the bigger events, they’re not wrong. 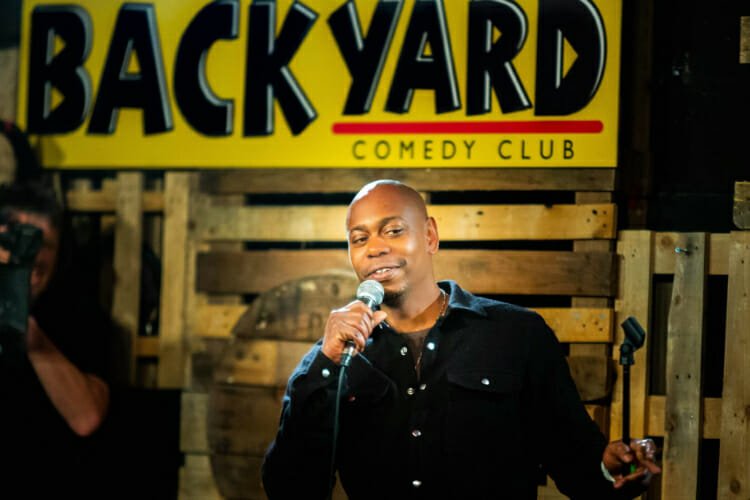 Nowadays it plays to big names as well as emerging comedians on regular stand-up nights (Thursday-Saturday). Two monthly nights, however, stand out – Natural Born Storytellers, a surprisingly moving and varied night which sees audience volunteers and pre-booked professionals get up on stage and tell a true story from their life; and An Evening of Unnecessary Detail, which sees ‘spoken nerd artists’ joined by scientists, experts and enthusiasts to speak on incredibly niche subjects – or as they describe it, “an event where 80% of the words in the title start with a vowel”.

Everything’s made all the funnier by the alcohol on offer, and you can get a fresh-baked pizza or a gigantic stack of brownies laced with caramel & flapjacks to soak it all up, too.

Which really is pretty dope.

NOTE: Backyard Comedy Club is open now. You can find out more, and check out the shows at their website right HERE.