It’s going to make it pretty hard to lilo.

What’s even more impressive, though, is the restaurant already open below it, which comes to you from Robin Gill – the man behind such south London restaurant luminaries as The Dairy and Sorella.

Safely settled on the ground floor, Darby’s is accessed via a floating stone walkway across a glimmering pond, mirroring the moat surrounding the neighbouring American Embassy. Fittingly, the place is inspired by Robin’s father, Earl ‘Darby’ Gill, who worked as a jazz musician in Manhattan in the 50s and 60s.

That era gets a nod in the handsome, double-height space, with rippling subway tiles lining the walls, sage green velvet seating, mid-century lighting and monochromatic mosaic flooring winding round the large central bar. The perches here are for the golden hours of the afternoon, when oysters are freshly shucked for £1 a pop, and head barkeep Wesley Yeung (also from The Dairy) pours the Guinness and Champagne. 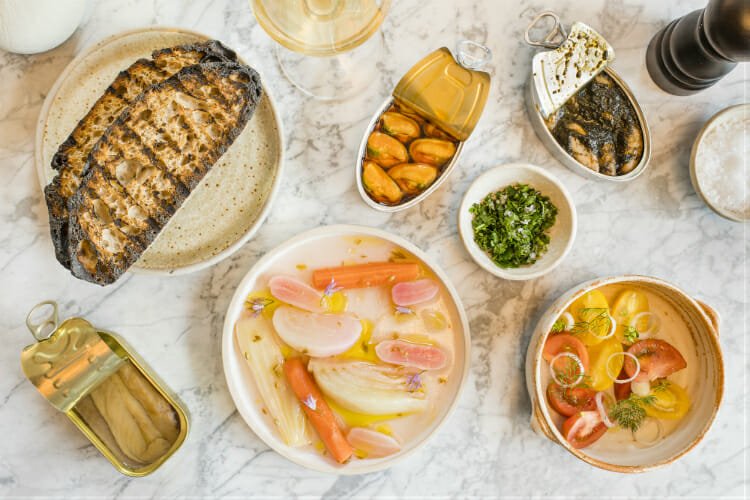 Gill’s big on provenance, and the transparency isn’t just on the menu, with producers and breeds dotted across the page, but also quite literal, with an in-house bakery churning out fresh sourdough; and a huge cold-store upstairs where you might catch the day’s steaks being butchered.

Like its NYC inspiration, Darby’s is an all-day affair. In the mornings, you can tuck into Full Irish Breakfasts with slabs of bacon topping that sourdough, or waffles topped with cultured cream and maple syrup. And as the raw bar springs to life at noon, you can accompany oysters with other crudo and charcuterie, from marinated meat escabeche to prosciutto; smoked mackerel to caviar. It’s also the first appearance of the best-named item on the menu, the ‘little perverts, witty & spicy’. This dish is a Basque pinxto invented in San Sebastian over 60 years ago, and named after Rita Hayworth’s character in the film Gilda. Skewering a pickled chilli, an olive and an anchovy, it’s verde, salado y picante (green, salty and spicy) – or, as it can also be translated, ‘a little pervert, witty and spicy’. 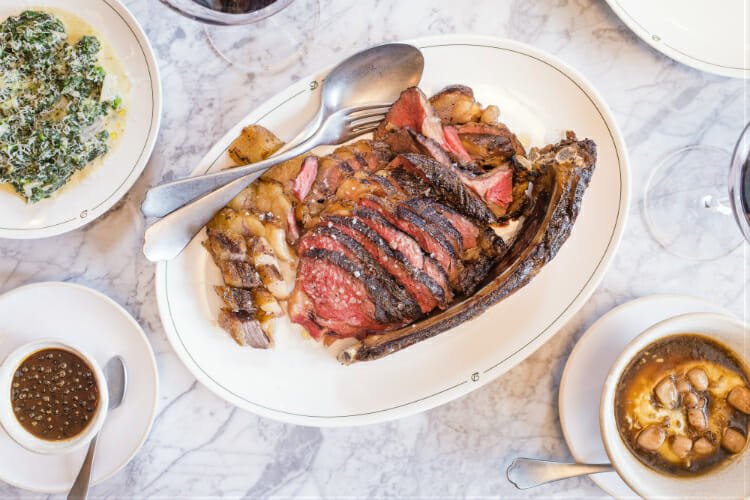 As dusk falls, the lights are dimmed and the grill’s fired up, scorching the day’s best catches – like monkfish and wild turbot – and slabs of Dexter beef and Oxford Sandy pig for perfectly charred mains, served alongside braised chard, fennel salad, and velvety mashed potato that must be about 70% butter. If you’ve room after, you can cap it off with malted milk affogato; chocolate mousse with Guinness ice cream; or an Irish leaning cocktail, like the Mulligan’s Margarita (with poitín instead of tequila) or the Spud Sour.

NOTE: Darby’s is open daily for breakfast, lunch and dinner (only until 6pm on Sunday & Monday). You can find out more, and book a table, on their website HERE.

Like the sound of this place? Check out The Dairy.