Take a Luca this.

It’s the second restaurant from the team behind The Clove Club (chefs Isaac McHale & Robert Chambers, and co-owners Daniel Willis & Johnny Smith), the debut which they managed to secure both a Michelin Star and the No.32 spot on the World’s 50 Best list. For this sophomore, which first swung its doors at the end of 2016, they’re aiming to show off “British seasonal ingredients through an Italian lens”, meaning that yes, there’s pasta, but the cheese is from Bedfordshire, not Bologna. That kind of thing. And the result is extremely impressive. 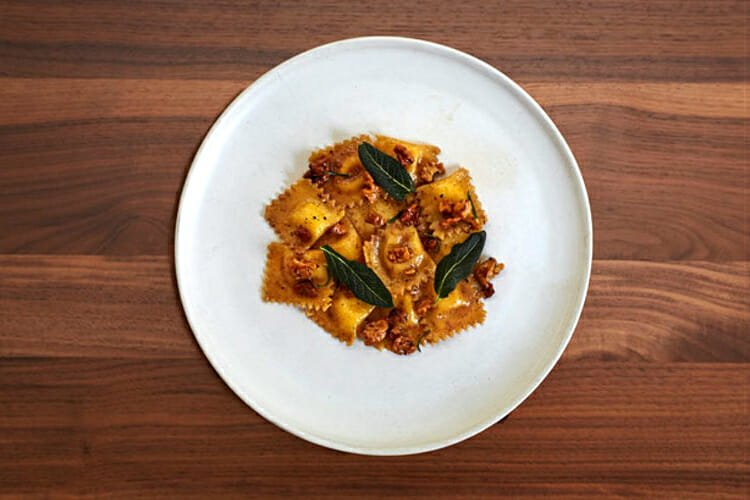 You’ll find the space just off Barbican, behind an innocuous looking exterior painted in a rich racing green. Once inside, the whole thing unpeels to reveal a lush space awash with sage, marble and brass, all taking its inspiration from 1950s Italy. Head past the centrepiece bar lined with intimate booths, and you’ll get to the main dining area, flanked by a pasta-making room, a private courtyard, and a gorgeous ‘Garden Room’ with soaring, double height windows. 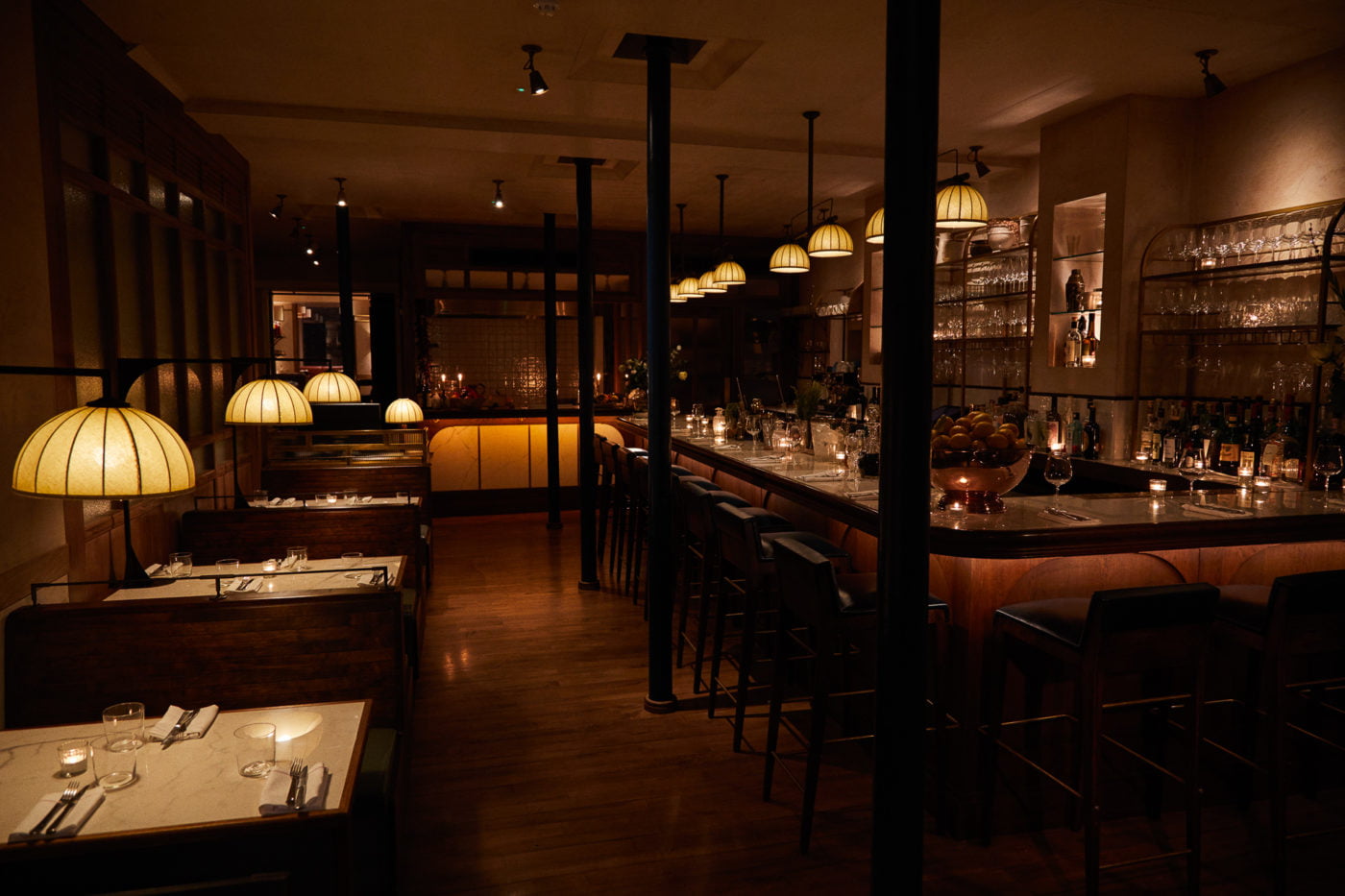 Once seated & settled, the first thing you’ll notice on your menu as you give it a quick scan will be a little dish called Parmesan Fries. Don’t skip past it. These are not chips dusted with a little parmesan. These are crispy little clouds of luxuriant, perfectly seasoned cheese, that we can only assume were created with a fryer and some black magic. Following that, there are Britalian dishes like cured Hereford beef tartare with Riseley cheese; agnolotti cacio e pepe with British winter truffle; and Scottish halibut with mussels, three-cornered leek, and coco beans. And for dessert? A lemon tart with rosemary ice cream goes down a treat. The lemons, by the way, are from Amalfi. No-one else in the world, let alone Britain, grows them quite like they do.

Popping briefly back to that bar, you’ll also find a lovely little cocktail list. As with the food, they’re taken pains to integrate both British & Italian influences, resulting in an impressive lineup that starts with their homemade limoncello, and peaks with a silkily smooth cocktail which blends London-made gin with Strega herbal liqueur, bianco vermouth, grappa, and olive oil. It’s called the Golden Negroni.

And no, it doesn’t contain carats.

NOTE: Luca is open Wednesday-Saturday, 12-10pm. Reservations can be made by emailing reservations@luca.restaurant or online right HERE.