When St. John make an announcement, it doesn’t matter how odd it may sound.

People take it as gospel.

After all, they’ve had some less than usual departures from the world of Michelin-Starred nose-to-tail dining over the years: A hotel. A bakery. A winery. And now, a theatre restaurant.

The theatre in question is the The Bridge Theatre (so called because it sits at the base of Tower Bridge), London’s first wholly new commercial stage of that scale in over 40 years. The brainchild of the National Theatre’s Nicholas Hytner and Nick Starr, it’s got space for over 900 punters; a portion of whom the folks at St. John hope to feed. 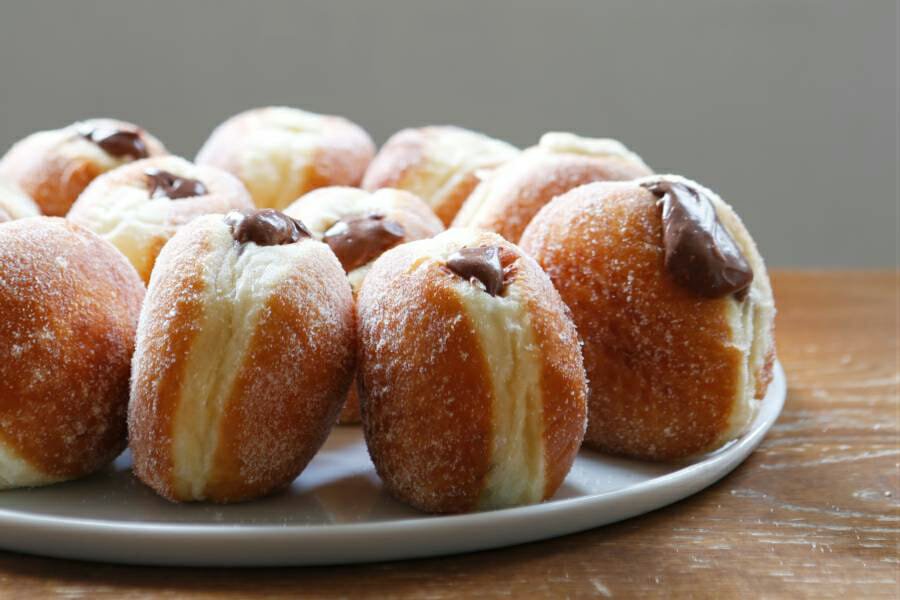 Open from 10am Monday-Saturday, you can swing by for freshly baked pastries (or their famed doughnuts) and a cup of coffee, before they start rolling out the small plates at noon. There’s dishes like smoked mackerel with potatoes and dill; cold venison with pickled prune; Welsh rarebit; roast beef sandwiches and lamb neck broth, served right up till 8pm. And if you pre-order, you can even get a hot batch of madeleines timed perfectly for the interval.

Washing all this down, they’re serving plenty of craft beers and Champagne (remember that winery?), and they’ve enlisted the help of Cambridge-based Jack’s Gelato to perk you up in the aisles.

NOTE: The Bridge Theatre is open Mon-Sat – you can find out more and book for shows at their website right HERE. The St. John café is walk-in only – head there for 5.30pm if you want to secure a table before the show.

Want the food without the theatre? Check out the original right HERE.