In 1909, Deptford-born C.W. Gardiner won the marathon, completing the distance in two hours and 37 minutes to take the prize money of £100.

Nothing unusual in that… except Gardiner ran his 26.2 miles indoors, to the accompaniment of a military brass band and an Italian tenor, and his only rival retired with blisters. And the venue? The Royal Albert Hall.

Opened by Queen Victoria in 1861, the ‘Royal Albert Hall of Arts and Sciences’ formed part of an area known as ‘Albertopolis’. Following the success of the 1851 Great Exhibition, the queen created a lasting memorial to her late husband by building cultural sites across South Kensington that also included the Natural History Museum, Science Museum and the V&A. The frieze running round the top of the Royal Albert Hall marks the human accomplishments Albert had sought to celebrate – among them, philosophy, music, mechanical invention and astrology. 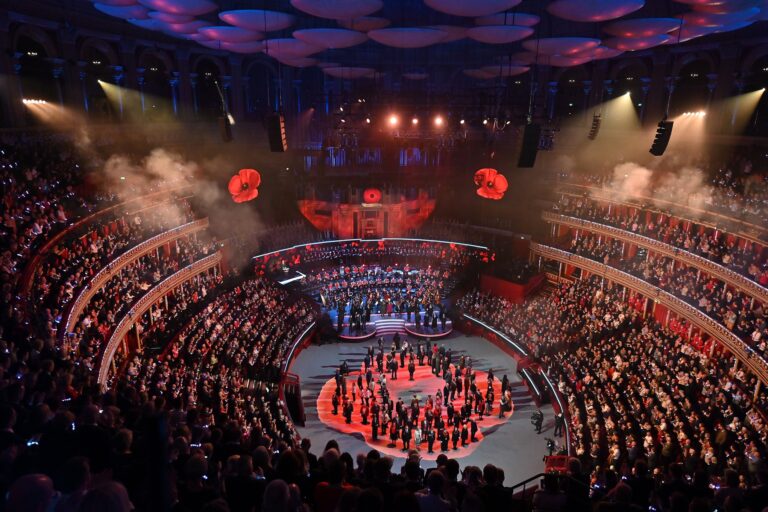 Affectionately known as the “nation’s village hall”, the Royal Albert Hall celebrated its 150th birthday in 2022. Over its long history, it’s hosted a ball for “the Gorgeous Girls of Britain”, and Annual General Meetings for the WI. It’s held a séance, with 10,000 people rocking up to watch a medium attempt to reach the spirit of Sir Arthur Conan Doyle (Sir Arthur had his own rather more fleshy encounters at the venue, judging a body-building contest where the competitors strutted about in black tights and leopard skins.)

Nelson Mandela, Emmeline Pankhurst and Albert Einstein have spoken from its stage. Mohammad Ali, Lennox Lewis and Ronnie Kray have boxed on its ring. Conventions have raised money for both world wars, the victims of the Titanic, and refugees. It’s held Butlins reunions and CND meetings; sci-fi conventions and exhibitions for sanitary ware; sumo wrestling tournaments and Charleston competitions. Quite what this all says about the nation is anyone’s guess. 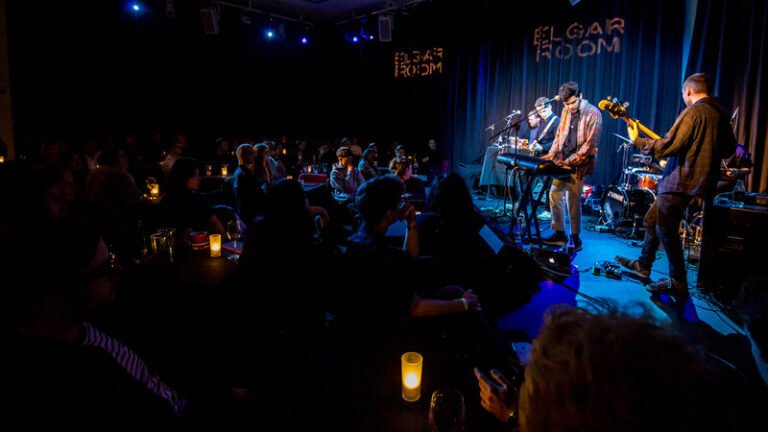 These days, the 5,900-capacity hall is best known as one of London’s best arts venues, with performances ranging from the Beatles to the MOBO Awards, Beyoncé to the BBC Proms, as well as opera, dance, comedy, circus and the spoken word. Open all day, it’s possible to join an hour-long tour of the venue, or just pop your head into the auditorium on your way to the café (it’s worth knowing there’s a lovely terrace outside the hall in summer). If you’re in the mood for something low-key, they’ve got that covered too – the intimate Elgar Room hosts smaller-scale concerts, from late-night jazz to yoga classes with live music. But for the full effect, there’s nothing like going to see a show at the Royal Albert Hall. Dramatic lighting illuminates the splendid Victorian architecture, strange-looking mushrooms growing on the ceiling (actually ‘acoustic diffusers’) allow the sound to envelop you, and the hall’s own organ might even get some airtime. And tickets aren’t as pricey as you might expect of such a spectacular setting – depending on the event, seats can start at around £20.

On your next visit, perhaps to see Tori Amos or Handel’s Messiah, you might like to invoke the spirit of C.W. Gardiner and run your own indoor marathon ­­– you need only dash round the auditorium 524 times before you take your seat.

NOTE: The Royal Albert Hall is open daily. You can book a tour or tickets to a show on their website here.

Looking for somewhere to eat nearby? Take a look at this handy collection of all the best restaurants in South Kensington…