Control Room B, the new cocktail bar from the people behind Mr Fogg’s and Cahoots, will be located in control room B of Battersea Power Station.

It’s all part of the iconic building’s renaissance, which will see it reopen on October 14th with a flourish of new shops, restaurants, glass elevators, and yes, cocktail bars.

The space itself will be left largely the same in terms of aesthetic, and you’re unlikely to find anything else quite like it in the city – having been built in the ’50s, it was once used to wrangle the volts powering about a fifth of the city (and a very important fifth too, with buildings like Parliament & Buckingham Palace in its purview), meaning the walls are covered from toe-to-tip with dials, gauges, levers, and all the lustrously practical functionality the era could throw at you.

Of course, a cocktail bar requires, well, a bar so that’s going to have to be added (apparently it’ll be inspired by the turbines that once generated all that power) along with some suitably stylish midcentury furnishings. The staff are even going to wear white boiler suits, in keeping with the original uniforms that the engineers used. 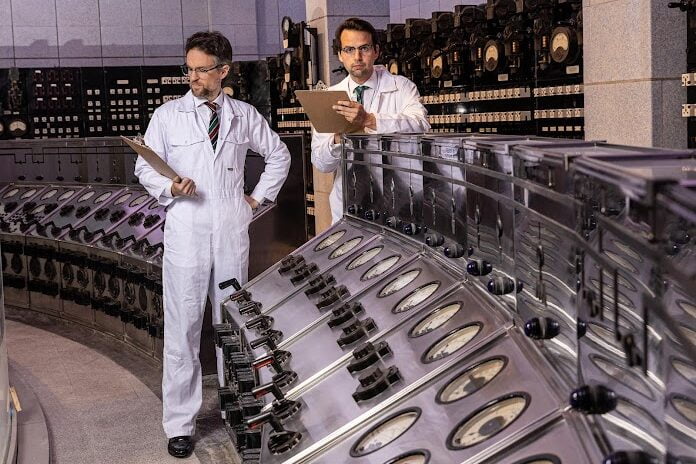 As for the drinks they’ll be handing out? Well, there’ll be coffee in the mornings, and champagne & cocktails later in the day. We can expect a list of 10 booze combos, all served in vessels inspired by the acetic of the Control Room itself, such as a stainless steel martini glass.

Will that affect the taste?

NOTE: Control Room B is set to open on October 14th. We’ll be back then with the full scoop. In the meantime, you can find out more at their website right here.

Looking for somewhere to eat in Nine Elms? Check out the latest izakaya to hit South London, Evernight…