Anyone who thinks an afternoon at the pub can’t pass as a scenic activity obviously hasn’t been in The Albion’s beer garden before.

Sitting among a stretch of Georgian buildings in Barnsbury (spot the facade with an aversion to clippers, and a lovely paved terrace), many make a beeline for this idyllic boozer during warmer months. A big reason being its wisteria-covered rear courtyard, which in full bloom gives some of London’s prettiest parks a run for their money in the greenery department. Whatever the occasion – casual pints with pals, lively lunches or even the odd wedding – it’s a strong look.

That’s not to say The Albion only shines when the sun’s out, though. With its crackling fireplaces, slinkable armchairs and cosy country pub feel, it gets pretty popular indoors too when the winter blues inevitably kick in. The central dining room, fashioned with chandeliers and old-timey wooden features, is primed for proper sit-down meals (although there’s also heaters handy in the garden for when you fancy eating outside) where the kitchen puts a gourmet spin on classic British pub fare. 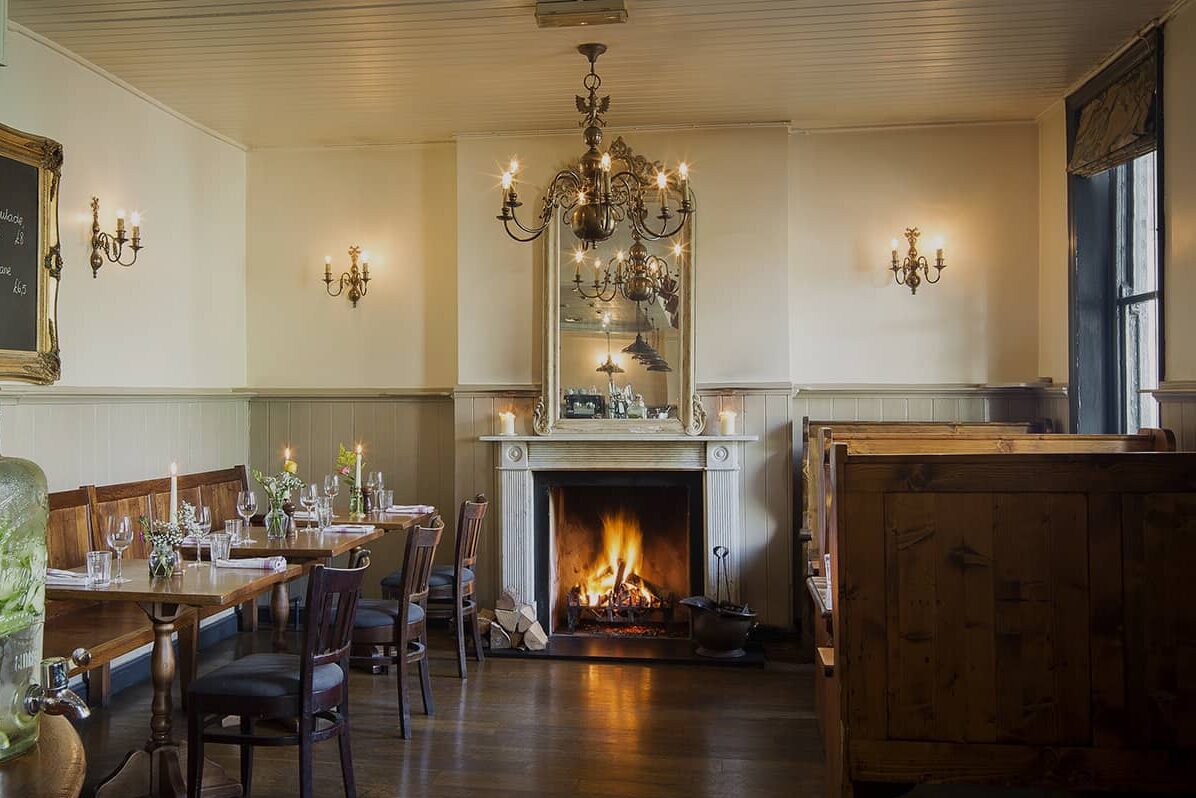 You’ll spy all the usual suspects on the menu from a cheeseburger to beer-battered haddock and chips, whitebait, and scotch eggs, capped off by crowd-pleasing desserts like apple crumble and sticky toffee pudding. On Sundays, the roasts then take over with locally-reared meats the centre of attention (choose from a slab of slow-cooked pork belly, Texel lamb leg, 21-day aged topside and more), all served with the textbook trimmings: veg, roasties and Yorkshire pud. Keep an eye on the blackboard as well, for when the more adventurous seasonal specials pop up – in the past, wild duck breast partnered with spinach purée and pomegranate. 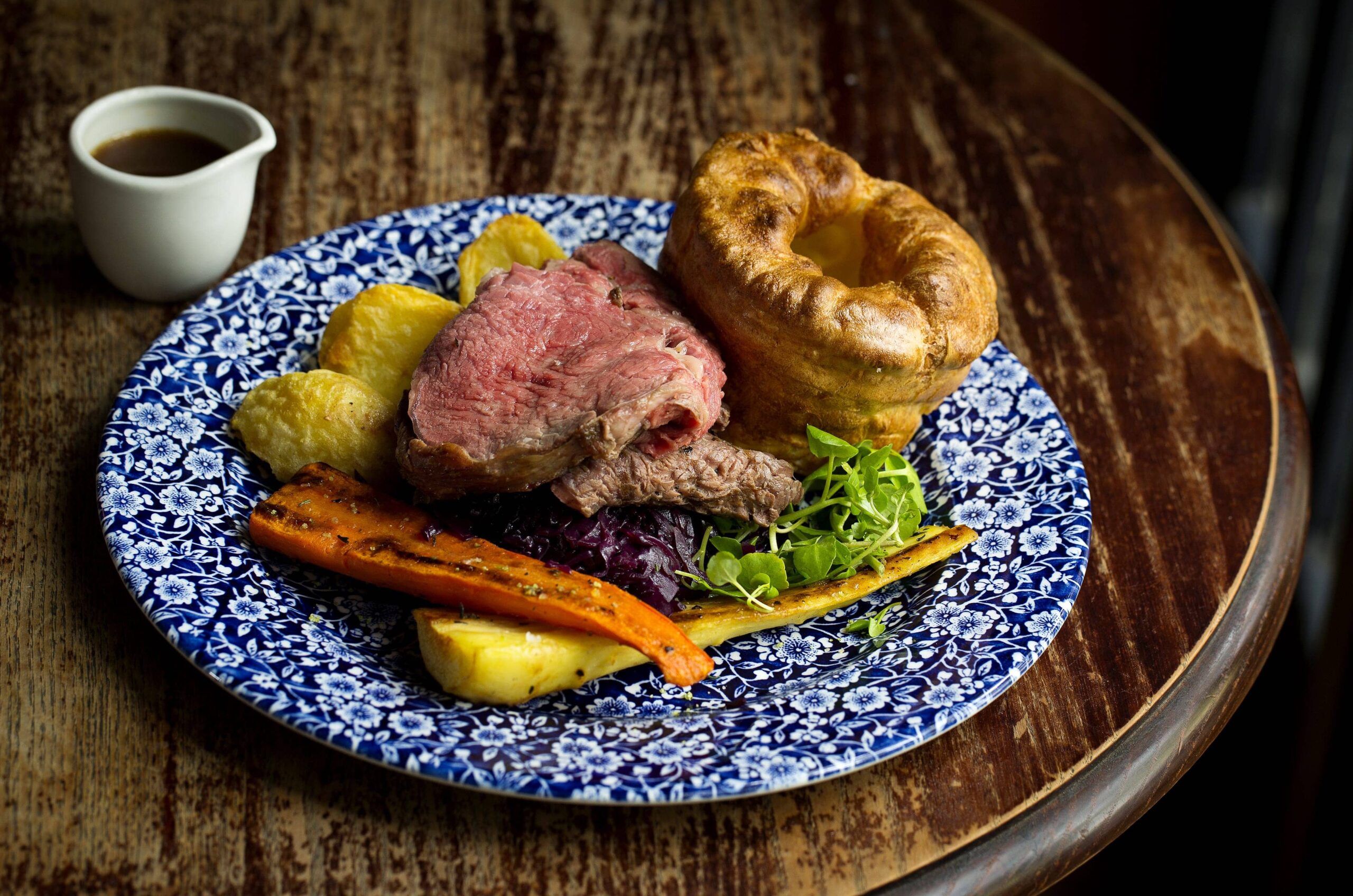 About the drinks situation: there’s ample beer pickings from the taps with a bunch of crafts and casks, including the pub’s own Albion Ale brewed by Laine Brewery. Non-beer wise, there’s bottled ciders, summery cocktails and a commendable wine list that draws largely from Europe.

Suggested pairing? A table in the beer garden…

NOTE: The Albion is open daily. You can find out more, and book a table, HERE.

Love a good boozer? Check out the best pubs in Islington.