Some people have a fear of long words.

People like that love BAO, a teensy (and very popular) steamed-milk bun mecca in Soho. But chances are they’ll still love the bigger, better BAO that’s opened up in Fitzrovia.

This ambitious follow up has almost double the space of the Soho original, spanning over two levels: a typically white, minimalist, ground floor with huge windows, and a metallic-walled basement space with banquette seating slapped in front of the open kitchen. 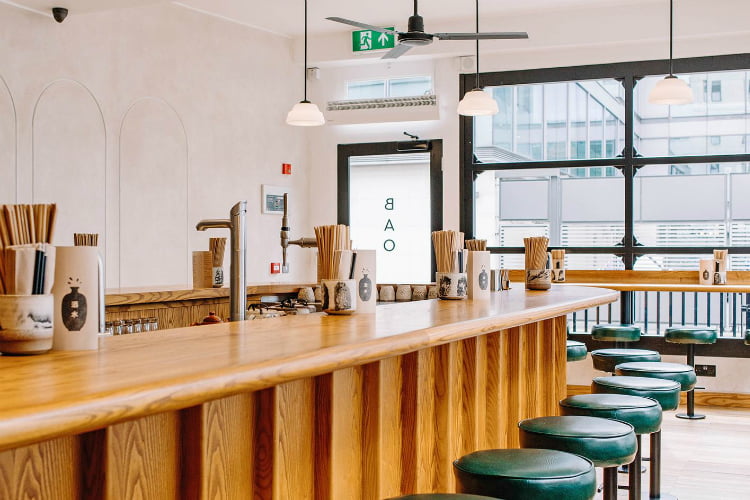 But if what you’re really after is “big eats” then, well… they have that covered too.

Because they’ve only gone and bagged themselves a huge charcoal grill upon which – should you pre-order – they’ll happily scorch you a sharing platter of meats like chilli chicken and 40 day-aged rump cap, served alongside bao, pickles, and “the Champagne of rices” from Chi Shiang in Taiwan. 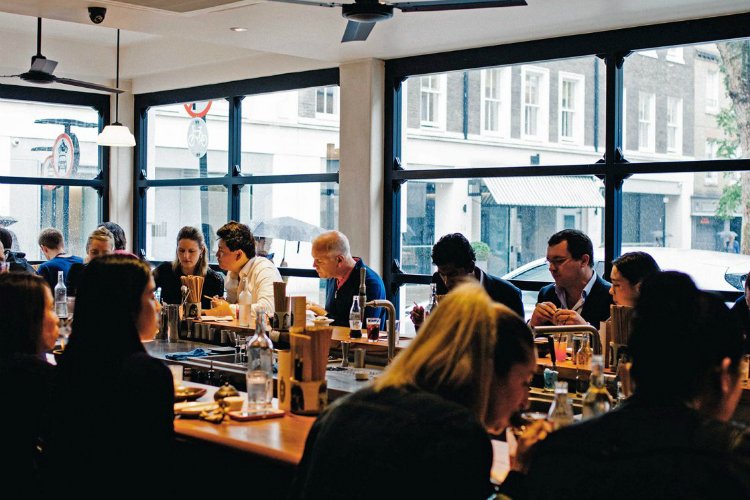 And naturally there are cocktails on this outpost’s massively expanded drinks menu, featuring originals like the Sweet Potato Sour, the blood orange-laced Ha-Hi, and the 9,000 Year Old Grog.

Obviously, it’s not actually that old…

But you might feel that way the day after.