The Best Restaurants in St James’s

But the good news is, he’s willing to share.

So, from Michelin-starred West African cuisine to glossy Nordic eateries; little-known hidden gems and notable, century-old classics – we’ve rounded up our picks of the best restaurants in St James’s London…
–

Decked out with Art Deco-styled interiors in lime and deep orange, 45 Jermyn Street is the quietly elegant restaurant attached to epicurean wonderland Fortnum & Mason – so it’s not surprising that the food’s excellent. Dishes follow a broadly Modern European pattern, and are served with outrageous panache, from the caviar trolley (on which eggs are scrambled for you, table-side) to their flaming Banana Foster. And in homage to the site’s history as the first spot in London to have a soda fountain, there are a couple of ludicrously indulgent boozy soda floats on the dessert menu, too… 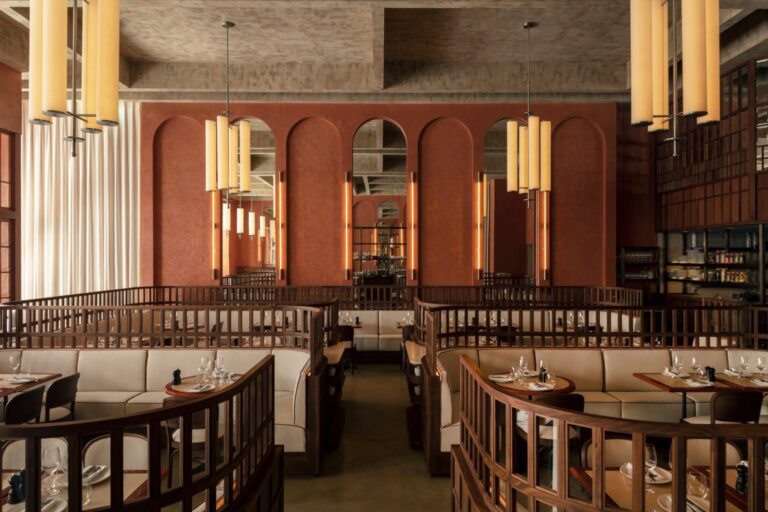 Maison Francois – or Frank’s House, if you want get all English about it – is what happens when you let someone indulge in their wildest French fantasies; a very good thing, as it’s former Masterchef finalist Matthew Ryle’s, who’s built his dream restaurant in the style of an old-school brasserie that you might see on the backstreets of Lyon, with an all-day menu of re-worked Gallic classics like jambon persillé (ham hock terrine) and onglet with sauce bordelaise and frites, and the kicker… a dessert trolley loaded with eclairs and truffles. 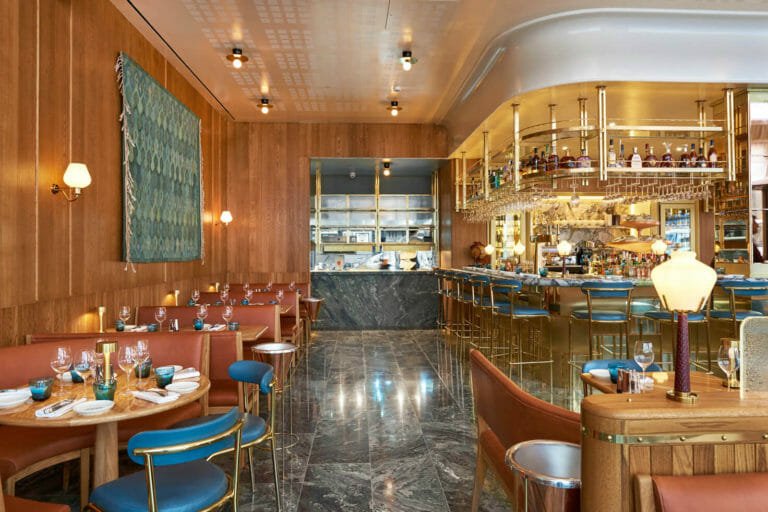 There’s now an easy way for you to visit New York’s critically acclaimed Nordic restaurant, Aquavit. Because it’s been very conveniently replicated in St James’s and continues to serve up smorgasbords, traditional Scandi dishes and, of course, plenty of Aquavit in convivial, rosy-hued surroundings.

Arguably one of the most successful things to be perfected in Ottolenghi’s kitchens, former NOPI head chef Ramael Scully has launched his first solo venture in St James’s Market. With a strong emphasis on pickling, preserving and creating his own ingredients, the dishes take inspiration from Scully’s own wide-ranging heritage, stretching from Ireland to Bali… 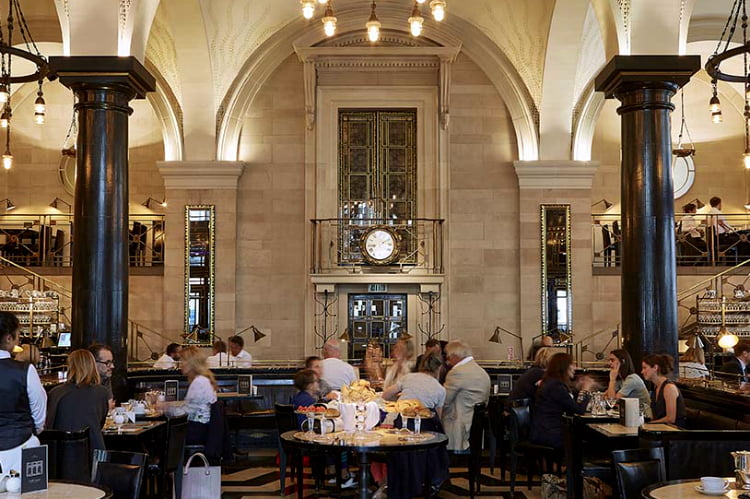 A café-restaurant after the grand European tradition, The Wolseley has made its home in a magnificent, monochromatic, marble-clad hall previously used as a Barclay’s bank, and before that, a car showroom. Nowadays, between stalwart dishes like bavette steak frites and coq au vin, it’s a reassuringly dependable spot for all-day eggs and toasted chocolate sandwiches. 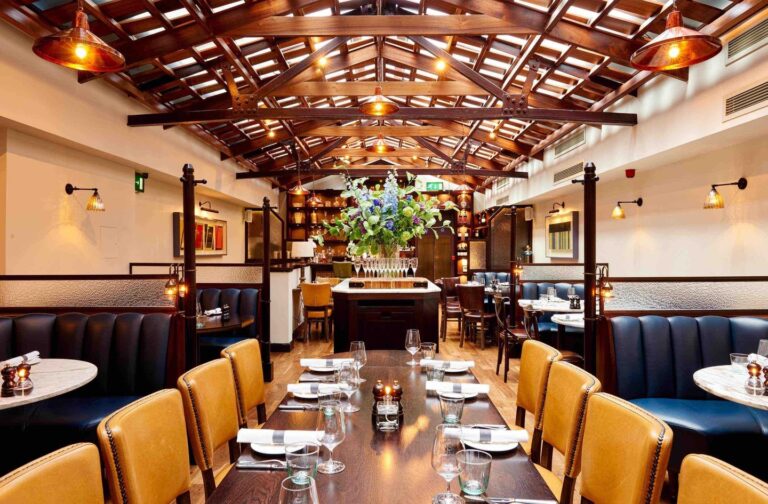 Despite the alleged casualness of the follow up to Angela Hartnett’s Michelin-starred Murano, Café Murano is still luxuriously dressed up with sophisticated leather banquettes, low-lighting and lashings of Art Deco-Italian style. And parmesan shavings. 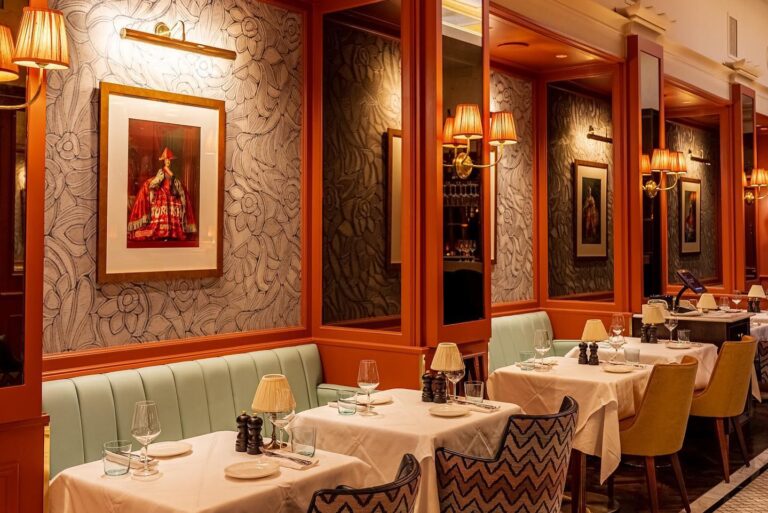 With poor French pronunciation, Richoux sounds a little like Ritz who, which, while not intentional, is appropriate – it’s just down the road from the fancy Piccadilly hotel, and offers up similar elegant old-world glam at a much more affordable price point (at least for restaurants in St James’s) with most of the mains – flat iron steak, burgers, chargrilled pork loin – falling under £20. In saying that you probably won’t walk away from here spending just the twenty; one reason being the signature cruffins (croissant/muffin hybrids) that you can order (in excessive quantities) from the display. 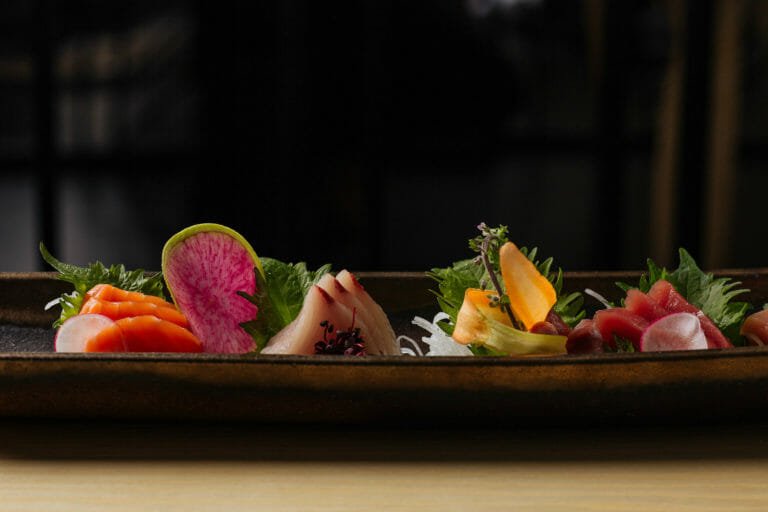 Housed in a demurely luxe, two-tiered restaurant, Ginza Onodera is the butterfly that’s emerged from the Matsuri chrysalis after 25 years. And it’s living up to the fanfare, with delicate sashimi dishes, Japanese-influenced cocktails, and a signature dish comprising fish fed solely on cactus. As was the 2020-2021 restaurant trend, Notto started out as a lockdown delivery service. It was originally called ‘Otto’, but when proper restaurant plans were being finalised owner Phil Howard got the bad news that there already was a business called Otto, so Notto it was… Naming inconveniences aside, Notto turns out on-point, made-fresh-everyday pasta (from pumpkin and chestnut ravioli to a pappardelle with eight hour slow-cooked oxtail), highly addictive Italian bar snacks (homemade focaccia, mortadella with pickled vegetables etc) and simple twists on classic cocktails (think grapefruit negronis and caramel espresso martinis). There’s notto lot more that needs to be said…

Rowley’s do one thing, and they do it well.

Because their sizeable entrecôte cuts are served up on a sizzling table burner, alongside roquefort butter sauce and unlimited fries… 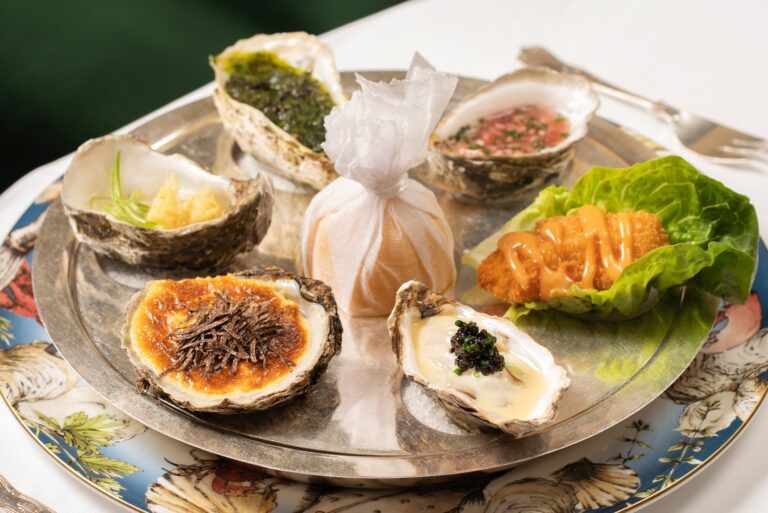 When a nearby bomb strike shook the restaurant walls back in the Blitz, then-owner Betty Leal reportedly threw down her tea-towel and announced that she just couldn’t be doing with it anymore – and Wilton’s regular Olaf Hambro had the restaurant added to his bill there and then. It’s now one of the oldest restaurants in St James’s, and, indeed London – having plied the British public with oysters for over 275 years… 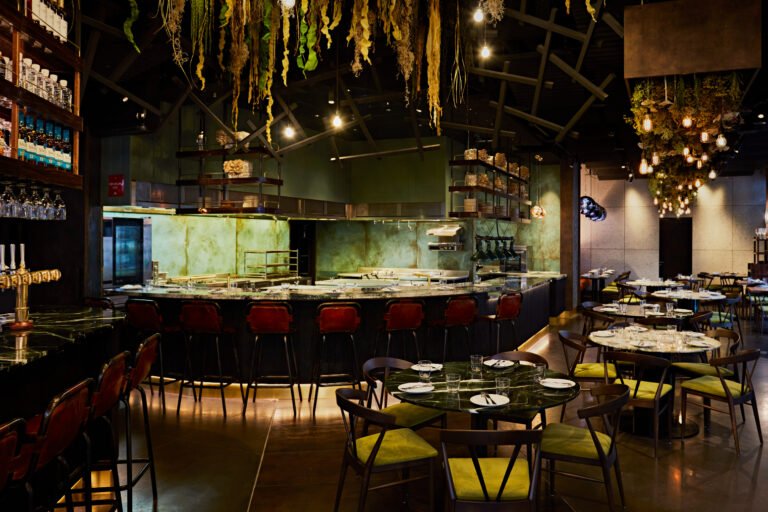 Fallow is a rare breed (not of deer, you got plenty of those in London parks), but of restaurant, where Dinner by Heston alums Jack Croft & Will Murray live and die by their sustainable ethos. They grow their own shiitake and oyster mushrooms in a dish hanging above the kitchen (which are then used in a creamy, cloud-like mushroom parfait) and leave no part of the animals/fish to waste – even the weird bits, like the the head, in their most talked-about dish: smoked cods’ head with sriracha sauce and leek oil. The same applies to desserts, like the sourdough soft serve and the chelsea tart made from caramelised whey, which save leftovers from the dreaded rubbish bin, and which you should also save room for… 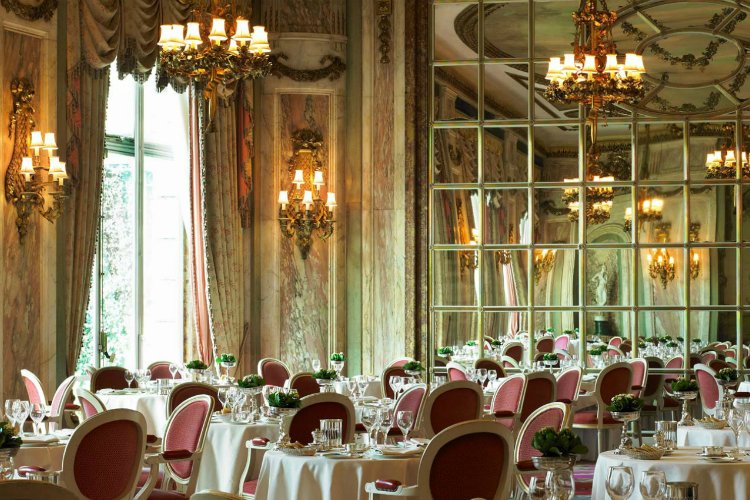 Yes, there will be lavish decoration in the form of marble pillars, gold-leaf statues and elaborate murals. Yes, the food is all Michelin-starred. And yes, there is live music every night of the week, plus professional Latin/ballroom dancers on Fridays. But no, they do not serve Ritz crackers.

You win some, you lose some.

Take a look at our full guide to St James’s