And as with every other holiday, the supermarkets have already had their shelves stacked with eggs, milk, and flour for months.

But if you fancy having someone else make your stacks for you, then we humbly suggest you go to one of the best places in town. And these are those places:
–

Where the Pancakes Are | London Bridge & Fitzrovia 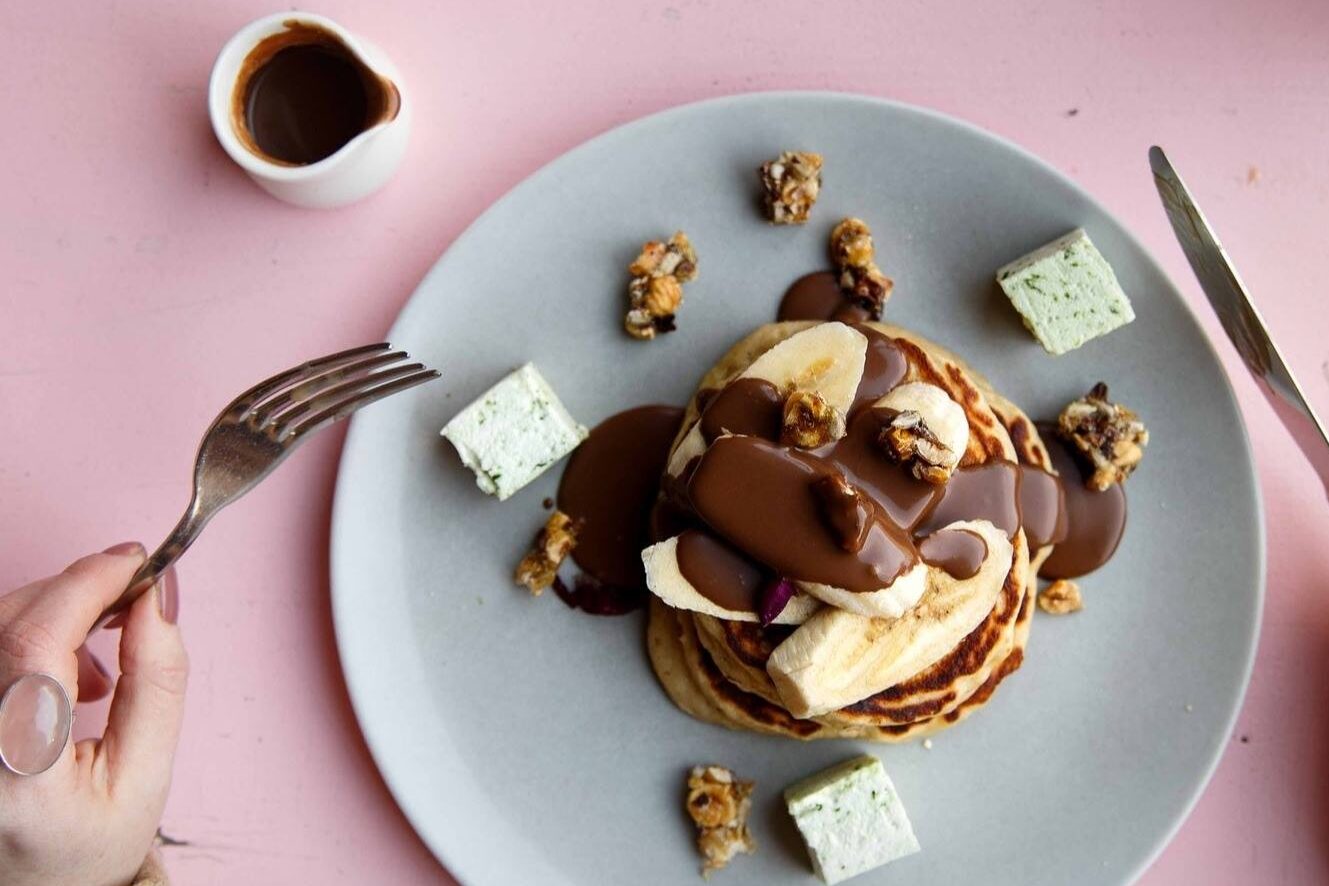 This seems like a reasonable place to start. The menu here is exclusively pancakes: American ones, French ones, Dutch ones, vegan ones; you name it, they make it. And on Pancake Day itself they’ll be opening both their restaurants till 10pm and spilling out onto Vinegar Yard for a one-day pop-up, where they’ll be awarding a year’s supply of pancakes to anyone who can flip the most pancakes in a minute. Bring the biggest tosser you know. 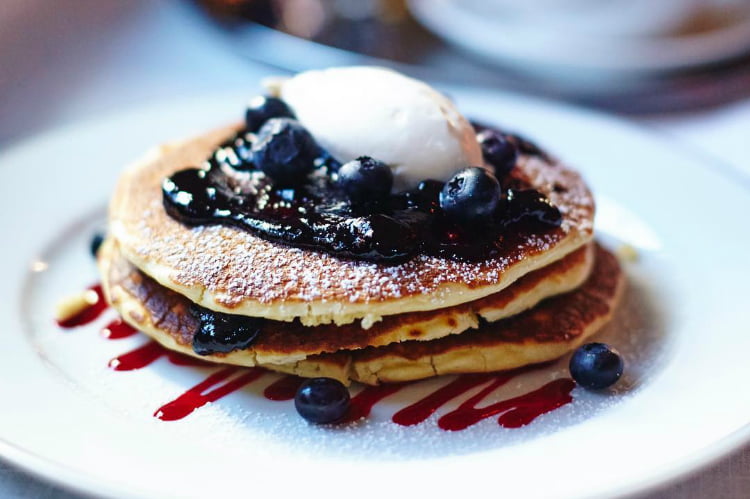 The Delaunay won’t be doing anything special this Pancake Day. Other than cooking some of the best pancakes in the city, as they do every other day of the year, of course. They come in stacks of three, and are like little fluffy blueberry-topped clouds. 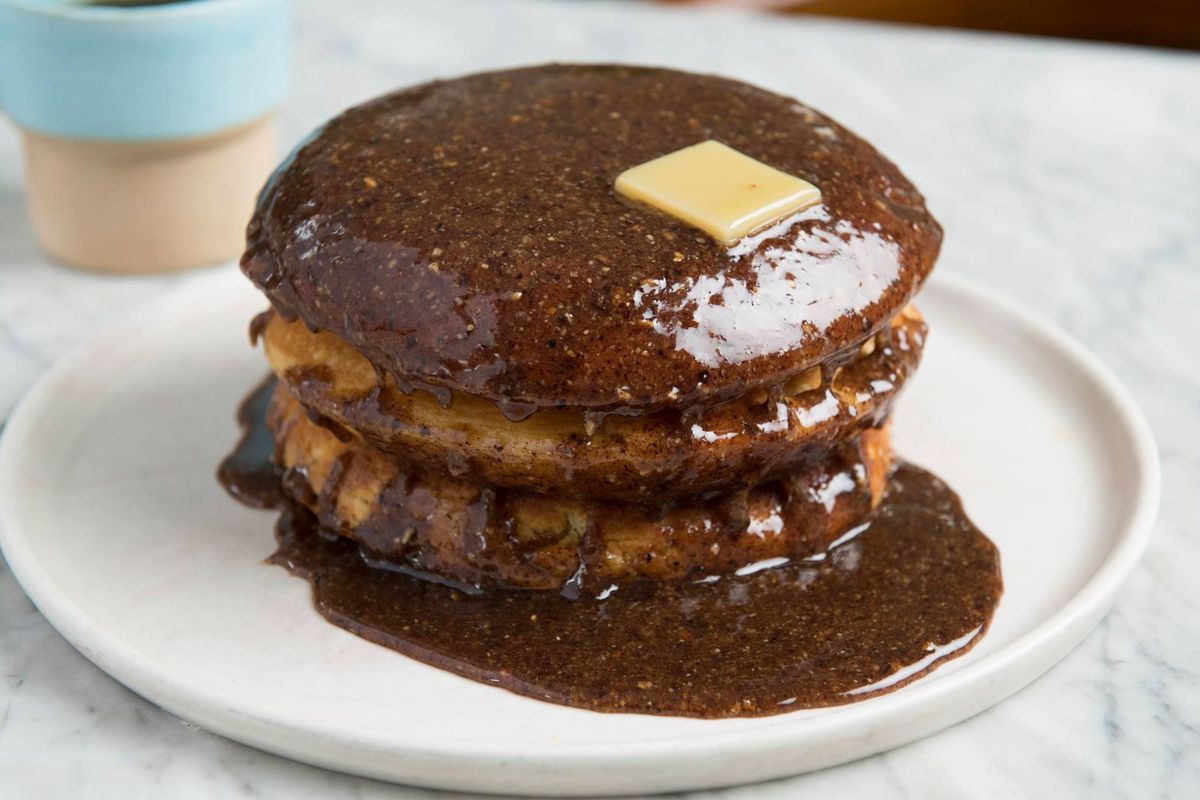 This post is brought to you by Captain Obvious: NYC import Sunday in Brooklyn’s legendary, trademarked, triple-stacked brown butter & hazelnut maple praline pancakes are really, really good. Unfortunately, the restaurant isn’t open on Pancake Day itself, so think of this as more of a ‘weekend practice run’ kind of place to prepare your belly for Tuesday. 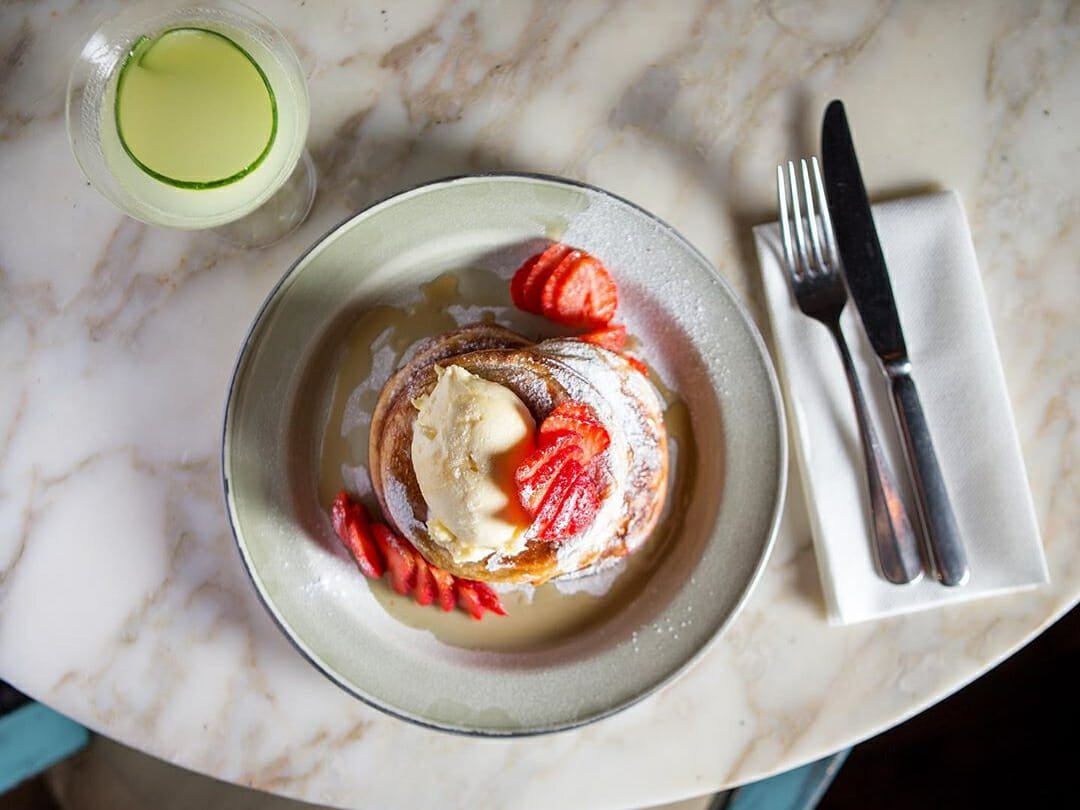 You’ll be hard pressed to find a better pancake in the capital. It’s served with fresh fruit, maple syrup, triple-smoked bacon, and the real deal-sealer: vanilla clotted cream. Oh, and this pancake day, they come bottomless. 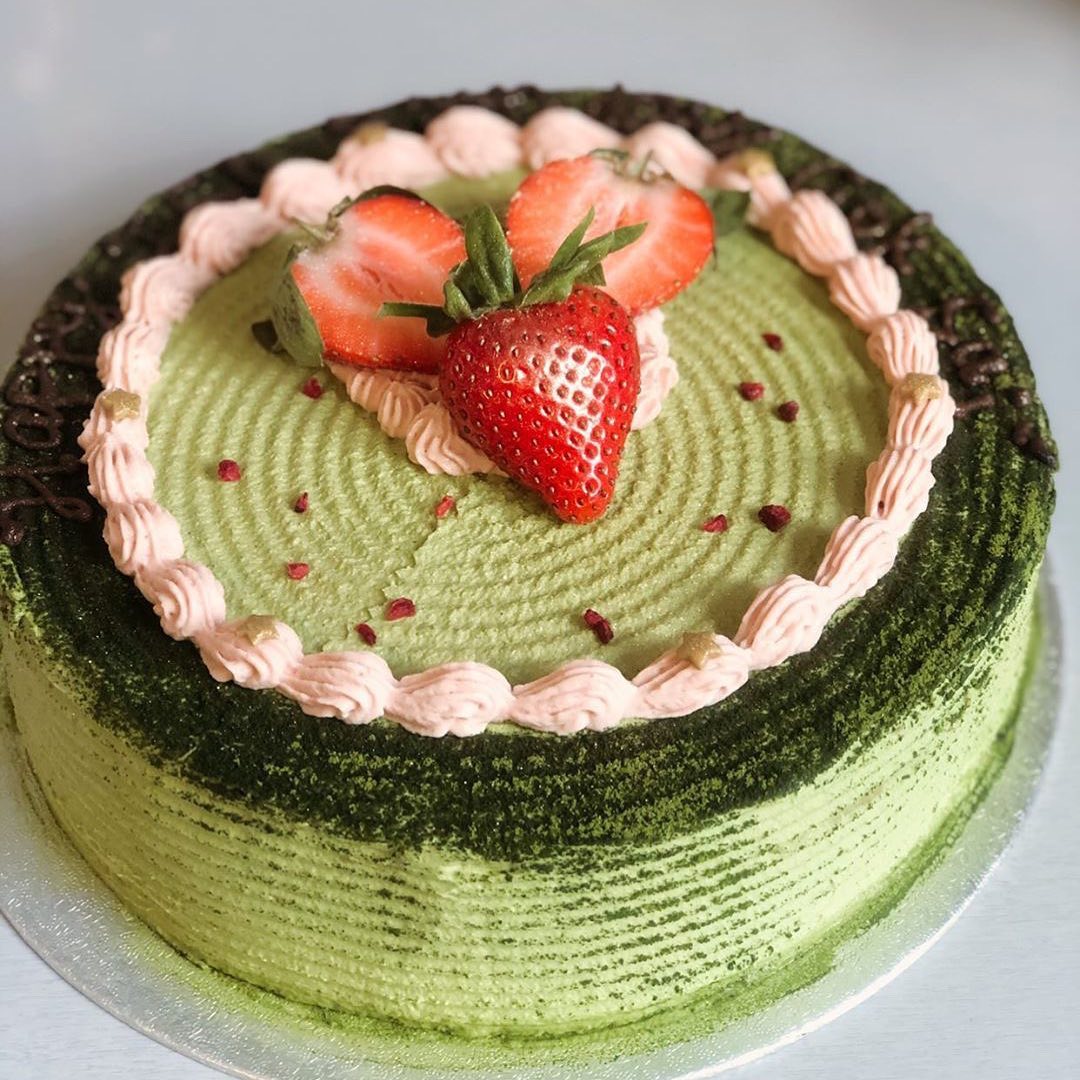 Sakurado specialises in one of the most important Japanese inventions out there: the mille crepe cake. Layers of paper-thin crepes are sandwiched together with cream flavoured with anything from matcha to passion fruit, to create delicate, exquisitely neat little stacks of heaven. And if you can’t get to Kensington easily, there are plenty of other great Japanese patisseries in London where you can find them… 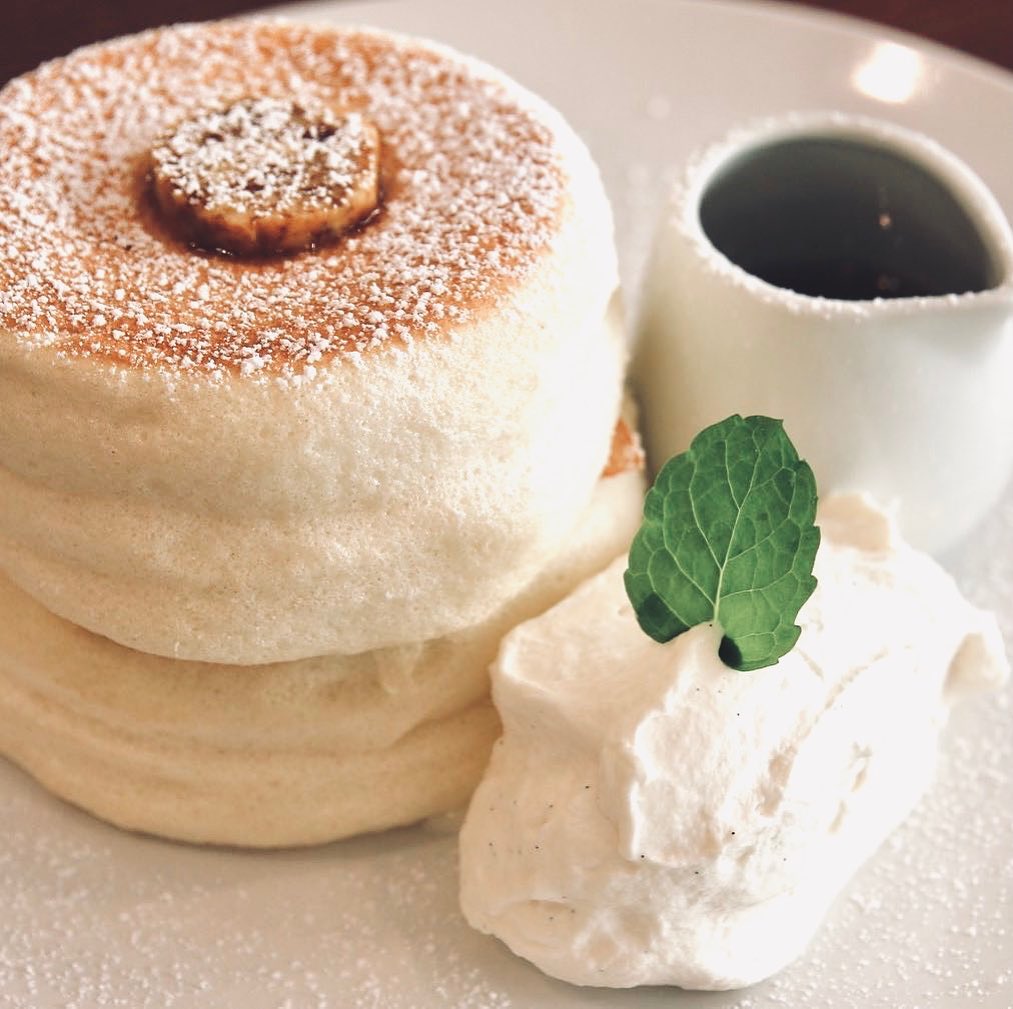 Aaand behold another of Japan’s great inventions – the soufflé pancake. The total opposite of the mille crepe, the soufflé pancake takes up about the same dimensions – but is just one giant, fluffy-as-a-cloud pillow of dough. Fuwa Fuwa have nailed the technique, and serve theirs up with toppings like biscoff sauce and strawberries; matcha and white chocolate; and chocolate honeycomb crunch. 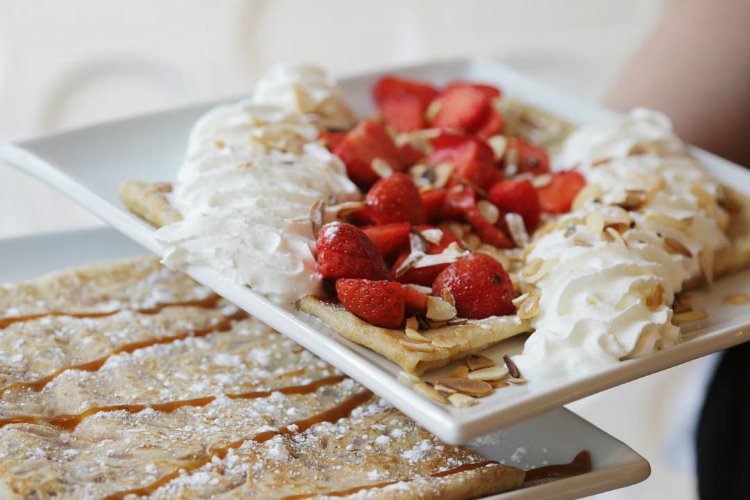 LPB almost certainly serve the best Breton-style crepes in the city. And you can see why – their savoury galettes are all made with buckwheat flour, and come armed with cheese, ham, egg, smoked salmon, raclette, bacon, stilton, and other ridiculously nice ingredients. They even do a Full English Breakfast galette, which you can follow up with a sweet crêpe doused in flaming Grand Marnier. 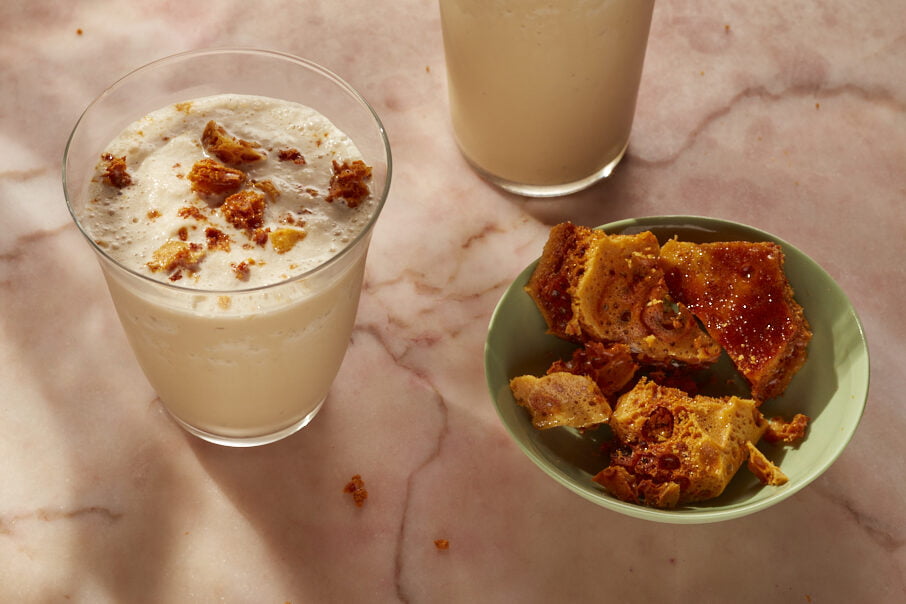 For the past quarter of a century, Bill Granger’s hotcakes have been selling… well, as anticipated, really. And he’s shaking things up for Pancake Day this year by literally shaking them up – enjoy them in milkshake form (with banana, honeycomb and maple), or the old-fashioned, solid way at all of the Grangers & Co restaurants. 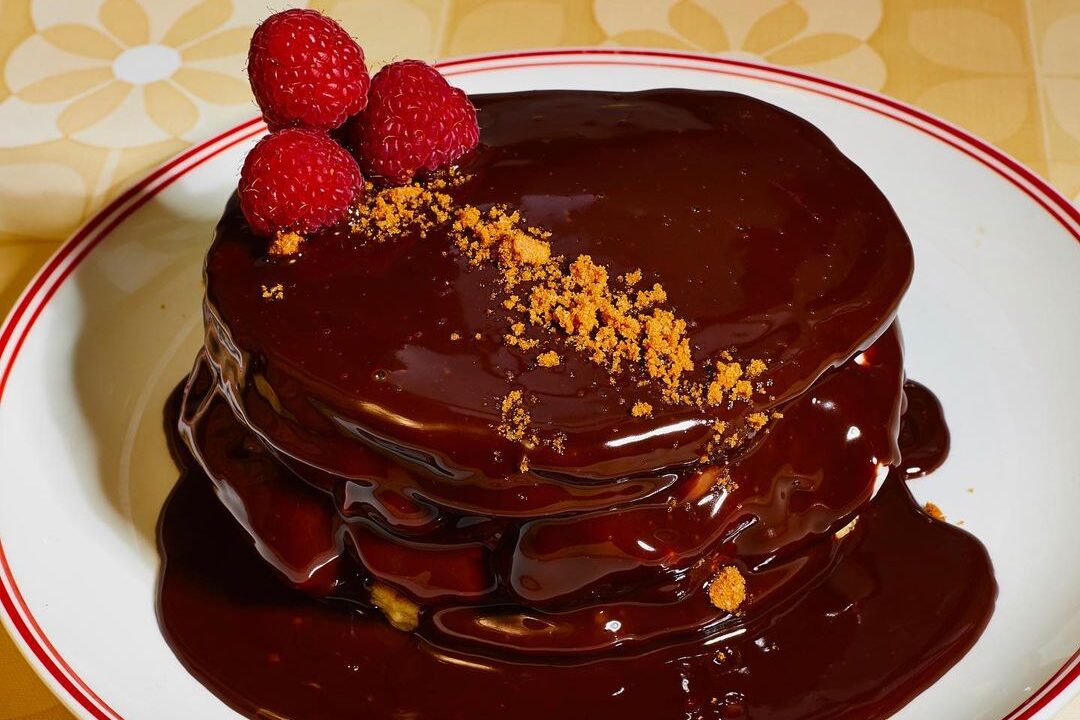 The Breakfast Club usually do something slightly bananas for Pancake Day, but this year they’ve pushed the boat out so far, it’s dodging icebergs. They’re putting on a load of special, limited edition numbers (including this ‘Wagon Wheel’ pancake sandwich, filled with a marshmallow & biscoff crumb centre). Then, of course, there’s the triumphant return of their annual pancake challenge – eat a stack of 12 in as many minutes, and they’re free. 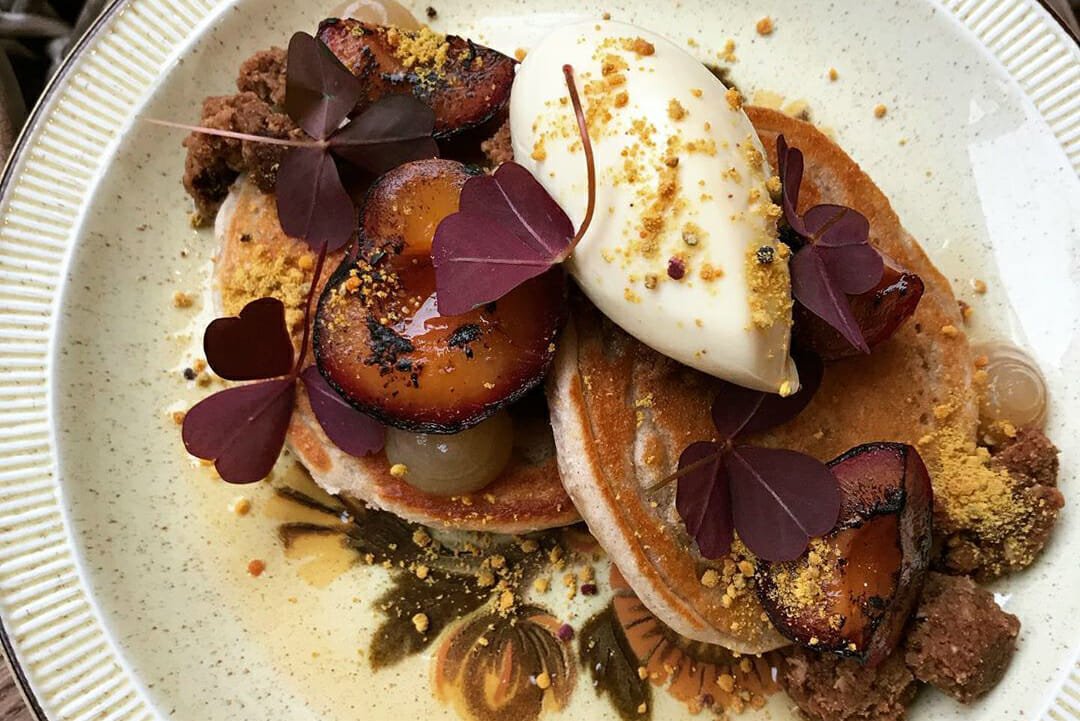 Trust us, the queue outside only serves to sharpen your appetite for what are truly exceptional pancakes. Expect the likes of buckwheat pancakes with chinotto caramel and coffee parfait; or Catania pink navel with orange blossom cream, almond cake, calamansi and poppyseed brittle. 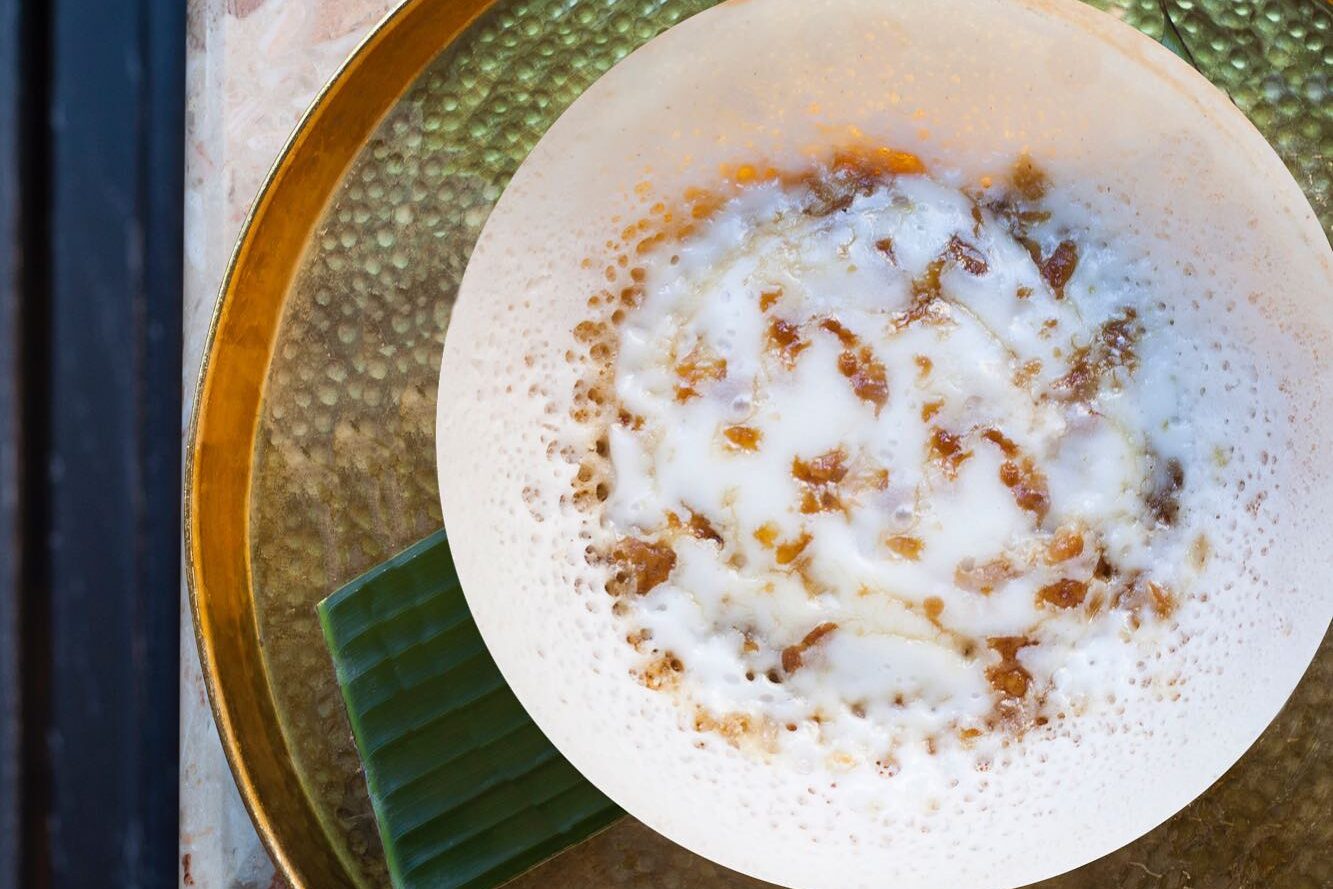 Hoppers is a trio of excellent Sri Lankan restaurants, and for one day only they’re serving a Sweet Jaggery Hopper. What is a Sweet Jaggery Hopper, you ask? Well, it’s a sweet variation on an egg hopper. And what is an egg hopper? It’s a traditional Sri Lankan rice & coconut crepe with a soft boiled egg in the middle. Only here, the egg is replaced with cream blended with unrefined cane sugar (‘jaggery’), and spices. It’s one of the more unusual numbers here, and you’re unlikely to stumble across it anywhere else in this hemisphere… 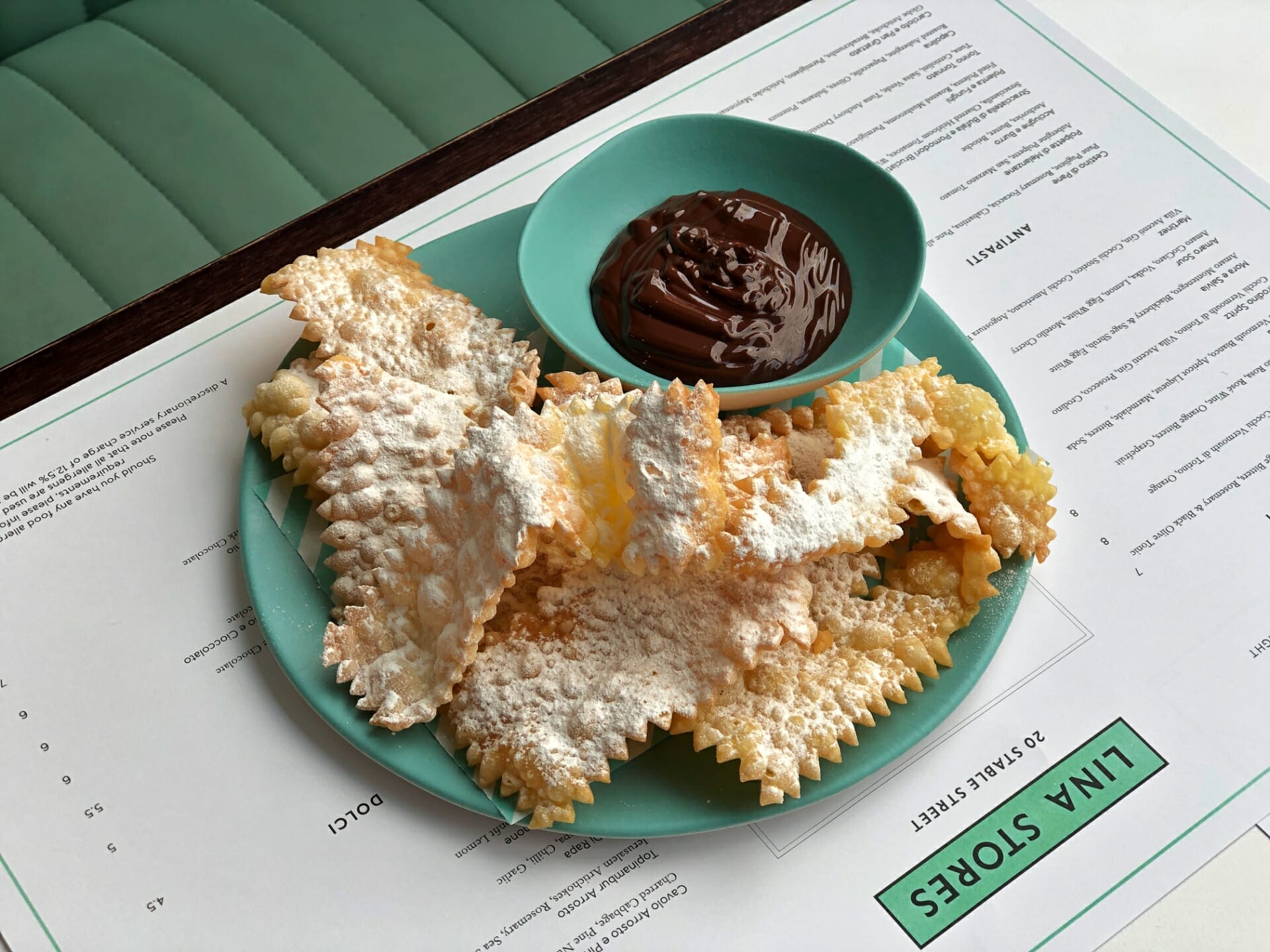 Italians don’t do Shrove Tuesday. They do Carnevale. And alongside the usual feasting on meat, fats, and all the other delicious stuff that was traditionally given up for Lent, they have their own special dish in the mix – chiacchiere. They’re thinly fried strips of dough topped with sweet icing sugar and served with a rich dark chocolate dipping sauce, and you can get hold of them at Lina Stores, who’ll be serving them right up until Pancake Day.