The Best of Everything in London, 2018

Indecision can be great.

On the other hand, it can also be terrible.

But when you’re trying to digest everything that happened to the city’s drinking & dining scene over the past year, and decide exactly what was the tastiest meal, which space had the best atmosphere, and whose waiting staff made you wonder if they might actually be psychic, you need to make some hard calls.

It’s been a painfully ruthless process to whittle it down to just these, but we’ve done it… 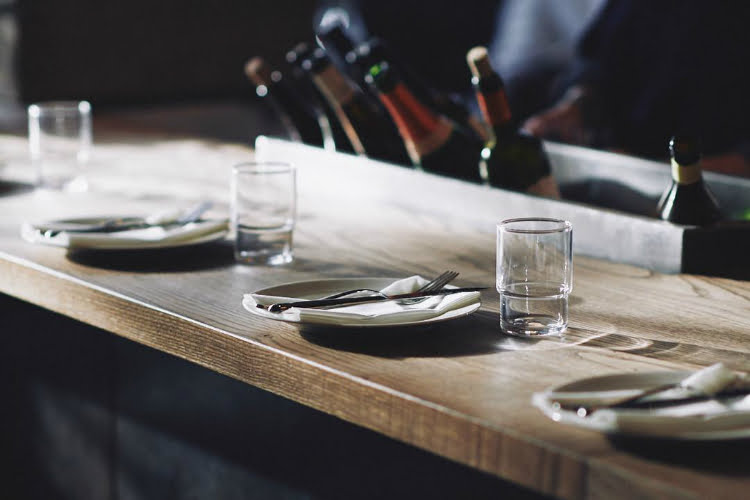 Brat is almost impossible to find unless you know it’s there. There’s just an open door, with a small awning above it that leads into an empty corridor. Head to the stairs at the back, and you’ll find yourself in one of the city’s most talked-about, solidly booked, and deeply impressive restaurants. It seems there’s no need for passing trade when your tables are already like gold dust. And it’s all the more impressive that this is a debut space, coming from Tomos Parry who formerly manned the pans at Kitty Fishers. It’s all open-fire cooking, it’s simple, it’s elegant, and it’s sublime. 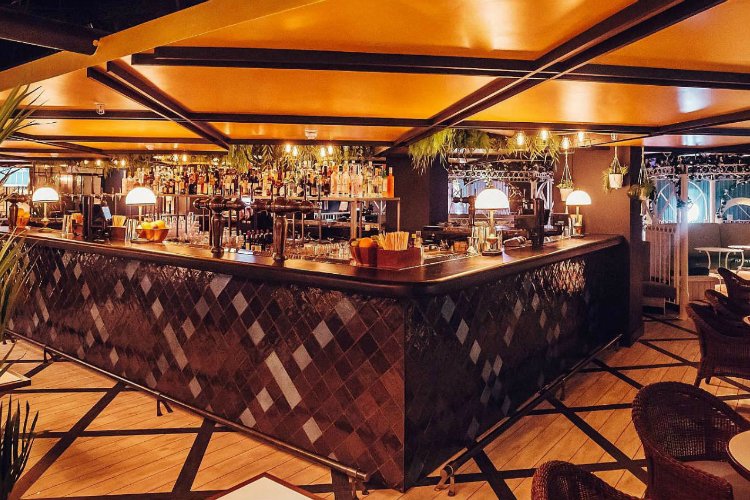 It’s almost unfair to call this a bar. Because for one, it’s got two bars. And for two, it’s got two crazy golf courses. But at its absolute essence, this is simply one of the best ways to grab a drink in the city, with caddies bringing you cocktails while you shoot golf balls through windmills and around loop-de-loops. 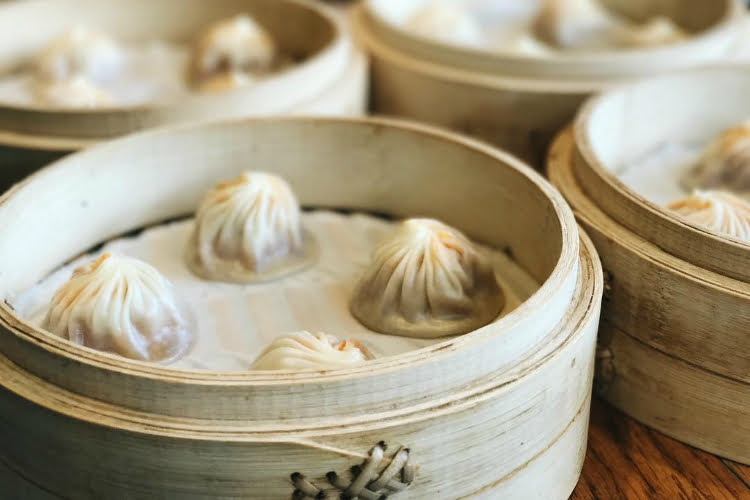 Din Tai Fung has more restaurants than Wagamama – but it also has more Michelin Stars. They’ve somehow managed the unicorn-like task of scaling up to 0ver 150 locations while maintaining an extremely high standard of quality. And it’s reasonably priced too. This venue is Covent Garden is their first in the UK, and now sets the dumpling bar for the rest of the country… 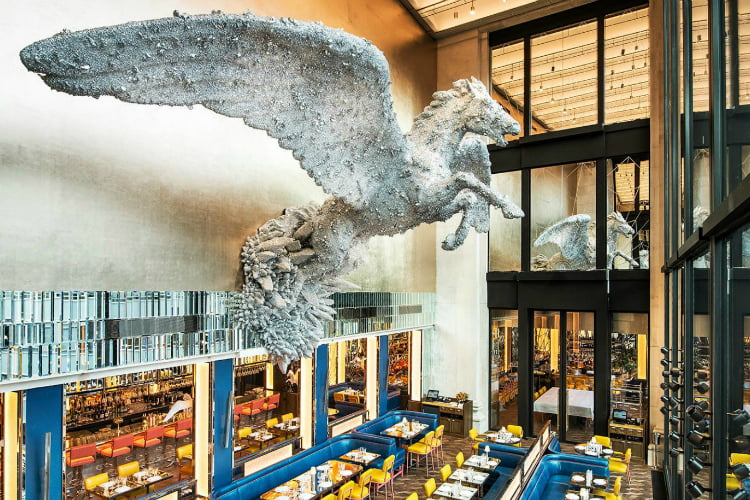 “We’re opening a restaurant in Selfridges, so we should try to make a statement of some kind.”

“Sure. But also like a 30 foot jewel encrusted flying horse designed by Damian Hirst erupting from the wall above the diners heads.” 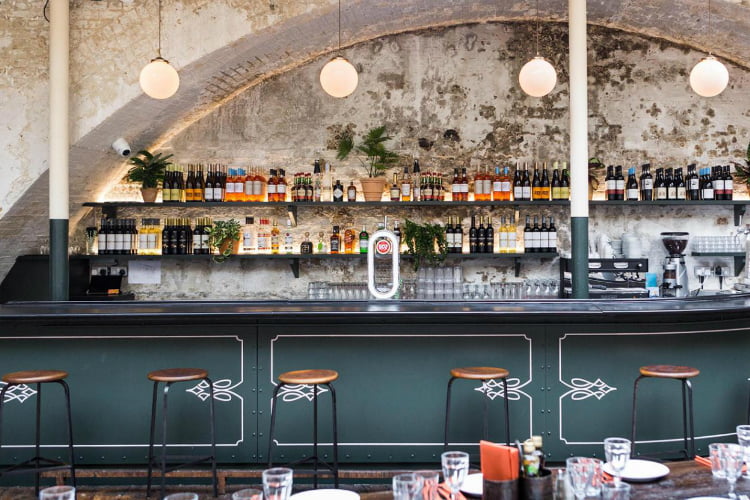 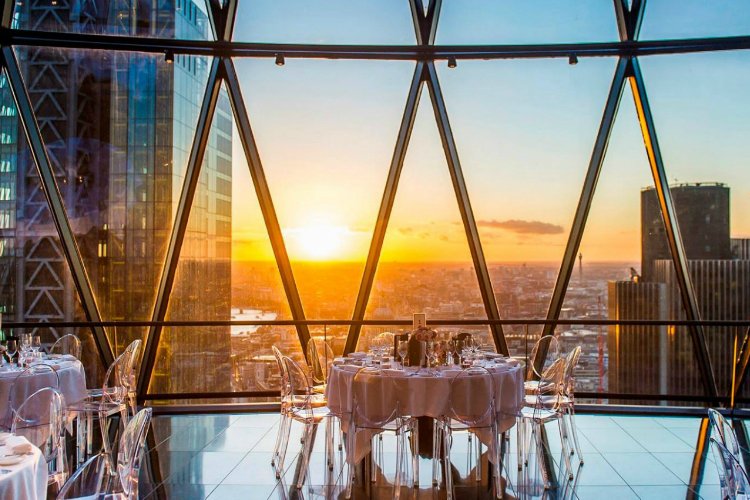 Getting a publicly accessible bar and a restaurant into the space on the two upper floors of The Gherkin – including the transparent 40th floor glass bubble that caps the whole thing, and looks out over 360 degrees-worth of skyline – is kind of a coup. And this year, Helix & Iris pulled it off. 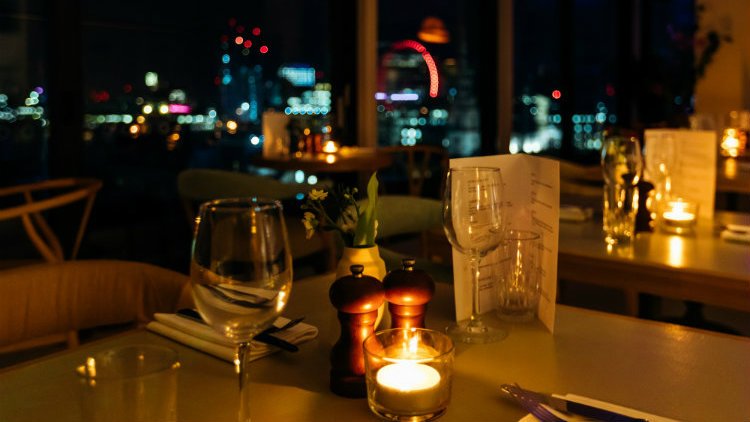 Sitting pretty high above the chaotic swathe of neon in the square below, Garden Room is a 10th floor island of refreshing greenery in the very centre of town. It comes to us from the people at Bourne and Hollingsworth, and as s typical of them, the food is great, the cocktails are inventive, and it’s got views other restaurants would murder for. 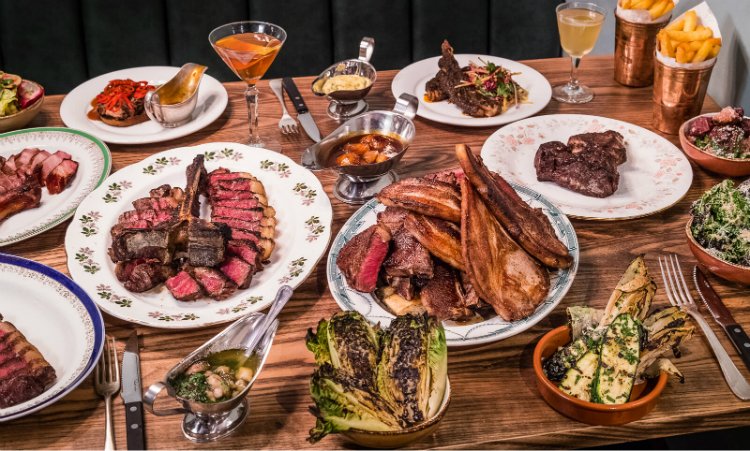 If someone asks you for a London restaurant recommendation, Blacklock is usually a simple slam dunk (unless they’re vegetarian or vegan. Do NOT send them here). The food is great and extremely reasonably priced (chops cost £4), just like the cocktails (which go for £5). And now there’s a whole new one. 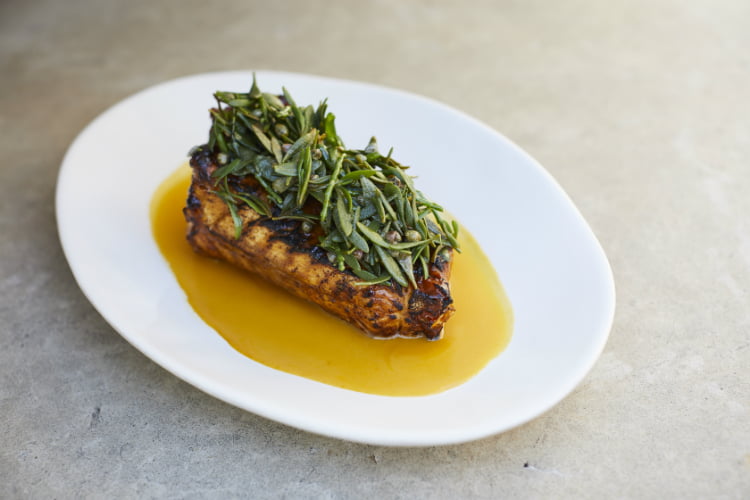 From a pair of ridiculously talented chefs (Andrew Clarke and Jackson Boxer), St Leonards is an ambitious star-shot of a restaurant that throws a lot of inventive food at the wall to see what sticks. You might like the smoked eel with foie gras custard and pork rind. You might not. You might hate the cold press rapeseed oil ice cream, but you might also absolutely love it. The only way to find out is to try. 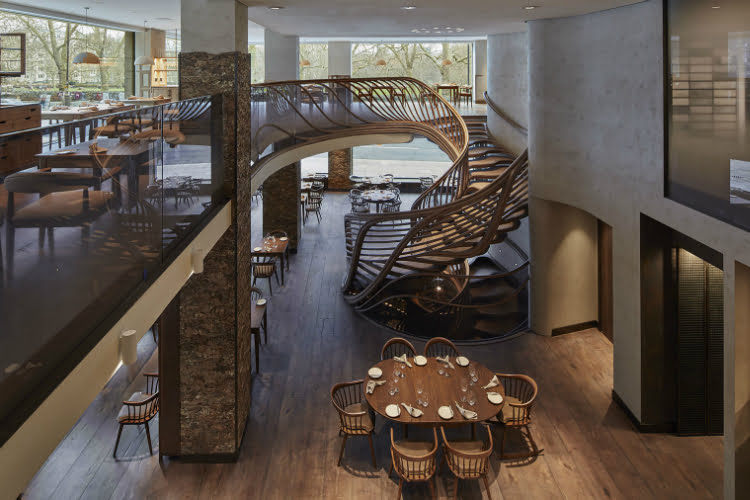 HIDE comes to us from Ollie Dabbous. It’s slapped right in the centre of town, overlooking Hyde Park. It’s got three storeys, all joined by a huge, bespoke, fairytale-like wooden spiral staircase. There are tasting menus filled with Exmoor caviar. The wine selection is literally the largest in London. There’s a private dining room in which each piece of crockery has been deliberately smashed, then repaired by filling the cracks with gold. And it got a Michelin Star within the first few months of opening. This is basically the definition of opulence.


Best Use of a Whisky Vending Machine | Brigadiers 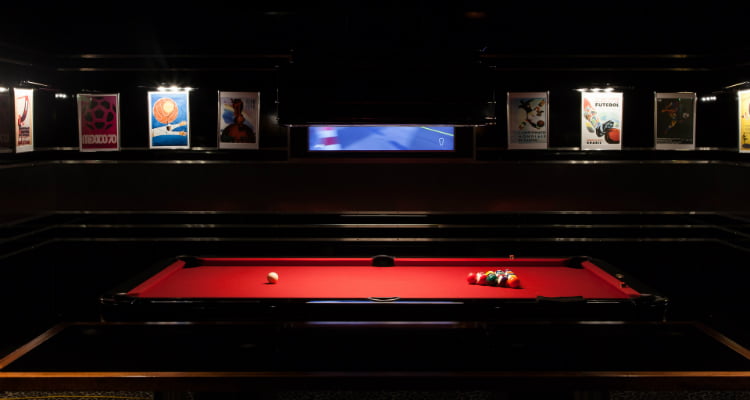 Yes, yes, yes, this place has an opulent Indian BBQ restaurant, and a cocktail bar, and beer bar, and it’s from the team behind the Michelin Star winners Trishna and Gymkhana. But most importantly there’s a pool room. It’s got a ruby red table and a whisky vending machine. And not just any whisky vending machine – it’s enomatic, meaning you can pour a perfect dram from their lineup of rare and delicious varietals.


Most Italian Restaurant Outside of Italy | Lina Stores 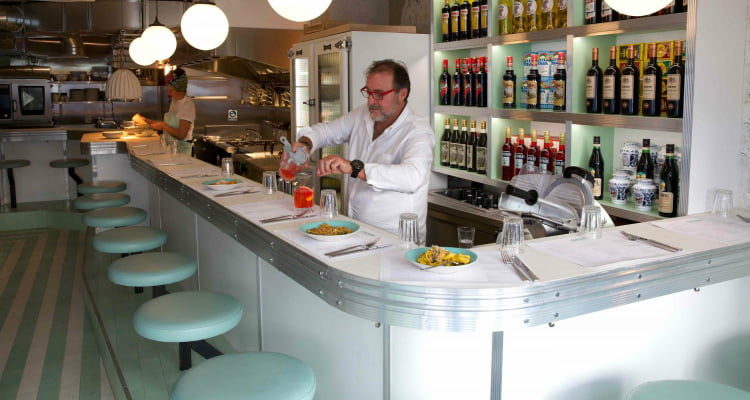 It only took the people at Soho deli Lina Stores a mere 75 years to start phase 2 of their plan and open a restaurant, but we can happily report that it’s been worth the wait. The place serves pasta & antipasti that’s about as Italian as you can find outside of the boot itself, and it’s understandably tasty as hell. 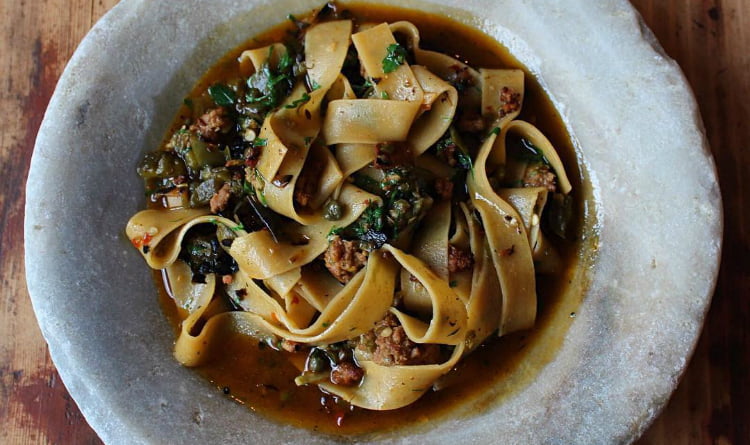 Earlier this year, the owners of Clapham’s critically beloved The Manor opened a new restaurant. It’s called Sorella, and it’s literally located in the space that was The Manor – a swap which happened when owner/chef Robin Gill (also of similarly vaunted The Dairy) was looking for the perfect spot for his new Amalfi-inspired Italian…before realising that he already owned it. Same owners. Same chef. Same space. Whole different restaurant.