It might sound like a warning, but believe us when we say this is some very good news. Because the Borough Market bakers have opened their very first eat-in bakery and café.

It’s housed in a set of erstwhile stables on Soho’s Beak Street, shunning its previous incarnation with decidedly decadent interiors. The front area sports duck egg blue walls, a pink marble fronted bakery counter and sleek dining bars, at which a rack of Bentwood-style bar stools is set up for freelancers and quick bites; while the skylit back room has more lounge-worthy seating. 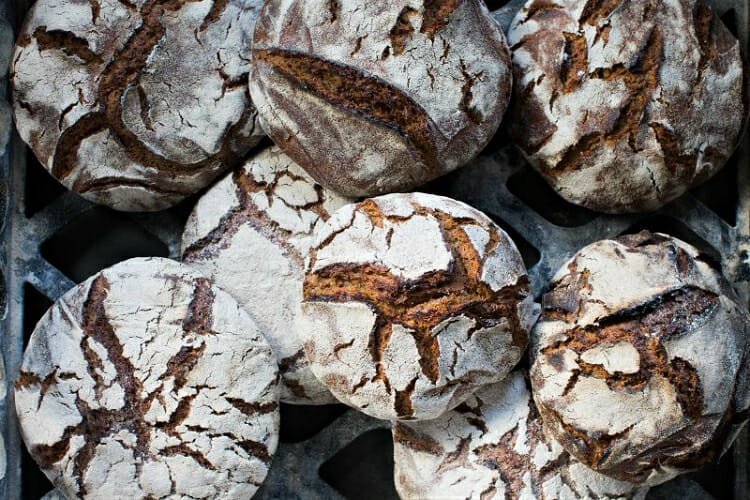 It’s here that you’ll be able to while away an afternoon nibbling on their famed baked goods, from sourdough to doughnuts, as well as sandwiches, salads, and hot breakfasts – including mushrooms and fried egg on toasted sourdough, and brioche French toast with bacon and maple syrup. And to cap it all off, they’re even serving up gluten-free waffles…

So it needn’t even be a warning to the gluten intolerant.

NOTE: Bread Ahead Soho is open daily, 7am-7pm (from 10am on Sundays). You can find out more on their website HERE.

ALSO NOTE: Bread Ahead have now opened a second bakery in Wembley.

Like being in the know about the latest openings? See what’s coming to London