Timothy was sitting in a particularly opulent restaurant when his waiter enquired, “Are you ready to order, sir?”

“I’m torn between the lobster and paying my fucking mortgage…”

When Burger & Lobster launched in Mayfair at the end of 2011, it delivered a crippling blow to this hilarious joke by offering its patrons the option of ordering either a burger, or a whole lobster, for £22.

In addition to nobly democratising Londoners’ access to lobster, Burger & Lobster’s overwhelming popularity instantly came to validate Barry “The Paradox of Choice” Schwartz’s 2004 assertion that the less choice one has, the happier one is.

Needless to say, the original was an instant hit. 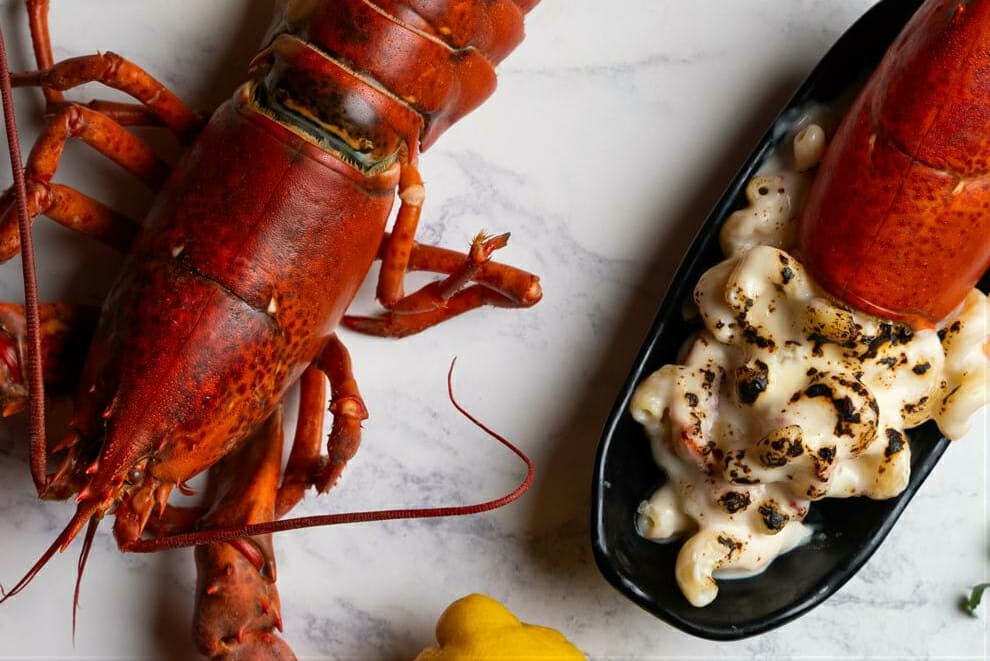 Since then, they’ve brought their two specialisms around the world… including Soho, where, as their second venue, they unveiled a world of exposed brickwork; raw concrete; red leather banquettes; a large open kitchen…. and a highly prominent lobster tank in the middle of the restaurant.

Plus – drum roll, please – this one takes reservations.

Thank you very much.

NOTE: Burger & Lobster Soho is open daily from noon, for lunch and dinner. You can find out more and book on their website right HERE.

Enjoy quirky dining experiences? Check out our guide to the most unusual restaurants in London.