You’ll find it cosied up next to the already critically-lavished Levan – which could be intimidating, were it not run by the exact same team. It all clicks into place when you hear that Levan was named after Larry Levan (one of the most influential Disco DJs of all time). “It’s a naughty little brother”, say the owners.

The difference is that whilst Levan took inspiration from LL’s innovation and freedom of expression (exemplified by its approach to wine), Larry’s is more focused on creating a place that the man himself might actually have wanted to spend time. In practice, this means a laid-back 1970s-styled deli and late night-restaurant – the kind of place that you might drop in for your morning coffee and croissant, but that also stays open long enough for a boozy dinner with friends. 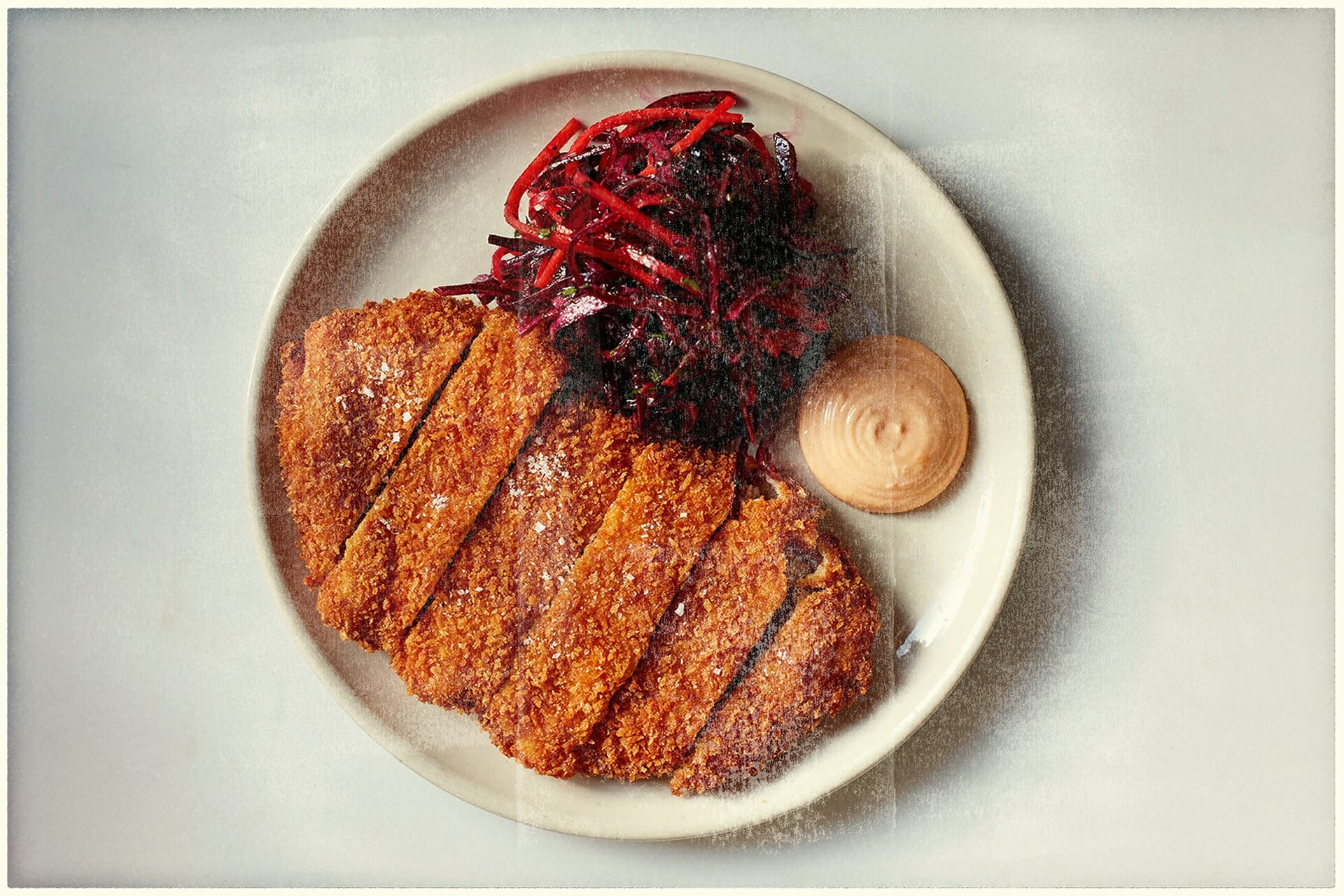 The food is influenced by the corner bars, diners and delis of New York. As well as freshly-baked pastries you can kick things off with the likes of crispy potato latkes, topped with smoked salmon, sour cream, and dill pickle; or soft boiled eggs with focaccia, Italian sausage, and Emmental cheese. For lunch they’re serving thick-cut meatball melts, stuffed full of pickles and aged Gouda; or veal schnitzel with red cabbage remoulade and fermented chilli mayonnaise.

Come the evening, everything’s divvied up into small plates, except this time they’ve been designed to showcase the true breadth of the NY restaurant scene. This means you’re just as likely to find pig head’s ragu as you are XO cabbage with clams, washed down with cocktails, beer, and low-intervention wines.

NOTE: Larry’s is open Tuesday-Saturday nights only as things slowly get back to normal – you can find out more, and book a table, HERE.

Like checking out new places? See our guide to recently opened restaurants in London