So it may not have the most gastronomically inviting name.

Nevertheless, it continues to rank as one of London’s most exciting dining pockets, with an impressive slew of restaurants, cafés and eateries lining its streets, covering cuisines from Thai and Italian to Caribbean and South African. We’ve judiciously overeaten at each one, just to condense the very best of them into a handy guide for you, right here.

Behold, the best restaurants in Peckham…
– 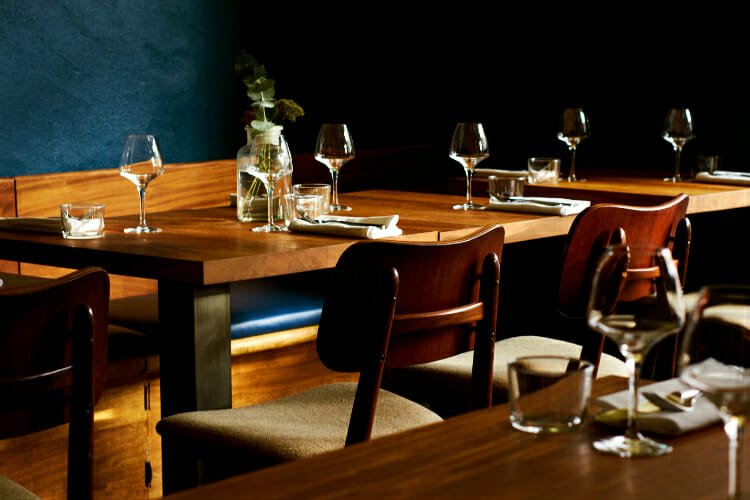 If you like the cut of Salon’s jib, then you’ll be a fan of Levan. The second restaurant from Nicholas Balfe, it’s a little slice of Paris in Peckham, serving up beautifully executed French fare in a low-key, stylishly appointed warehouse space… 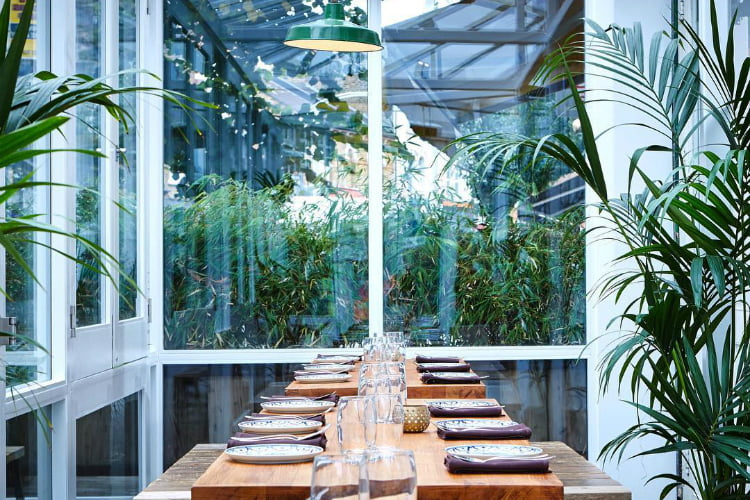 The Begging Bowl has been going from strength to strength since 2012 – during which time it’s incubated chefs like Seb Holmes, who’s since launched his very own Farang. The closest thing to Thailand in Peckham, you can expect unlimited bowls of steaming jasmine rice, salads laced with crunchy peanut, and bowls of fragrant comfort food like charcoal-grilled guinea fowl marinated in coconut, all served up in leafy, low-key surroundings. 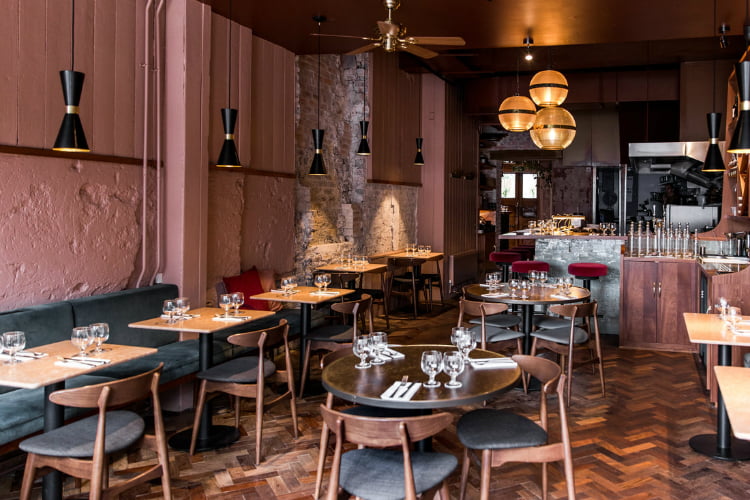 Probably not, because this South African spot has hit all the right notes with critics and locals alike. A labour of love from former Paradise Garage chef Patrick Williams and his partner Amy Corbin (whose father is one half of the Corbin & King behind The Wolseley and The Delaunay), it’s a beautiful spot with a gorgeous back garden for the summer, and plenty of hearty dishes like pig’s head tortellini with mushroom and hay broth for winter.

Also fantastic: Their latest addition to the family, Kudu Grill, is nearby and focusses on braai dishes. 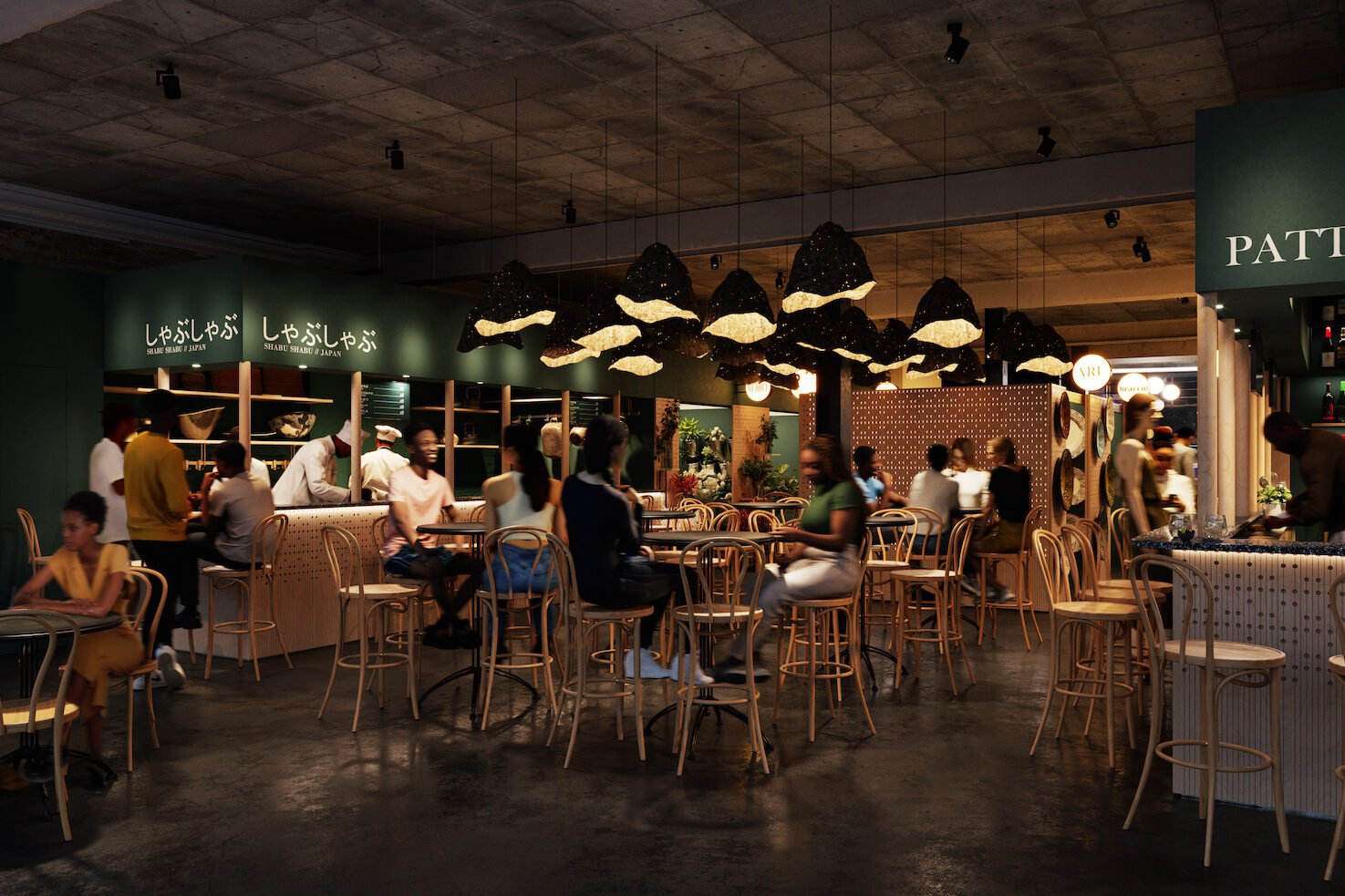 Michelin-trained rising star chef Abbey Lee has arrived in Peckham, bringing a small but flavour-filled menu of Modern Malaysian dishes with her. Finished off by an absolute show-stopper of a dessert. 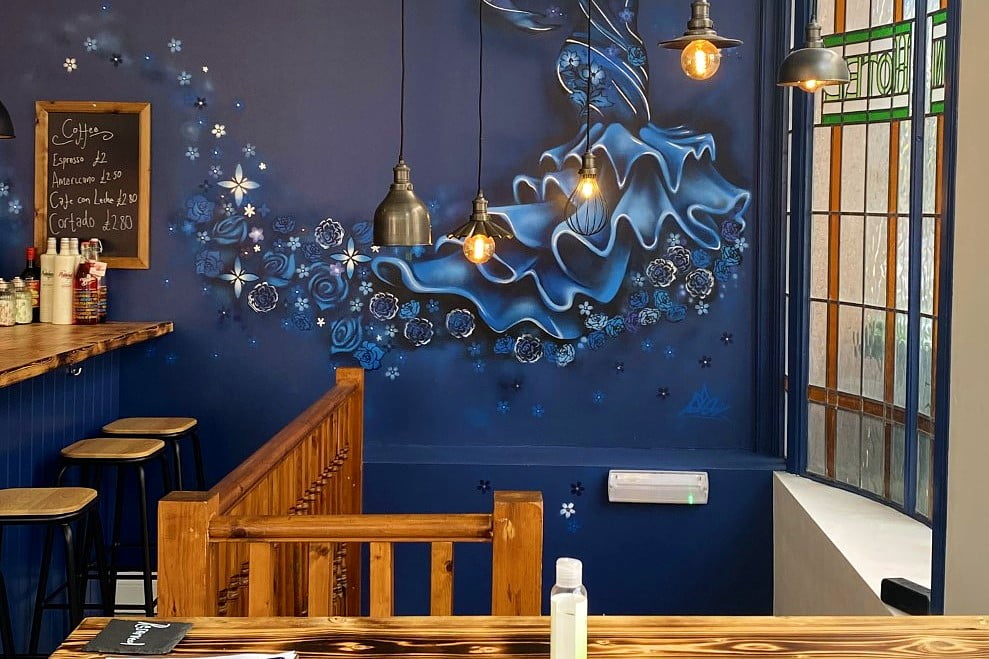 Joining the ever increasing hub of restaurants near Queen’s Road Peckham, is The Tapas Room, a wine shop, tapas bar & delicatessen from the folks behind Donostia Social Club. It’s actually one of what has quickly become five incarnations. However, don’t let that put you off. The Tapas Room Peckham is as a good as any stand-alone neighbourhood restaurant, serving artfully plated Spanish small plates –  king prawns with chilli, garlic, and paprika salt; duck breast with spring vegetables and sherry membrillo; and Iberico presa with golden beetroot, spring onion, and gazpacho aioli alongside an excellent list of Spanish & Basque wines. They also do brunch on weekends – octopus crumpet with citrus salsa (say what?) – with a bottomless option (free flow-ing cava, wine, and beer) for just £40. 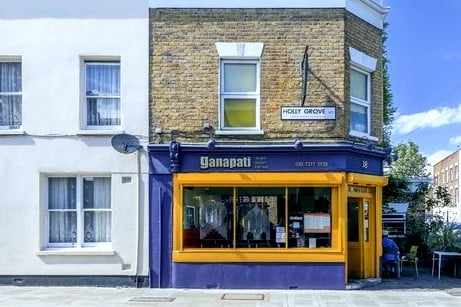 Purveyors of incredible, home-style southern Indian food (with dishes like smoky swordfish curry and spicy aubergine masala), Ganapati are named after the god Ganesh, who has “a particular fondness for sweets”… Which explains the other dishes like spongy dumplings in rose syrup, and spicy dark chocolate and cardamom cake. 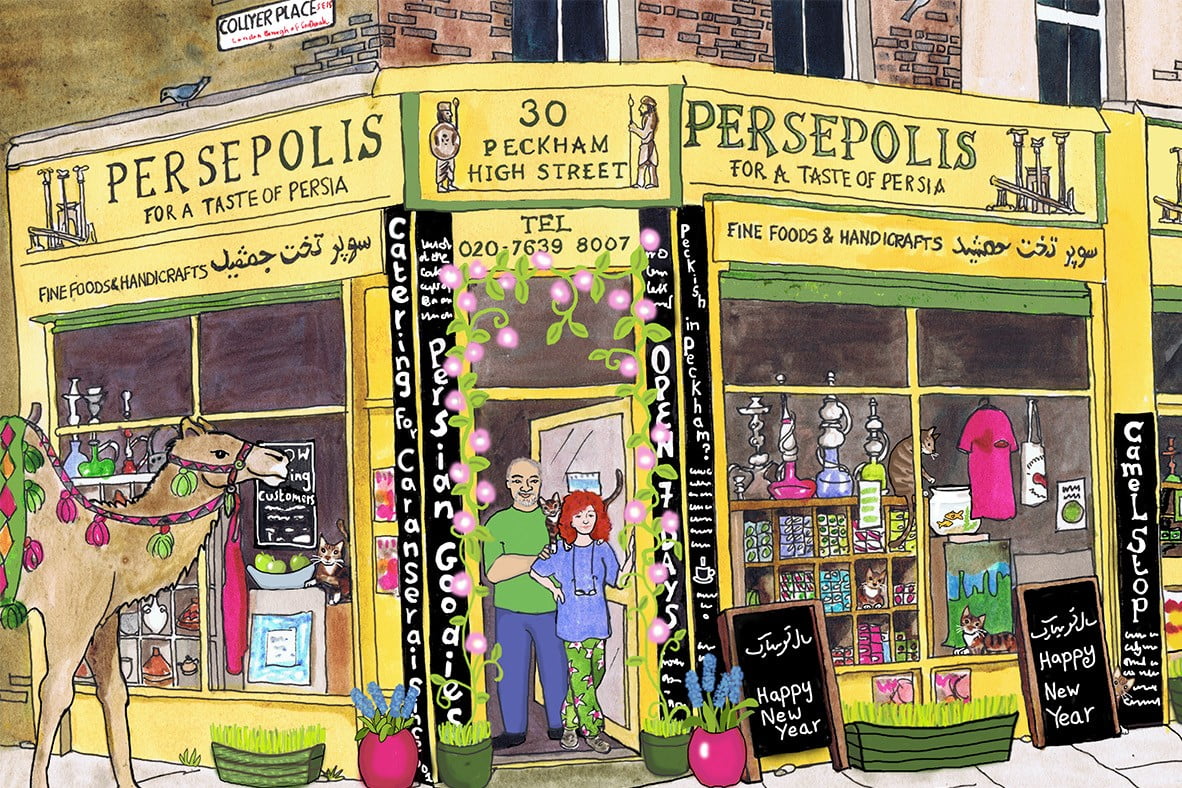 Snackistan, the name for the tiny café stowed away in a corner of the treasure trove of Persian crockery, craftware and ingredients that is Persepolis, sports a princely 9.5 tables. So if you do manage to get one, stock up with heaps of glorious Middle Eastern meze and Persian sweets, courtesy of Mr. & Mrs. Shopkeeper (the latter of whom, Sally Butcher, has now written five cookbooks on the stuff). 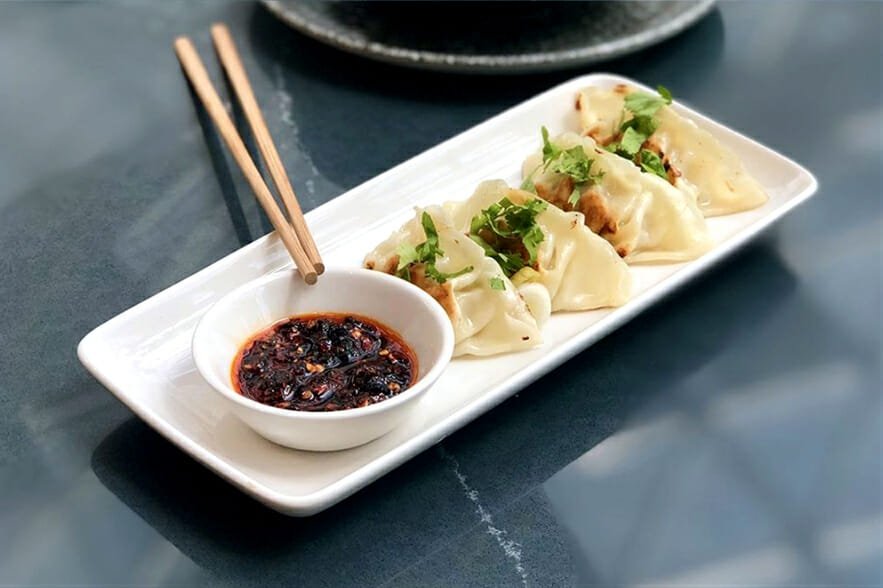 Because you’ve just found the best Taiwanese bun spot south of the river… and it comes neatly packaged in a dinky space with whitewashed brick walls, dimmed industrial lighting, and a retro tiled bar serving up cocktails laced with yuzu and plum wine. And if you’re after some more bao, well, there’s bao s’mores for pudding – as well as bao benedict and Taiwanese spring onion pancakes as part of their bottomless brunch. 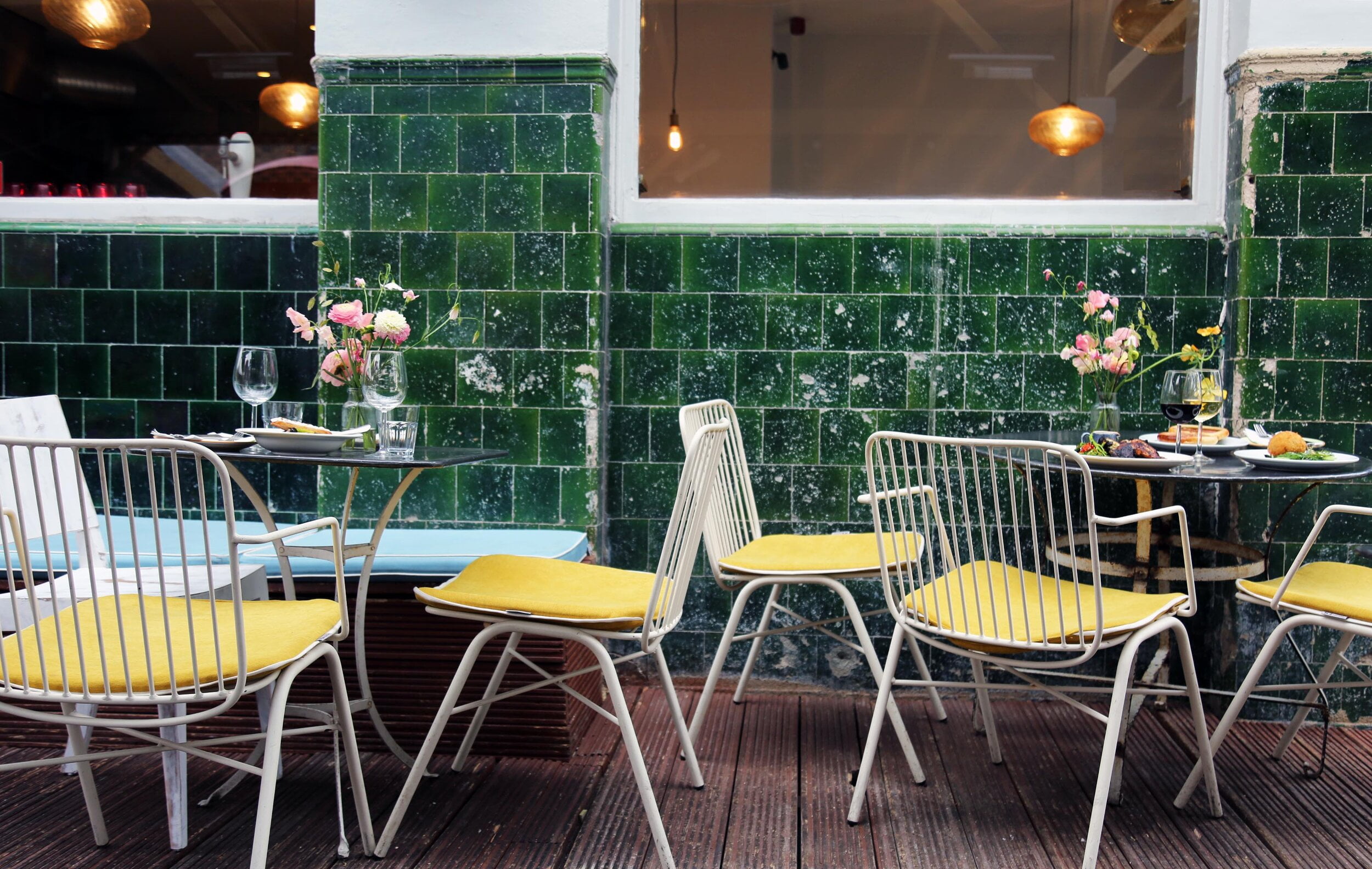 There’s nothing bizarre about this Bazaar. Tucked right off the beaten track on the corner of Consort and Sturdy Road, it’s quietly one of the best restaurants in Peckham, cooking up market fresh ingredients on their hefty, custom-made outdoor grill. It’s pan-Balkan in theme, so expect dishes like marinated cuttlefish with braised tentacles and squid ink orzo; and Highland grouse, swiss chard and lemon borek to make an appearance on their regularly rotating menu. 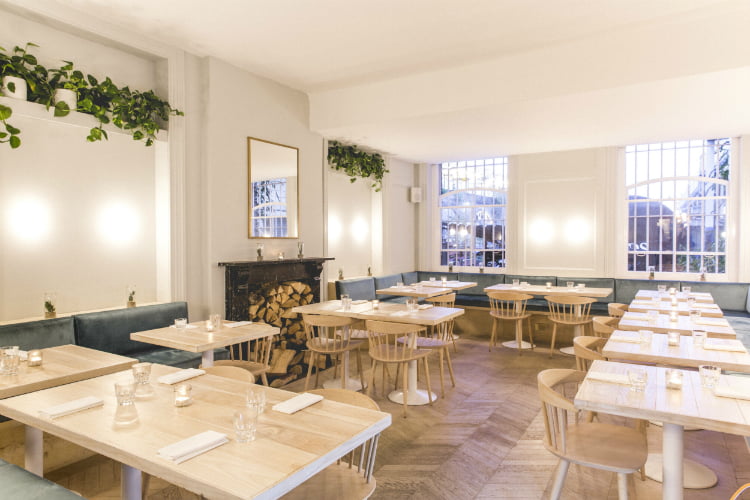 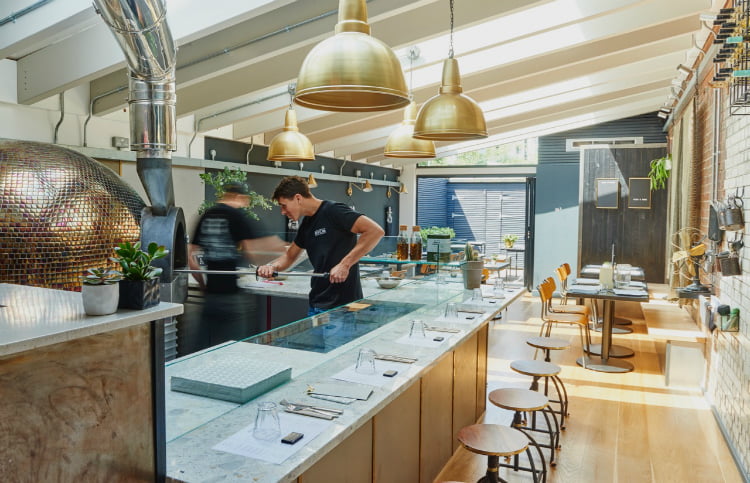 Made of Dough make the 2nd best pizza in London. Which might sting a little, had they not also been awarded 1st place. And here at their first permanent spot, they’re serving up those award-winning freshly wood-fired pizzas alongside prosecco-boosted negronis, espresso martinis and gelato milkshakes… 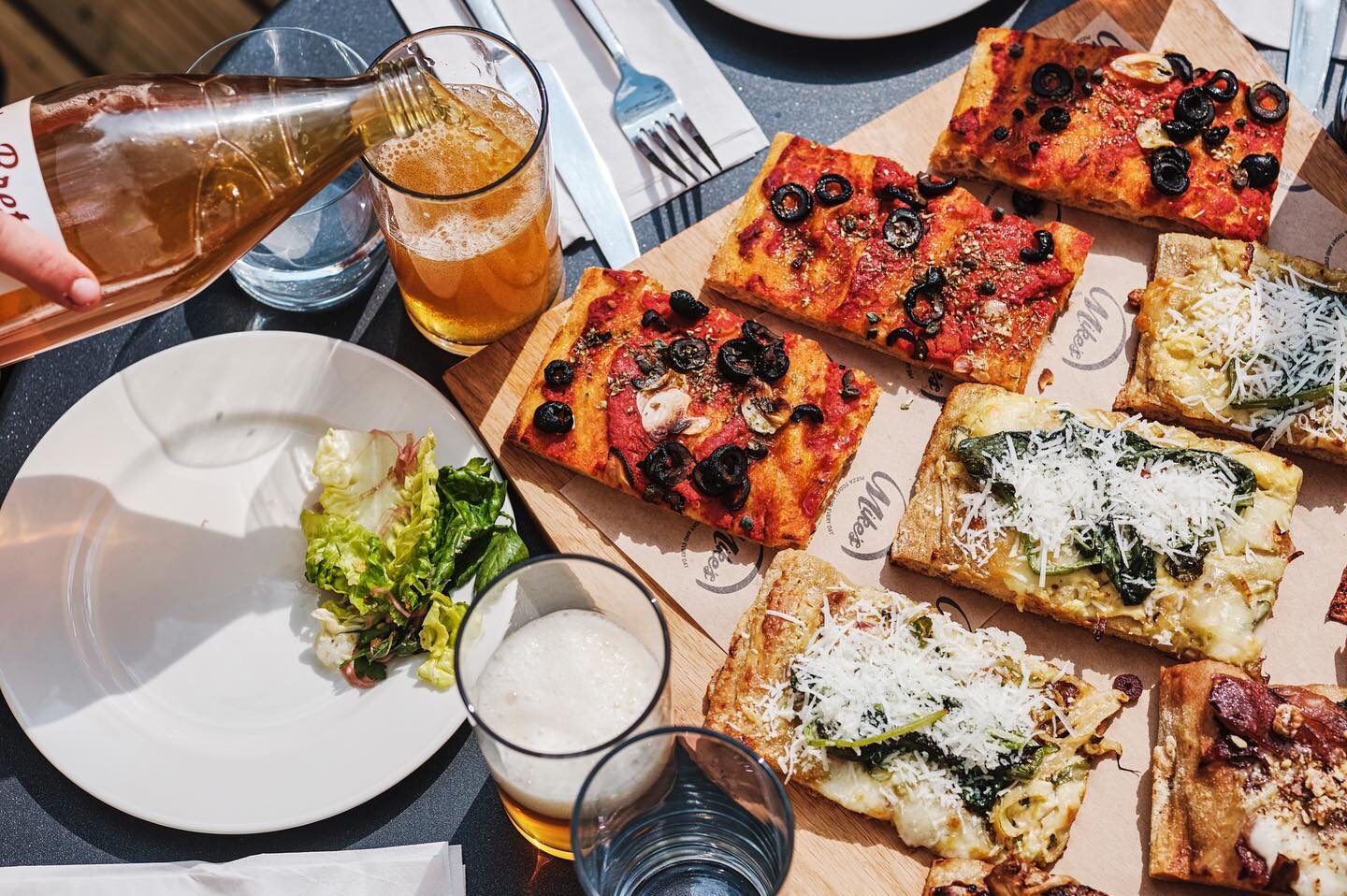 Mike’s is the home of piping hot Roman-style pizzas, served by the slice in a former cash & carry warehouse in Copeland Park. It comes to you from the team behind the popular Frank’s and one Gabriele Bonci, who is known as “the Michelangelo of pizza” in his native Italy. And once you try his mortadella and burrata stuffed pizza, you’ll see why. 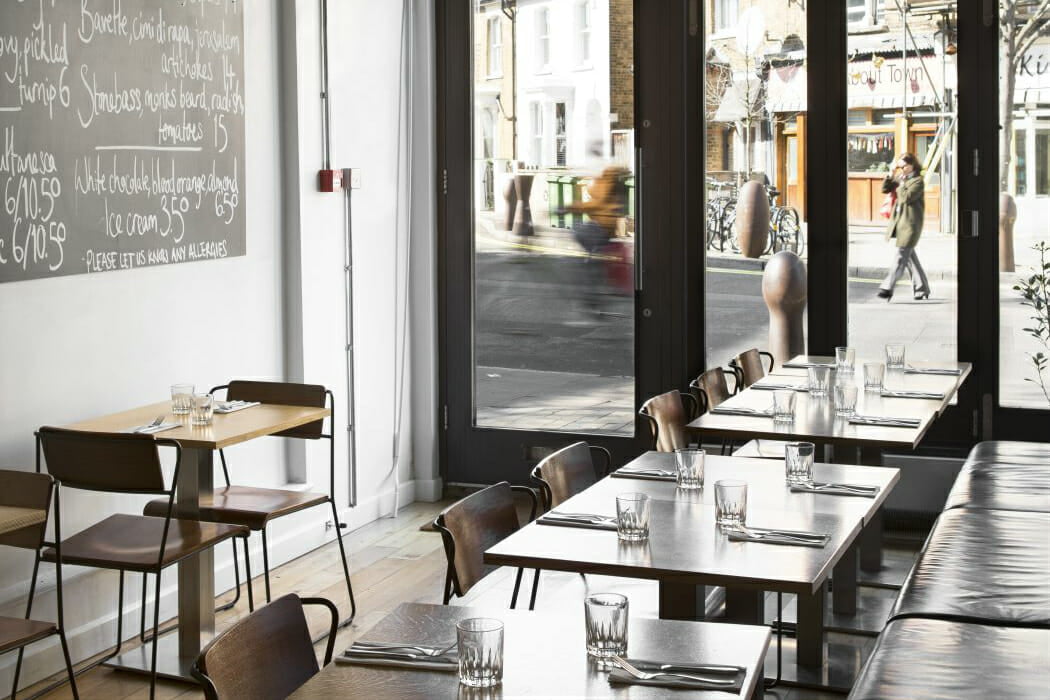 Gimmicks can be great. Sometimes you’ll really hanker after a café in a former operating theatre that only serves seaweed handpicked by Norwegian goats – but for every other time, there’s Artusi. Taking on the simple design du jour of Peckham eateries, it sports white walls, simple furnishings and a blackboard boasting the roster of dishes available that day – but this deceptively simple get up only serves to frame the real artistry in the lightly Italian-influenced food that’s had universal acclaim from critics and locals alike.

Feeling thirsty after touring the best restaurants in Peckham? Take a look at our guide to Peckham’s best bars

Best Date Ideas in the City Moorgate. Not London’s most famously romantic spot. But, somehow, we’ve managed to make it so….

The City 24 Hour Guide Presenting your ideal way to spend 24 hours in the City. And it involves precisely zero office blocks.

24 Hours in Islington If you have 24 hours left to live and you have to stay in Islington, then we’re sorry, and very curious as to how that came about. But here’s what you should do….